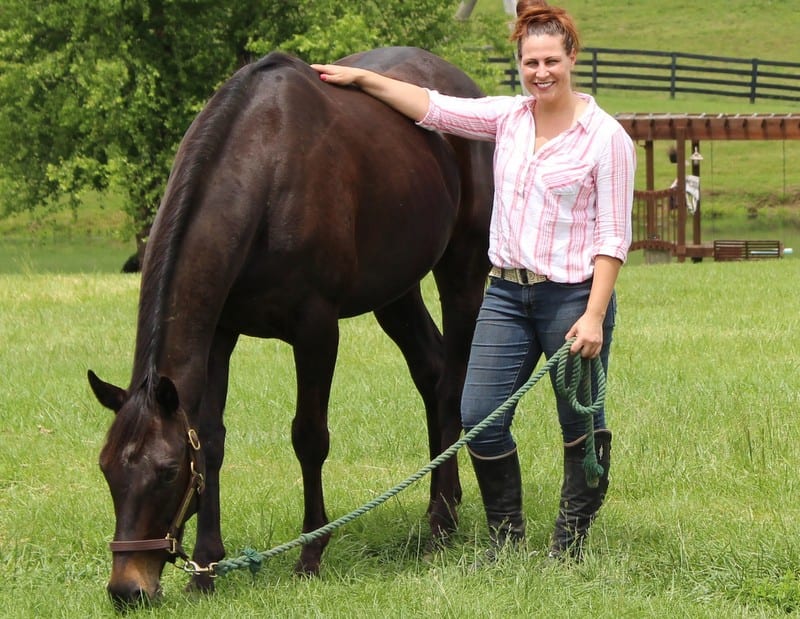 After serving for four years as Retired Racehorse Project's executive director and five years prior to that as a board member, Jen Roytz announced this week that she will be stepping down from her leadership role at the end of the year. Longtime staff member and current managing director, Kirsten Green, will serve as interim executive director while the organization conducts a national search for the role.

Under Roytz's leadership the Retired Racehorse Project (RRP) has expanded in both size and scope. The organization's flagship event, the Thoroughbred Makeover and National Symposium, has grown into the largest and most lucrative retraining competition for off-track Thoroughbreds in the world, hosting hundreds of equestrians competing on Thoroughbreds in their first year of retraining after racing for well over $100,000 in prize money. The event also includes a robust vendor fair, racehorse retraining clinic, seminars, health and soundness exams for all horses competing and more. Since 2019 the event has also played host to the Thoroughbred Aftercare Summit, a joint effort between the RRP, Thoroughbred Charities of America, Thoroughbred Aftercare Alliance and The Jockey Club's Thoroughbred Incentive Program (T.I.P.).

In 2018, the RRP launched its now-popular Master Class series. These clinics, held throughout the country, showcase the various approaches professional trainers from various equestrian backgrounds take when working with Thoroughbreds transitioning to new careers after racing. This past year, the RRP partnered with OTTB United to create a mobile app specializing in the adoption and sale of off-track Thoroughbreds.

“It has been one of my life's greatest honors to head up an organization that is making such a profound difference in how Thoroughbreds are received and repurposed by the equestrian community. In my opinion, the RRP's focus on expanding the market of equestrians who are willing and able to transition racehorses to sport horses is a critical part of the aftercare equation,” said Roytz. “As someone who is active in both the racing and equestrian worlds, this organization is close to my heart, and its mission speaks to my soul. I look forward to staying engaged with the organization and its leadership team and supporting them in whatever ways I can.”

In addition to serving as the executive director for the RRP, Roytz is a partner in Topline Communications, a marketing and communications agency based in Lexington, Kentucky. She and her fiancé also own and operate Brownstead Farm, where they focus on Thoroughbred breeding, selling, breaking of young horses and post-racing retraining. Roytz's board affiliations include the Thoroughbred Aftercare Alliance's Advisory Board, the Kentucky Horse Council, the National HBPA's Aftercare Committee and Saddle Up Safely, among others.

This past October, the RRP hosted the largest event in its organization's history. When the 2020 Thoroughbred Makeover was forced to postpone due to COVID19 restrictions, the organization made a commitment to its competitors that the time and investment they had made into the hundreds of horses pointing to that year's competition would be rewarded and that they would have the opportunity to compete once pandemic-related restrictions were lifted. This year, the RRP hosted the “Mega-Makeover,” which hosted both the 2020 and 2021 classes of competitors and offered more than $135,000 in prize money for each year's entries.

The week-long event, held at the Kentucky Horse Park on October 12 through 17, also included the inaugural T.I.P. Barrel Racing Championship, one of several collaborations between the two organizations in recent years.

“Jen's efforts on behalf of the RRP over the term of her leadership have continued the organization's remarkable growth trajectory and expanded its network, opening doors that have created strong working relationships with racing institutions and aftercare organizations alike,” said Green. “We're so thankful for Jen's tireless enthusiasm, collaborative spirit, and thoughtful stewardship of our charitable mission and I look forward to supporting the board in their search as we transition into the next chapter in the RRP's work.”

Founded in 2010 by Steuart Pittman in response to the Thoroughbred breed's decline in popularity in the sport horse world and residual adverse impact on viable homes and career opportunities for them after racing, the RRP set out to shine a spotlight on the breed for new and old audiences alike. The organization began by putting on demonstrations at equine expos and equestrian events that showcased off-track Thoroughbreds in various equestrian disciplines. In 2011 the RRP hosted the 100-Day Trainer Challenge, an invitational retraining competition. The following year, thanks to seed money from longtime supporter, lead benefactor and current board president, Dr. Carolyn Karlson, the organization hosted the inaugural Thoroughbred Makeover the following year with 26 competitors.

“It's been the greatest honor to support RRP and the Makeover from its infancy to where it stands today as a nationally-recognized brand of excellence for Thoroughbred aftercare,” said Karlson. “Working alongside both Jen and Steuart to facilitate this growth over the last decade has been a true privilege. The RRP Board extends their profound thanks for Jen's leadership and commitment to the RRP mission.”

The RRP has gained national recognition in recent years for increasing demand and value for Thoroughbreds after racing and helping them regain their prominence in the sport horse world. The RRP was the recipient of the ASPCA's Equine Welfare Award in 2021 and previously has been similarly honored by the Equus Foundation. Roytz has represented the RRP on stages throughout the racing and equestrian world, including as the keynote speaker at the 2018 United States Hunter/Jumper Association Annual Convention. She has also been a featured speaker and/or panelist at the University of Arizona Racetrack Industry Program's Global Symposium on Racing, the Grayson Jockey Club's Welfare and Safety of the Racehorse Summit, the ASPCA's The Right Horse Summit, Equestricon, the National Conference on Equine Law, U. S. Pony Club Festival, Equitana and more.

“The team behind the RRP is the reason this effort has been so successful. Their loyalty to the organization, its mission and to each other are why the RRP has accomplished all it has in a relatively short period of time,” said Roytz. “Kirsten Green, the RRP's longest-serving employee, has played a pivotal role in both the RRP's evolution and my success at its helm. I'm incredibly grateful to her, and to the staff and board, for their support and excited for what the organization's future holds, as it is surely bright.”

The RRP board of directors is conducting a national search for Roytz's successor. Interested candidates are invited to send their resume and cover letter to [email protected] A full job description can be found here. 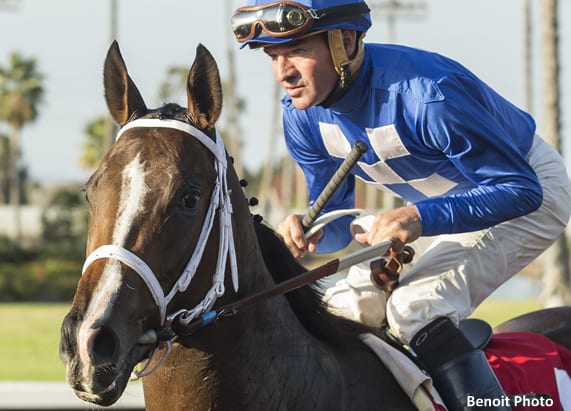 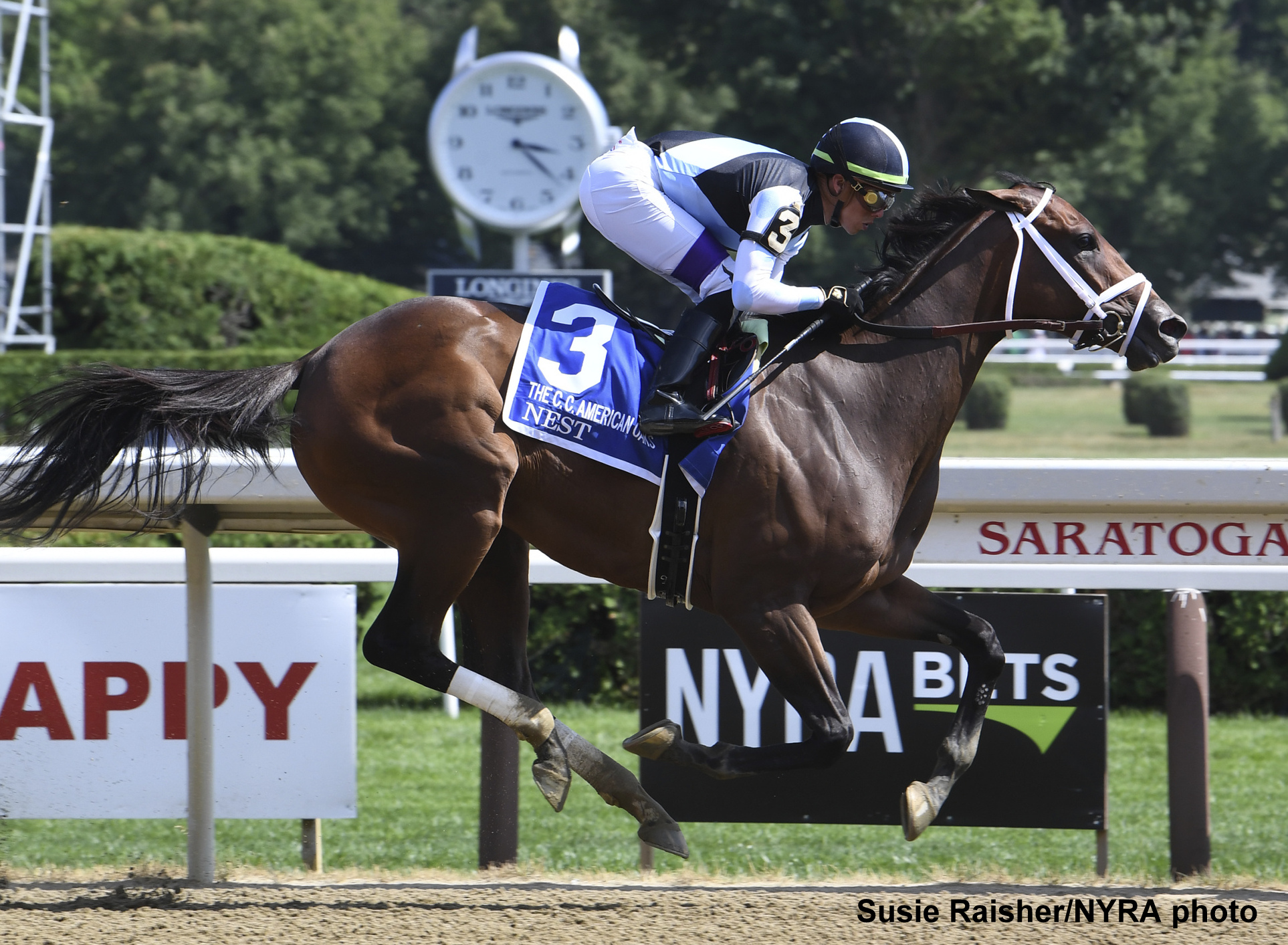