Upset outside Impressions with several of the shop’s staff. Photo courtesy Maddy Zanetti

With Labor Day weekend come and gone, the Saratoga race meet is over for another year. The barns are probably already a little emptier, the grandstand is mostly quiet, and the traffic on Broadway is finally lighter. However, just because the tourists and racegoers are gone, that doesn't mean the work of Upset is done.

Racing folk who went downtown for dinner or shopping after the races have probably seen 14-year-old Upset out and about. He appears in parades. He attends museum grand openings. He hosts an April birthday party for himself each year. He goes to the Thoroughbred Retirement Foundation's fundraiser barbecue. He does an annual fun run with children for charity. Many people see him munching hay on the sidewalk outside Impressions of Saratoga or The Dark Horse Mercantile, both gift shops run by Zanetti and Marianne Barker.

“One of the most popular comments is, 'Wow that's a really big dog' or 'Only in Saratoga,' said Maddy Zanetti. “People love it. He loves the attention, and people love getting their picture taken with him.

“I think it's also educational, because people ask lots of questions about horses. Even people who are racing fans, it's amazing what they don't know about horses. They'll see him and think he's a foal, that he's going to be a racehorse someday. Or they don't know the lifespan of horses or what their teeth look like or anything because they've only ever seen them from afar.”

Zanetti and Barker had the idea to find a brand mascot in 2014 when they launched The Dark Horse Mercantile. The brand focuses on the archetype of the “dark horse” at the races who can surprise with an impressive finish. For Zanetti and Barker, the notion of a “dark horse” ties in with Saratoga's reputation as the graveyard of champions. The name of Upset seemed like a natural choice.

“It started out that we wanted an icon for Saratoga. When you see a crawfish you think of New Orleans; when you see the black dog you think of Nantucket or Maine,” said Zanetti. “When you hear Saratoga, you think of a horse. We talked about Jim Dandy and Onion and things, but we decided Upset was the most infamous.

“Upset ran against Man o' War so many times and came in second place. Harry Payne Whitney kept entering him again and again. He was a great horse probably, if it had been a different year.”

The next task was finding a mini horse who could put up with crowds and indoor environments.

“Upset was actually a show horse out near Cobleskill, N.Y., and she was looking to find a new home for him because even though he'd done well in the show ring halter classes she said he wasn't super into it,” recalled Zanetti, who agreed to take the little horse on trial. “We walked him downtown once, and the first event he was in, he was in the Flag Day parade and was behind one of the bands that has trumpets and drums and they were firing off shotguns with blanks. He was just like, 'Ok, this is what I'm doing now.' So we thought he's perfect.”

Upset lives on a boarding farm in Saratoga Springs alongside Zanetti and Barker's riding horses, and has a friend of his own in Poppy, a white mini horse/Shetland cross. Poppy sometimes accompanies Upset to more relaxed events, but is not as fond of loud noises as Upset and is mostly a homebody.

Upset rides in style to all his events.

“We take him in this Warmblood two-horse trailer which is huge,” said Zanetti. “We've modified it so that he has a stall, and his parade cart can go in it. He has so much space in there and it's just him usually, so we call it his limo.”

For times when you can't find him in downtown Saratoga, Upset can delight fans through his own children's book. The book, written by Zanetti and illustrated by Saratoga's Gretchen Tisch, was published in 2018 and has proven so popular it has sold out. Zanetti is in the process of organizing a reprint. The book tells the story of Upset's defeat of Man o' War in the 1919 Sanford Stakes through the eyes of a mini horse. The story's goal is to encourage readers to believe in themselves, even when the odds are long. 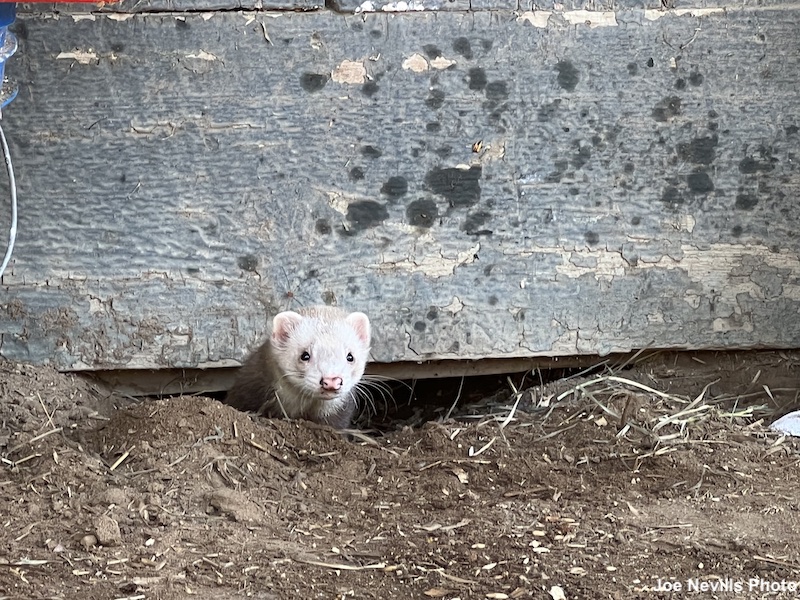 Barn Buddies Presented By Dapple Up: A Different Form Of Rodent Control