“Now is the winter of our discontent

Made glorious summer by this sun of … Gun Runner”

“Frank, are you misquoting Shakespeare again?”

“Well, sort of. I prefer to think of it as expanding the context of the immortal Bard, Ray.”

“I don't believe the greatest writer in the language needs you to improve him. Consider your poetic license revoked.”

“Now don't be hasty, Ray. I'm searching for an angle to write about the greatest young stallion in contemporary breeding … ahem, Gun Runner.”

“Oh, Secretariat! Not that again.”

But, yes, the chestnut shark from Three Chimneys has surfaced once again, this time carrying off a classic.

Gun Runner (by Candy Ride) picked up his first classic winner when Early Voting won the 2022 Preakness Stakes at Pimlico on May 21 by 1 ¼ lengths over Epicenter (Not This Time). Early Voting also became the fifth Grade 1 winner for his sire, following juvenile champion Echo Zulu, 2021 Hopeful Stakes winner Gunite, then a trio in the past two months: Taiba (Santa Anita Derby), Cyberknife (Arkansas Derby), and the Preakness winner.

Of course, Gun Runner isn't doing all this by himself. He was bred to some very nice mares, such as the dam of Early Voting, the Tiznow mare Amour d'Ete. As a 2013 Keeneland yearling, Amour d'Ete sold for $1.75 million to Borges Torrealba Holdings. As sometimes happens, the well-regarded filly never raced and then was bought back at the 2016 Keeneland November sale for $725,000 when in foal to Kentucky Derby winner Super Saver (Maria's Mon).

One reason for the appeal of the mare as a yearling and broodmare is that she's a full sister to Irap, winner of the G2 Blue Grass Stakes and G3 Ohio Derby and Indiana Derby, as well as being the second-place finisher in the G1 Pennsylvania Derby and Los Alamitos Futurity.

A further reason is that Irap and Amour d'Ete are half-siblings to champion sprinter Speightstown (Gone West), a leading national sire standing at WinStar Farm, as Tiznow had done. All three siblings are out of Silken Cat (Storm Cat), a winner in three of her four starts and champion 2-year-old filly in Canada. Silken Cat produced four daughters who have gone on to be broodmares, and Amour d'Ete is the third to produce a graded stakes winner.

The others are the unplaced (in two starts) Cableknit (Unbridled's Song), the dam of Capezzano (Bernardini), winner of the G1 Al Maktoum Challenge Round 3; and the unraced Gone Purrfect (Gone West), who is the dam of Golden Hawk (Tapit), winner of the G3 Grey Stakes.

The dam of Silken Cat is the Chieftain stakes winner Silken Doll, a half-sister to Grade 1 winner Turk Passer (Turkoman).

This family traces back through some distinguished racers and producers to a bay daughter of 1926 Kentucky Derby winner Bubbling Over (North Star III). Her name was Hildene.

Bred in 1938 by the Xalapa Farm of Edward F. Simms, Hildene sold as a yearling for $750 to engineer and entrepreneur Christopher Chenery, and she was once third from eight starts. At stud, however, she was something else.

Chenery sent his broodmare to a young sire standing in Virginia at Arthur B. Hancock's neighboring Ellerslie Stud. The young stallion was named Princequillo, and the offspring from the mating of 1946 was a bay colt of 1947 that Chenery named Hill Prince.

Voted the top juvenile colt of 1949 in the Racing Form poll, Hill Prince was highly regarded for the 1950 classics and won the Wood Memorial on his way to the Kentucky Derby. Middleground (Bold Venture) won the Derby, with Hill Prince second. Then Hill Prince won the 1950 Preakness by five lengths from Middleground.

Racing through the rest of the year, Hill Prince won the American Derby and Jockey Club Gold Cup, among other good races, and was named champion of his division, as well as Horse of the Year.

Hildene went on to produce multiple other stakes winners, including champion juvenile First Landing (Turn-to). Among her foals that didn't win stakes was the dam of champion filly Cicada, all bred by Chenery and racing in his Meadow Stable silks. Hill Prince was the Meadow Stable's first national champion, and more than 20 years later, Secretariat was its last.

Seventy-two years later, the family has won another Preakness Stakes with another son of a young sire with his first crop of classic age.

Bloodlines: Flightline At Lane’s End, And The Family Shoes He’ll Aim To Fill 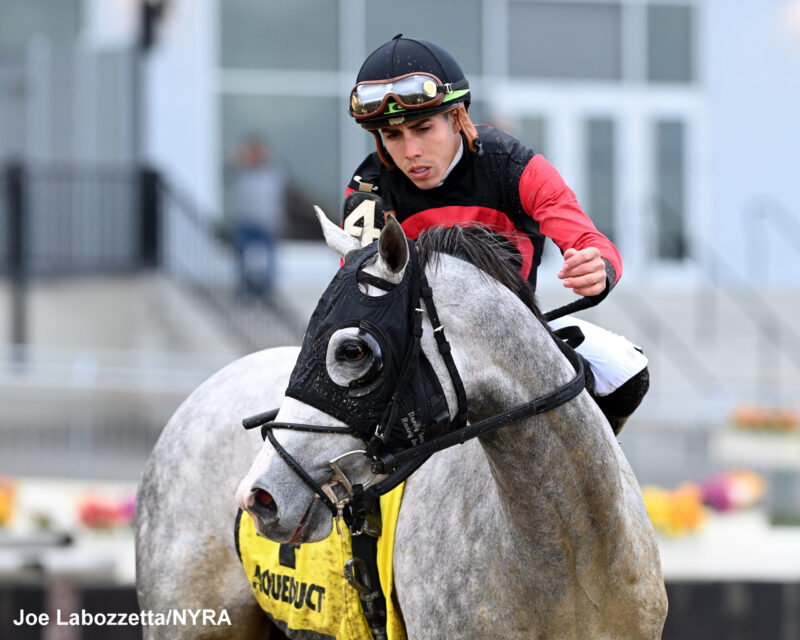