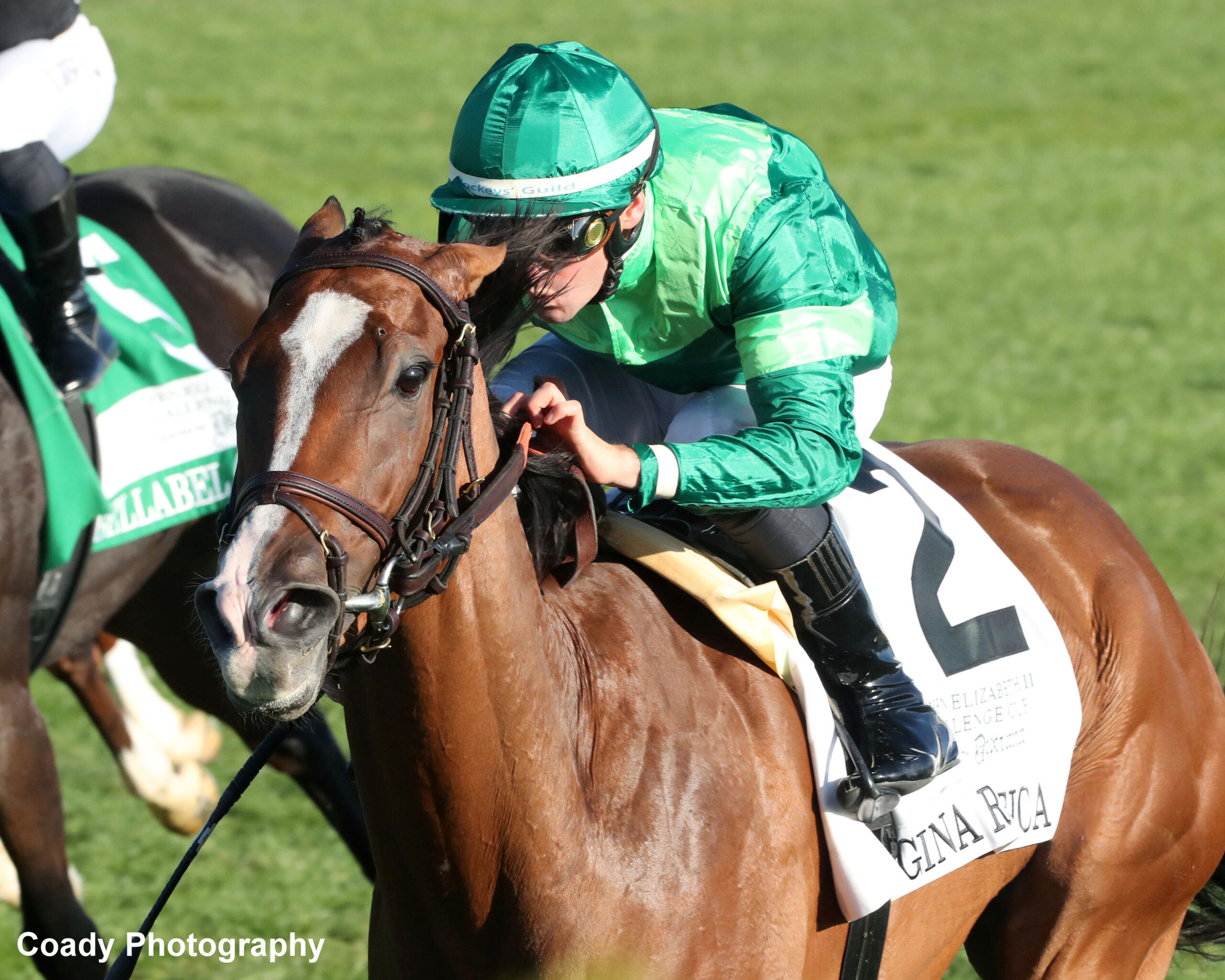 Gina Romantica, winner of the Grade 1 Queen Elizabeth II Challenge Cup, is the fourth graded stakes winner from her dam, the Unbridled's Song mare Special Me. The daughter of Into Mischief (by Harlan's Holiday) is the second Grade 1 winner from the mare. All of them were bred by Machmer Hall, Carrie Brogden, and Craig Brogden.

And yet, that these foals even exist is nearly a miracle. Their dam Special Me was born compromised by nocardioform placentitis, a particularly harmful infection of the placenta that frequently results in late-term loss of a pregnancy or a foal that is notably small or low weight.

Obviously, with Special Me, the pregnancy survived, but breeder David Hayden recalled, “She was an absolute midget.

“I know a lot of people wouldn't keep a foal like that, especially one bred on a big stud fee,” Hayden said, and Unbridled's Song stood for $125,000 live foal in 2005, the season that Special Me was conceived. “The vet said, 'Leave the barn and I'll take care of this.' I said, 'No. I can't do that. We're going to play it out.

“She was alive, jumped up and nursed right away, was okay if really small. I couldn't put her down,” Hayden admitted.

That would have been the smart economic decision because Dark Hollow had to pay a big stud fee, then significant vet bills when the young filly ran into a fence and injured her left shoulder, and finally the continuing costs because Special Me couldn't be sold because of her diminutive size, and when put into training, couldn't have outrun me.

“Dave Hayden is the hero of the story,” Carrie Brogden said. “What he did for this mare was amazing. They took a terrible financial hit.”

When Special Me had raced unsuccessfully three times and had just turned three, “we'd had enough and put her in the Keeneland January sale in 2006,” Hayden said. “We knew going in, it was going to be big loss, but on the other side, we claimed the dam of Safely Kept for $11,000, and we've bred our share of good horses.

“We sold her as a broodmare prospect for $6,000, and full marks to Carrie for making it work,” Hayden concluded.

Even the Brogdens' acquisition of Special Me wasn't as straightforward as usual.

“We were ready to claim this mare before she went to the sale, and the trainer that we had to make the claim for us refused to do it,” Carrie recalled. “He said she was the size of a large pony, and he wasn't joking.

“So we didn't get her through a claim. Then we saw she was in the Keeneland January sale, and I went to look at her at David's consignment. He told me all about the placentitis, and I looked at her, and I couldn't resist. I love Unbridled's Song mares.

“The only reason I found her Special Me was that I was specifically searching for Unbridled's Song mares. That's what led me to her at the racetrack, then at the sale.”

There was no question that the mare was severely compromised by the nocardioform placentitis. And although the disease did not affect this mare's ability to produce good foals, Carrie voiced a caveat about buying other mares of this type: “We have bought four mares who were compromised as foals. Half worked out; half had small foals like themselves. But there's only one Special Me.

“Eltimaas, the dam of [2016 champion sprinter] Drefong, and Special Me have funded our children's educations and our home and operation. It's an amazing experience.”

And normally, the Brogdens would have sold Special Me after her first or second stakes winner.

Carrie Brogden said, “We make our living by selling horses, and normally we sell on the update,” when a mare hits with a big runner, she goes to the sale. “But we had to keep Special Me because she's a large pony … and now we just hope for a safe foaling” with the 16-year-old mare.

The happy owner-breeder said: “Special Me is about 14.2 but is a normal-bodied mare. Her genetics weren't compromised the way that her body was, and she gets beautiful foals.

“When she's done breeding, she'll have a paddock here. This is her home.” 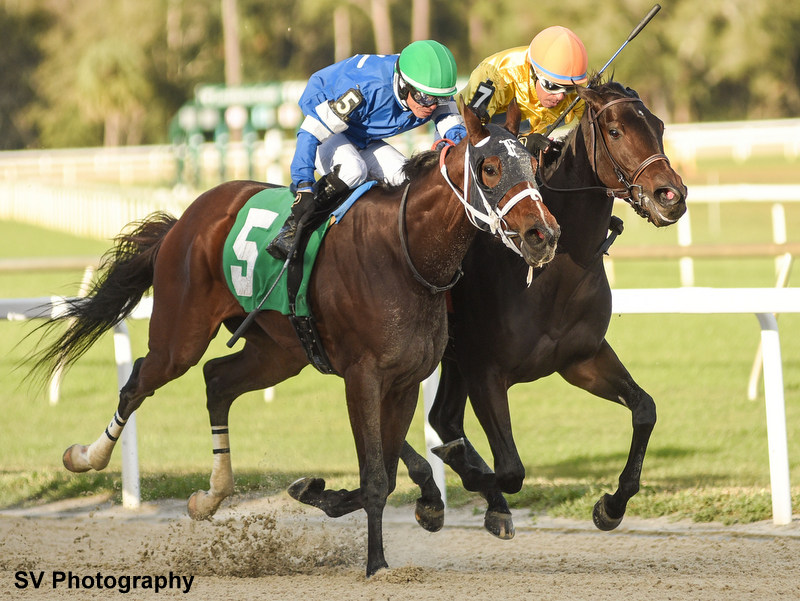 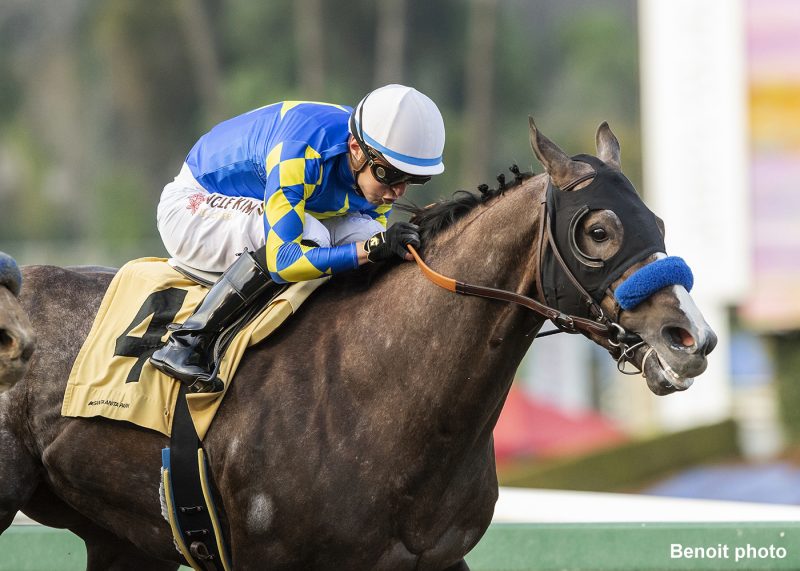 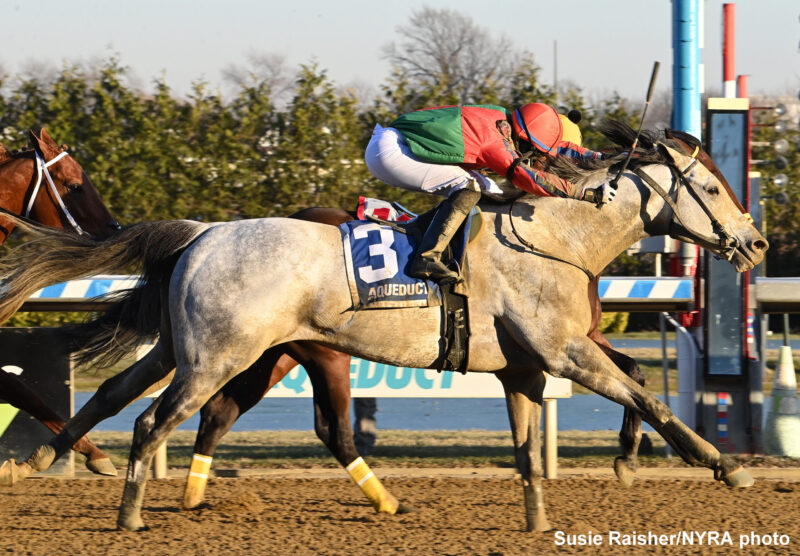