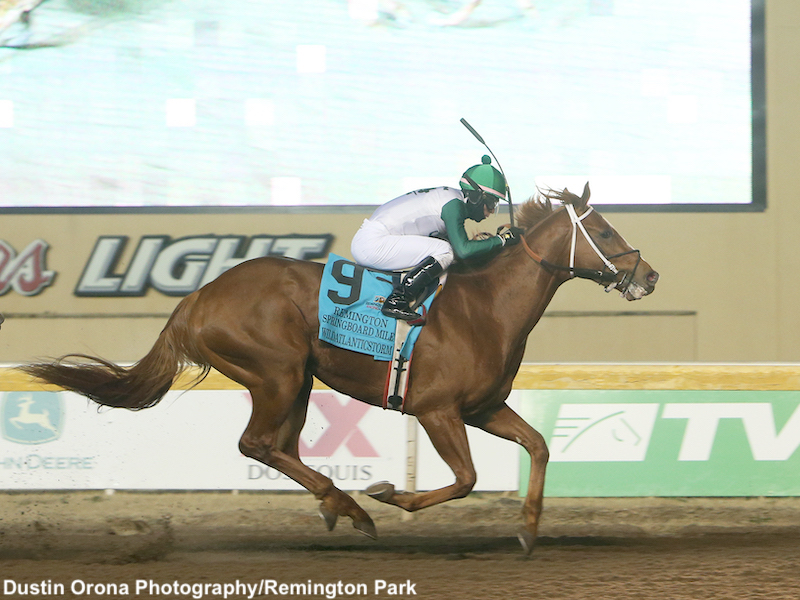 Thirteen and a half years ago, the diminutive bay gelding named Mine That Bird was hauled over 1,000 miles from New Mexico to Churchill Downs by his trainer, Chip Woolley. His 50-1 upset will forever remain a legend in the history of the Kentucky Derby.

This year, another trainer from New Mexico could be poised to take his shot at the Run for the Roses: H. Ray Ashford, Jr., 51, sent out Wildatlanticstorm to win the $400,000 Springboard Mile at Remington Park on Dec. 17.

“I thought he was overlooked in the betting, because he really hadn't done anything wrong,” Ashford said. “I thought we had a legitimate shot to do very well.”

The 2-year-old son of Stormy Atlantic defeated his rivals by 1 ¼ lengths at odds of 15-1.

“He was sitting third early, and I figured we had a shot to finish second or third,” recalled Ashford. “Even if he'd run third, we'd still have been pretty proud of that! Then at about the quarter pole, when he took over, I thought he might be able to win it.

“Me and my two boys were pretty fired up there at the finish line! I've got a little sore throat now, for sure, but I've felt pretty good the last couple of days!”

The Jim Jorgensen-owned Wildatlanticstorm didn't earn any points toward the Kentucky Derby since he raced on Lasix, but Ashford is planning to take the colt off that medication for his next start on the road that hopefully leads to Louisville, Ky., on the first Saturday in May.

Whether that next start comes at Oaklawn Park in Arkansas or at the Fair Grounds in Louisiana is yet to be decided, but even a chance at the dream that is the Kentucky Derby is enough to have Ashford's emotions running high.

“It's a good problem to have, trying to figure this stuff out,” he said. “We're excited, especially for a homebred, an Iowa-bred, to even be thinking about this is pretty dang cool. We have plenty of decisions to make.”

Ashford also trained Wildatlanticstorm's dam for Jorgensen, a daughter of Big Brown named Imsortaspecial. She won four of her 19 starts for earnings just shy of $90,000, but it's the mare's name that holds special meaning for Ashford, since he trained another horse by that name 20 years earlier.

“The very first stakes race I won as a trainer was this little $10,000 added race at Ruidoso Downs (the 1994 Ruidoso Sprint Championship),” he explained. “The horse's name was Imsortaspecial, and he was ridden in that race by Todd Fincher.”

(Fincher is now among the leading trainers in New Mexico history, and even won the 2020 edition of the Springboard Mile with Senor Buscador after stabling the horse in Ashford's barn.)

When Ashford first caught sight of the Big Brown filly at the 2015 Keeneland September Yearling sale, he thought she looked just like the original Imsortaspecial.

“That horse always had a special spot in my heart, and she looked a lot like him, so I named her after him,” Ashford said. “When she hurt her ankle, we decided to breed her.”

One of the most impressive things about Wildatlanticstorm is his size: the colt stands “probably about 16 hands, maybe 16.1,” but he weighed in at a whopping 1,238 pounds ahead of the Springboard Mile.

“He's not giant tall, just pretty stocky,” Ashford said. “I watched the replay about 10 times, and he's just bigger than those horses. But he's pretty easy on himself in the mornings; he doesn't try to run off or anything. If you want him to put in a little maintenance work in :51, that's cool, or if you wanna go in :46, that's cool too.”

Ashford knows most racehorses aren't that easy; he grew up watching his father train horses as a hobby.

“I can't remember us not having racehorses, since I was a little bitty kid,” Ashford said. “In the summer we would go to Juarez, Mexico, and train there. It wasn't a lot of money but we had a lot of fun!”

When he graduated high school in 1989, Ashford moved to Ruidoso Downs the very next day.

“I never looked back,” he said. “I had two horses for my dad, and I worked for a guy riding the pony and in the barn. I was working pretty hard, so eventually I figured I might as well do it for myself!

“There's been ups and downs, of course. There's a few days when you're not winning any races, and I think, 'I might have should have went to school!' But I have no regrets. I wouldn't change anything that I've done. I've met a lot of good people, made a lot of friends going around doing this.

“When I quit getting butterflies when they go in the gate, I'll quit doing this.”

Now based out of Oklahoma, Ashford also runs horses in Iowa in the summer, Texas in the winter, and still a few in New Mexico, as well. His stable is in the midst of a career year for earnings in 2022, approaching $1.13 million, with 43 winners.

However, Ashford has never run a horse at Churchill Downs, nor has he ever entered a horse in a graded stakes race. He hopes those two facts are about to change.

Earlier this year, Wildatlanticstorm was broken out at the training center in Claremore, Okla., before beginning his early lessons under the guidance of Ashford's two sons, Tristan, 20, and Logan, 17.

“The boys kept bragging on this horse, said that he was outworking everything they put him against,” Ashford said. “I was at Lone Star Park for the meet, and I pulled the 'dad card' and said, 'Well, then, you boys might have to bring that horse on over to me!'”

Wildatlanticstorm ran second in his debut at Lone Star in July, then broke his maiden at second asking in his home state of Iowa at Prairie Meadows. Shipped back to Oklahoma, Wildatlanticstorm won an allowance race, was just defeated in the Kip Deville Stakes, and won the Clever Trevor Stakes ahead of entering the Springboard Mile.

Following the big win, the Ashford family followed their colt to the test barn, waited for him to cool out, and then kept eyes on him back at the barn while he got a late dinner. They got home at 1 a.m. so went straight to bed, but they did enjoy a celebratory dinner at Outback Steakhouse the next day.

Ashford admits that while training a horse for the Kentucky Derby has always been a dream of his, it wasn't something he often thought he would achieve.

“You wouldn't do this if it wasn't laying there in the back of your mind, 'The next one could be the good one,'” he said. “I mean, I probably joked around about going to the Derby a few times, but that was before this horse came into the barn.” 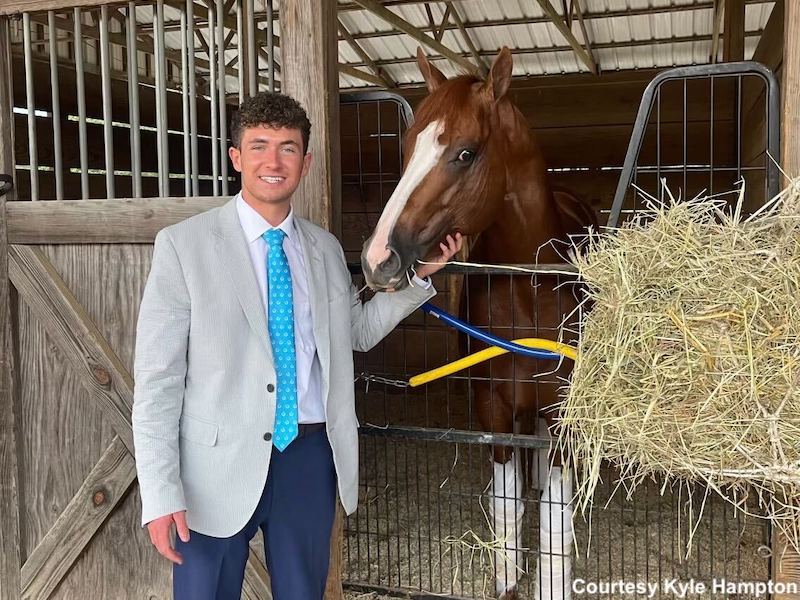 Breeders’ Cup Presents Connections: Cash’s Commitment To Racing Is Through The Roof 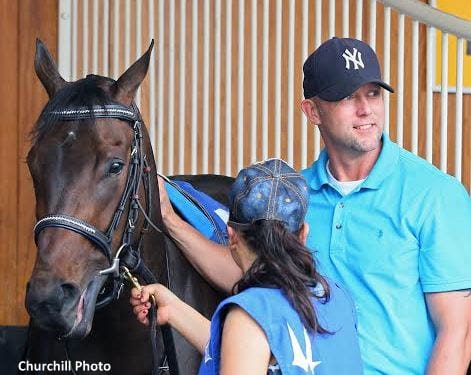 Breeders’ Cup Presents Connections: ‘If You Have Dreams, You Have To Take A Chance And Follow Them’