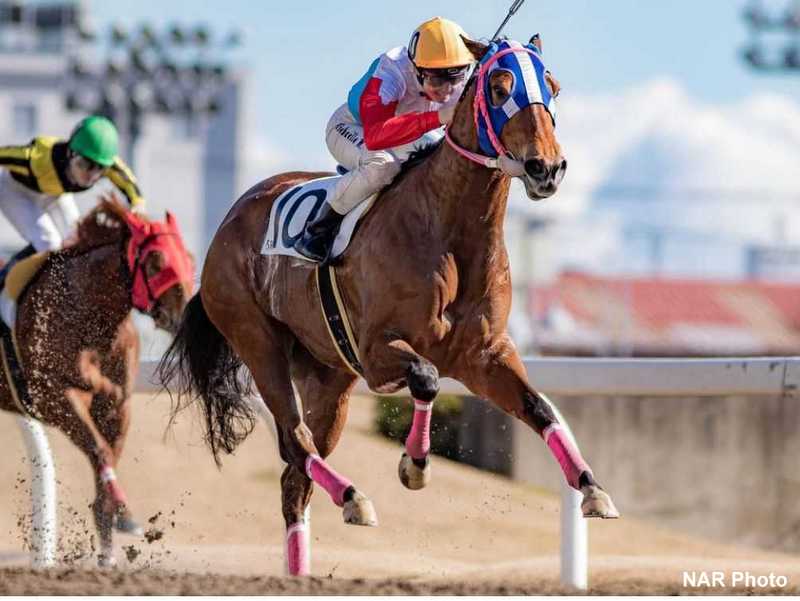 Mickaëlle Michel winning on the dirt in Japan

French-born jockey Mickaëlle Michel will have her first U.S. ride this Thursday at Churchill Downs, named aboard a 20-1 shot in the featured turf allowance race for trainer Graham Motion.

The 26-year-old made the move to Kentucky after more than four years winning races in six different countries, including on the dirt in Japan, because she believes the United States offers the best opportunities for an aspiring female jockey.

“If you are a good rider, male or female, it doesn't matter,” Michel said. “France is not ready to give female riders the chance to ride group races, and there are already a lot of superstar female jockeys in America, like Julie Krone, Chantal Sutherland, and Sophie Doyle.

“They don't have female jockeys like that in France. It's a good challenge to prove that a female can do it.”

Michel was not born into a horse racing family, but she always loved horses. At 14 years of age, she discovered a jockey school in Marseille near her home, and immediately fell in love with the sport.

“It became my goal to be a jockey,” she said. “I would like to become an international jockey like Frankie Dettori or Irad Ortiz, who can ride a group race all over the world.”

Her first agent, former jockey Frederic Spanu, helped Michel to become the first female jockey to top the Cagnes-sur-Mer winter meeting, beating regular top French riders such as Maxime Guyon and Christophe Soumillon. She went on to capture the 2018 leading apprentice jockey award in France with a then-record tally of 72 wins.

Spanu and Michel would eventually fall in love; they married in January of 2021.

Michel remembered that he said early on that her aggressive riding style would suit the racing scene in the United States.

“I like to ride hard and fast races,” Michel said. “In France, it's tactical races, and I had good results there, but he said my riding style is better for the U.S. or Japan.”

As it so happened, Japan came calling first.

Michel rode in the World All-Star Jockeys Challenge in 2019, winning one of the contest races and finishing third overall.

“The atmosphere was fantastic, with so many fans on the racecourse,” she remembered. “It was my first ride on the dirt and I really liked the style.”

Japan's famed Shadai Farm then asked if Michel would be willing to ride for them on a short-term license in 2020, and she quickly accepted.

During her two months there, riding eight races per day on the dirt for a total of 294 mounts, Michel won 35 starts to set a record for number of wins for a foreign jockey on the Japanese NAR circuit. She also added 30 seconds and 30 third-place finishes to her tally.

“Eight races each day on the dirt is really physical, so I got a lot stronger, and it was a really good experience,” Michel said. “Still, I didn't speak Japanese, so I had to have the translator with me every day. It was hard because the jockeys have to be in quarantine the day before the races.

“I was alone with all male jockeys in quarantine and nobody spoke English. I had to wait until after all the men took their shower to take mine, and it was very difficult, mentally. I started to learn the language, and I was young so it was a good experience; I proved I could do it.”

Also in 2020, Michel finished second in the jockey challenge in Riyadh, Saudi Arabia, and won the historic Group 2 Premio Jockey Club in Italy.

Though the pandemic prevented Michel from returning to Japan in 2021, she rode Group 1 races in Dubai and Germany and was a part of that year's winning team for the Shergar Cup at Ascot.

At the beginning of 2022, Michel was involved in an accident that kept her out of the saddle for three months.

“I took a lot of time to think about my career, what I really want,” she said. “I really love riding on the dirt, so I decided I wanted to come to the USA.”

Michel reached out to bloodstock agent Jane Buchanan, who agreed to try her hand as a jockey's agent for the first time. Michel applied for and received a four-year visa to the U.S.

“I have four years to prove I belong here,” she said.

Spanu and Michel arrived in Kentucky just one week ago, and Buchanan has already booked Michel on two mounts at Churchill Downs.

“She was excited for the new challenge, and the feeling with her was very good directly,” Michel said. “We don't have a fixed plan because we want to see how it works and what's the feeling with trainers and owners. For the moment I'm breezing a lot and I'm riding my first race one week after I arrived, so it's a good start.”

Thursday's longshot mount is the filly Good Measure in a 1 ⅜-mile turf allowance contest. The Motion trainee ran third last out in an allowance race at Laurel Park.

“I breezed this morning for the first time on the turf, and the track looks nice,” Michel said. “I saw the last race of my filly, and she looks good; she made a good race of it last time.

“I'm looking forward to riding my first race in the USA at Churchill Downs. The track is just amazing. I'm very happy and proud to ride here.” 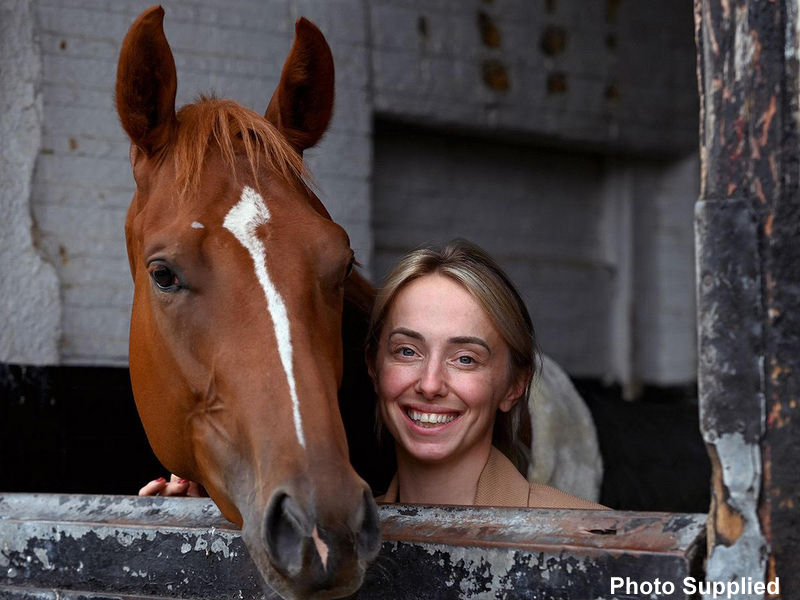 Breeders’ Cup Presents Connections: ‘In A World Where We Can Be Anything, We Should Be Better’