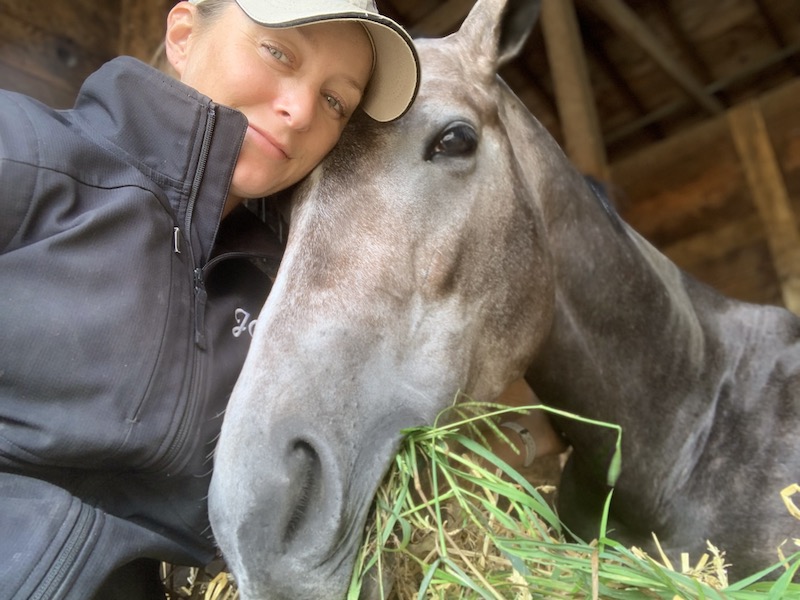 Bill Parcells displayed brilliance throughout his 19 seasons as a National Football League head coach to earn enshrinement in the Pro Football Hall of Fame. Now, at 81, he is still making all the right moves as a Thoroughbred owner.

Parcells offered a fitting tribute to the courage and talent of Melanie Giddings, a native of Canada and an assistant to trainer Jeremiah Englehart, when he named a New York-bred he purchased earlier this year after Giddings.

Maple Leaf Mel, a gray daughter of Cross Traffic that the two-time Super Bowl winner bought for $150,000 at Fasig-Tipton's Midlantic 2-Year-Old in Training Sale, is off to an auspicious start in state-bred company. She dominated her Aug. 10 debut by five lengths at Saratoga Race Course, then returned there 16 days later to capture the $200,000 Seeking the Ante Stakes by a comfortable 3 ½ lengths.

If anyone deserved to have a good filly named after her, it is 38-year-old Giddings. She said she endured agonizing, worrisome symptoms for five years before doctors discovered she was suffering from Stage 4 endocervical and ovarian cancer.

“It was a long time getting people to believe what I was telling them,” Giddings said. “My back felt like it was pretty well broken half the time and I was still galloping every day. My stomach started to swell quite a bit and I had a hard time breathing because the tumor on my left ovary was pushing into my lungs and into my ribs.

“I could barely work five hours a day. I'd be exhausted. I could hardly get up the stairs without taking a deep breath. It was rough.”

Everything in Giddings told her something was terribly wrong. But she said that bloodwork, x-rays and scans indicated to doctors she had cysts, not the cancerous cells that were wreaking more havoc every day. She credits Dr. Erica Takimoto, a gynecologic oncologist based in Louisville, for her survival.

“I feel she was the best I could possibly have had,” Giddings said.

She underwent surgery in June 2020 to remove two large tumors, one of which had spread from the uterus to the colon.

“They had to remove everything – my stomach lining, my uterus, everything,” she said.

The agonizing part was to come. She endured six rounds of chemotherapy that finally ended on Dec. 1, 2020. Twenty-eight rounds of radiation were completed on Feb. 12, 2021.

The combination took an extreme toll.

“Physically, you're just sort of bound to the couch,” she said. “Your job is trying to survive chemotherapy.”

Jockey Shaun Bridgmohan, a close friend, and her wonderful companion, Reese, a mix of Boston Terrier and mini schnauzer, got her through mentally. Bridgmohan was unable to sit with her for any part of her long days of chemotherapy due to the pandemic. He was there whenever possible to drive her to appointments. And he was beside her for many of the hardest times, a tower of strength when chemotherapy's side effects tortured her.

“It kind of breaks your heart,” Bridgmohan said, “because a few days after chemotherapy, she wasn't able to eat. You are throwing up and there is nothing to throw up because you haven't eaten.”

Bridgmohan praised her toughness and said, “She was always a very active person and she was young, so I think that got her through a lot.”

As for Reese's contribution to her recovery, Giddings said, “She makes you get up and get going. It's a good reason to live.”

Giddings remains a valued assistant to Englehart, but her bones have become brittle and she is no longer able to gallop horses.

“I would probably shatter to pieces,” she said, managing a laugh.

She copes with neuropathy in her feet, making it difficult to stand for long periods of time. There is some progress.

“I feel better this year than I did last year. I have a lot more energy,” she said. “My symptoms from all of the treatment I have gotten are slightly better. I still have a lot of hard days.”

Every doctor's appointment is hold-your-breath time.

“I'm praying for great results every time she goes back to the doctors,” Bridgmohan said.

So far, his prayers have been answered. Giddings was initially required to undergo a checkup every three months. That was recently extended to six months.

She may never allow herself to think the cancer that became so advanced is behind her.

“It's a little humbling when you sit there and look at the fact that, statistically, it's a 17 percent chance that it doesn't come back,” she said. “But I figure I'm young and keep trucking along and try not to think about it.”

She realizes that every day must be treasured and she has much to look forward to. Maple Leaf Mel's racing career has only just begun. 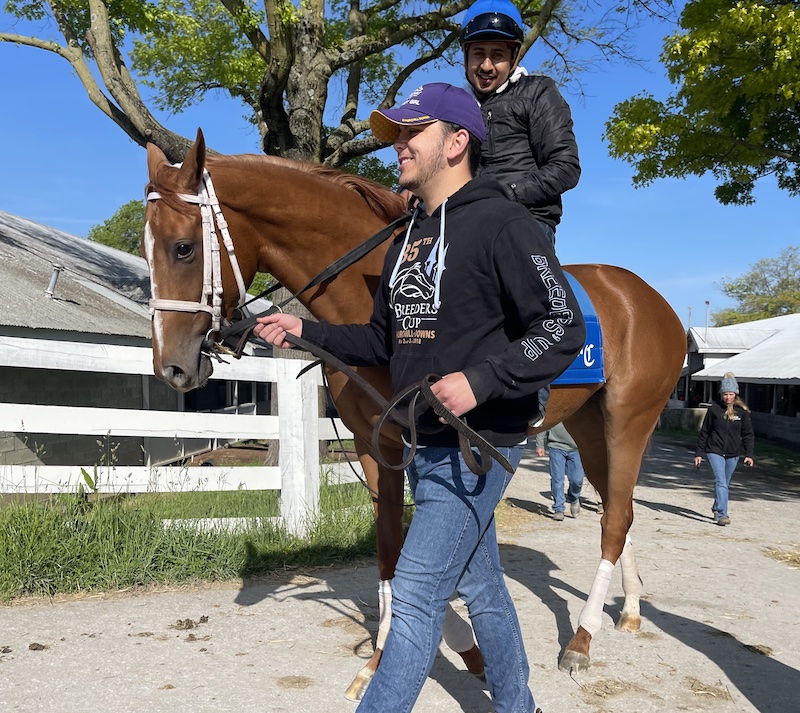 Kirkpatrick & Co Presents In Their Care: Years After Sitting In The Wrong One, Ettedgui Has Found His Seat