You never forget the name of your first lesson horse – that horse who taught you what you need to know to work with every one that follows.

In this series, participants throughout the Thoroughbred industry share the names and stories of the horses that have taught them the most about life, revealing the limitless ways that horses can impact the people around them. Some came early on in their careers and helped them set a course for the rest of their lives, while others brought valuable lessons to veterans of the business.

Question: Which horse has taught you the most about life?

Wesley Ward, trainer: “I think every trainer needs a horse to kind of get them going. Everybody's here to be in the big races, and that's what everyone from Beulah Park to Saratoga or Del Mar, or even Royal Ascot, are doing. They're trying to get a horse that can compete on the big stage.

“I started training, and didn't really know what I was doing, even though I was a jockey and rode all over the world. I was figuring things out and learning, and thought my only chance to get a good horse would be to go to the sales, instead of claiming. It was a lot easier to claim, because the owners you're trying to get to invest in your stable want instant gratification and action, so with claiming, you get one, and a couple weeks later, you run it back. When you first start training, it's hard to get someone with patience. A lot of the farms that I train for now are breeders, but then, they wouldn't give me a shot because I was unproven.

“After a year or two, I figured claiming wasn't going to get me where I wanted to go, to hopefully get me a good horse. I was always going to stay at a claiming level, and even though I was a young guy, I'd be looked at as a claiming type of guy.

“So, I started going to the sales, but I could only afford inexpensive horses where I could put a group together. At the 2-year-old sales, I tried to focus on the horses with the fastest times, because at least they could run, but they had to have issues to where I could afford them.

“I came across a horse named Unfinished Symph that had thick shins, and looked like he was going to need a lot of time. His pedigree didn't look great, but he could obviously run, being as though he had the fastest time.

“We bought him for $13,500, and I could only afford a quarter of the horse at the time. We gave him time, and got him over his shins and ran him. We tried to give him an easy race, but he came back with a shin after the race, but he got the race experience.

“I gave him a long time off, from August to January, and at that time of the year, when the horses turn three, the shins are gone, and you're on to other issues. We ran him, and away he went, and he just took me to where I wanted to go, and gave me a kick start in my career. He just got beat in the Breeders' Cup Mile, he won the Shoemaker Mile, and all these mile turf races. He was a great horse where he put me in a different light at that time from prospective owners and clients to where I could get them to invest in better horses.

“Everyone needs that certain horse that can get them going. I'll never forget him.

“He was a great horse to be around, too, just a positive type of horse. Always up at the front of the stall, always happy. When he came over to the races, he never got hot or washed out. He was always bouncing.

“Everyone needs something to get you going, and he was the one.”

Bred in Maryland by Stanley Joselson, Unfinished Symph was purchased by Ward at the 1993 Ocala Breeders' Sales Co. Spring 2-Year-Olds In Training Sale. He raced once as a juvenile, finishing eighth in a Del Mar maiden claimer.

Unfinished Symph broke his maiden in his 3-year-old bow, a maiden claiming race at Santa Anita Park, then he won an allowance race at the same track a month later. He was facing graded stakes company by the spring of his 3-year-old season, first finishing second in the G3 Spotlight Breeders' Cup Handicap, then winning the G3 Will Rogers Handicap and G3 Cinema Handicap in succession.

Near the end of his 3-year-old season, Unfinished Symph shipped to Churchill Downs to compete in the 1994 Breeders' Cup Mile, where he spent most of the race on the lead, and held on gamely to finish third behind Irish-born Barathea.

The colt's 4-year-old season included scored in the G2 San Francisco Mile Handicap and the G2 Shoemaker Mile. He retired with six wins in 18 starts for earnings of $651,145.

Unfinished Symph had a brief stud career, siring just one crop of five foals before his death in 1998. Four of those foals would become winners on the racetrack. Three of Unfinished Symph's five foals were trained by Ward for at least part of their on-track careers. 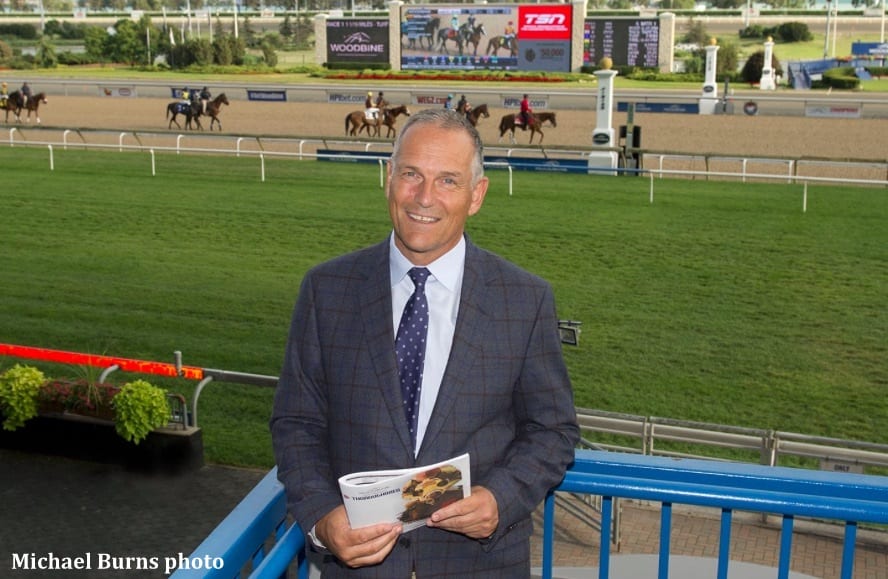 Lesson Horses Presented By Iowa Thoroughbred Breeders And Owners Association: The Steeplechase Star That Brought Graham Motion Along As A Horseman