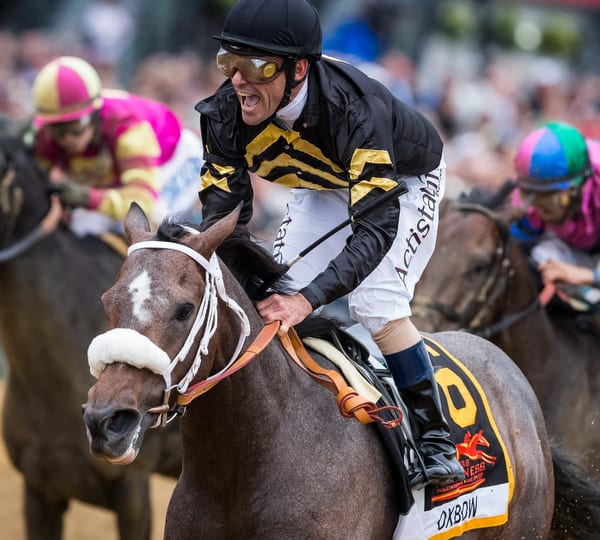 The Nov. 1-2 Breeders' Cup capped a remarkable comeback year for Hall of Fame and Eclipse Award-winning jockey Gary Stevens, with victories aboard Beholder in the Distaff and Mucho Macho Man in the Classic. Retired since 2005 and working as a television racing analyst, the 50-year-old native of Caldwell, Idaho, announced his return to the saddle in January, and in the following 10 months showed that he lost none of his skills or competitive drive.

Stevens isn't resting on his laurels. He leaves next Tuesday for an international jockey competition in Japan Nov. 30-Dec. 1, then goes to Hong Kong for a Dec. 4 international competition where fellow Hall of Famer, 48-year-old Mike Smith, will also participate. Then it will be on to Tucson, Ariz., where the Turf Publicists of America will honor Stevens with their Big Sport of Turfdom Award on Dec. 10.

What were your goals when you decided to come back?
Just to try and be as consistent as I had been previously. I also wanted to manage my emotions better than I had in the past and to have fun with it. I didn't really know what to expect as far opportunities, though I always expected a lot of myself. If I wasn't able to come back and do well, I would have hung it up. I was prepared for that.

Aside from the obvious – winning the Distaff on Beholder and the Classic on Mucho Macho Man – does one moment from this past year stand out?
My first win back was very emotional. It felt as good as my first career victory when I was 16 years old. My emotions were pretty high, very similar to the feeling I had from that first career win. I felt good when that got out of the way with a limited number of rides. The main moment for me, after getting my first stakes win on Slim Shadey at Santa Anita (in the Grade 2 San Marcos), was the Preakness (aboard Oxbow). That feeling I had in that last sixteenth of a mile … I knew I still had it.

What concerns did you have coming back?
If things did take off and I was winning races, it was being able to manage the number of rides that I took. Craig O'Bryan, my agent, did the best piece of agenting work I've ever seen anyone do. He's turned down more than we've ridden. At age 50, I know I can't ride eight or nine a day – or even four or five a day if it's five days a week – and give people what they deserve day in and day out.

What's been the biggest surprise?
The whole year, actually. To be away seven years and have this year we are having. It's one of the best years of my career – I'm going to say it's the best year, considering the number of mounts and the big races we've won. I've spent a lifetime trying to win a Breeders' Cup Classic and it didn't happen. For it to happen this year was quite a surprise.

How have the knees been?
I look after them. I ice them every night. I can't run but I walk every day. With the good horses I ride, they don't jar the ground much. It's like the difference between a car with good shock absorbers and a car with none.

What are the differences you see in riders today compared to your early years in the saddle?
I don't see a ton of difference in the top riders. Riding is still riding, but like athletes in many sports I see some riders today doing things we weren't doing. They are polishing their skills and doing things at a younger age that we didn't. I do see, like with many young athletes, a lack of respect for the sport. Some of these young guys almost have a sense of entitlement. I'm not saying that about all of them. Riders like Joel Rosario and Joe Talamo are not like that. They show a lot of respect and represent the future of our sport. It's not just racing where this is happening, but all across society. It's a generational thing.

When I started riding I knew who Eddie Arcaro was. Racing got a lot more coverage and there were so many recognizable names when I first began. When I moved to Southern California the jocks room was full of Hall of Famers, guys like Bill Shoemaker, Laffit (Pincay), Eddie Delahoussaye, Sandy Hawley, Chris McCarron, and Angel Cordero would come out and ride winters. And there were others like Don Pierce and Fernando Toro, maybe the greatest turf rider I've ever seen. My locker was next to him when I first moved down. Darrel McHargue (now a steward in Northern California) was a guy I tried to form my style after.

You donated $5,000 to the Thoroughbred aftercare charity Remember Me Rescue, run by Dallas and Donna Keen in Texas. Why?
This whole year has been a gift and I never had two days like I had during the Breeders' Cup. I almost felt like, “Why me?” so wanted to share some of it with the people who got me here – the grooms, hotwalkers, gallop boys – but also the horses. I love what Dallas and Donna do and I've seen it first hand. My wife (Angie) said why don't we make a nice little donation. I had asked Dallas to do it anonymously, but he said we'd like to mention your name, because it might encourage others to do the same thing.

I've taken the lead from Mike Smith. He puts a lot of time and effort into charity, and getting jockeys to donate to things like the Grayson-Jockey Club Research Foundation.

How long do you think you can keep this going?
I don't know. All it takes is one bad move by a horse for something to happen to either one of my knees. I had a pretty nasty fall before the Belmont, and as I'm falling I thought, “There goes the Belmont.” As a rider, you're thinking about injuries before you even hit the ground.

This year has been a blessing, a gift, and something I never really expected. 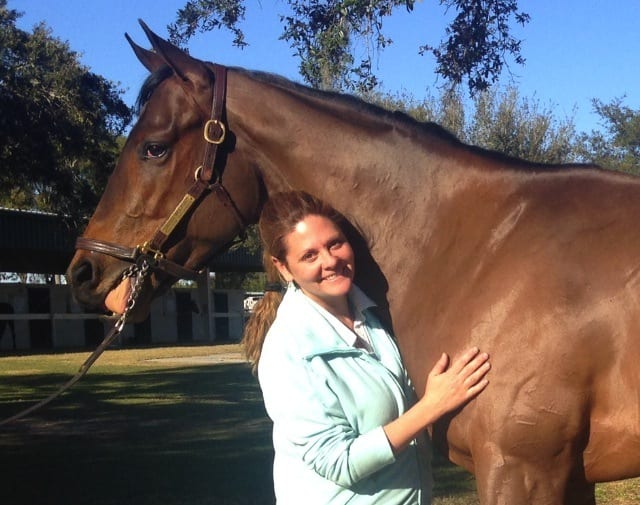 The Breeders’ Cup Forum: A Love of the Land 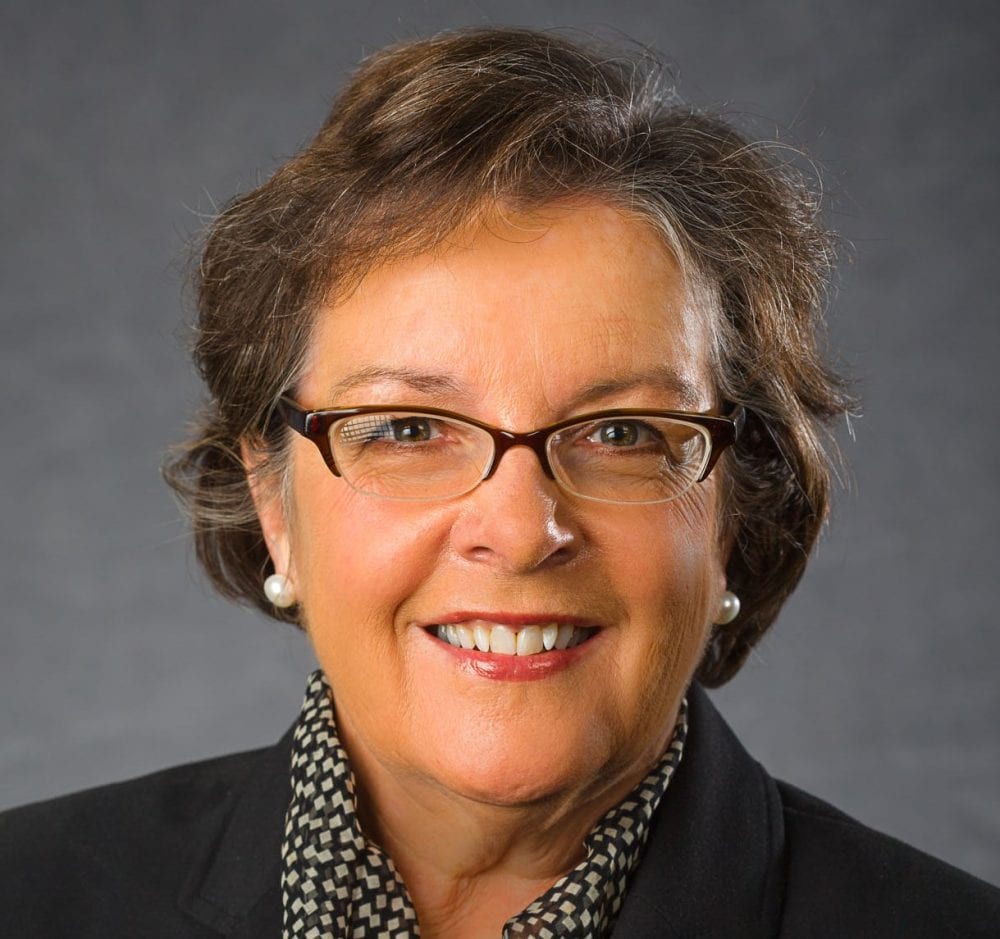 The Breeders’ Cup Forum: The Future of Equine Education in the Bluegrass 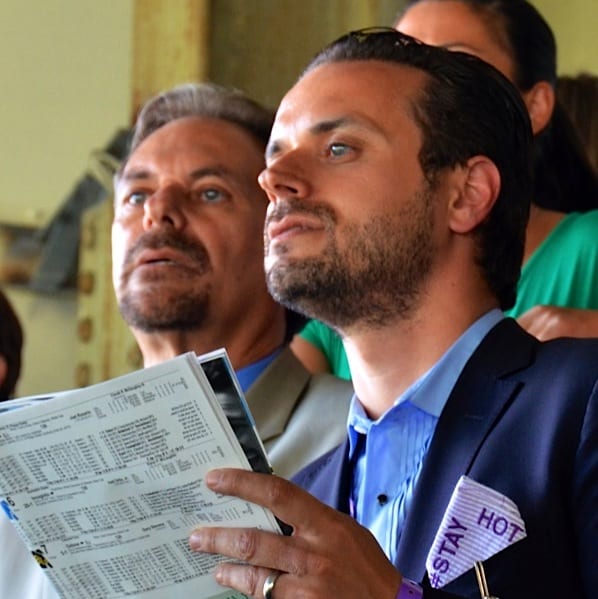 The Breeders’ Cup Forum: Not Your Average ‘Horseplayers’