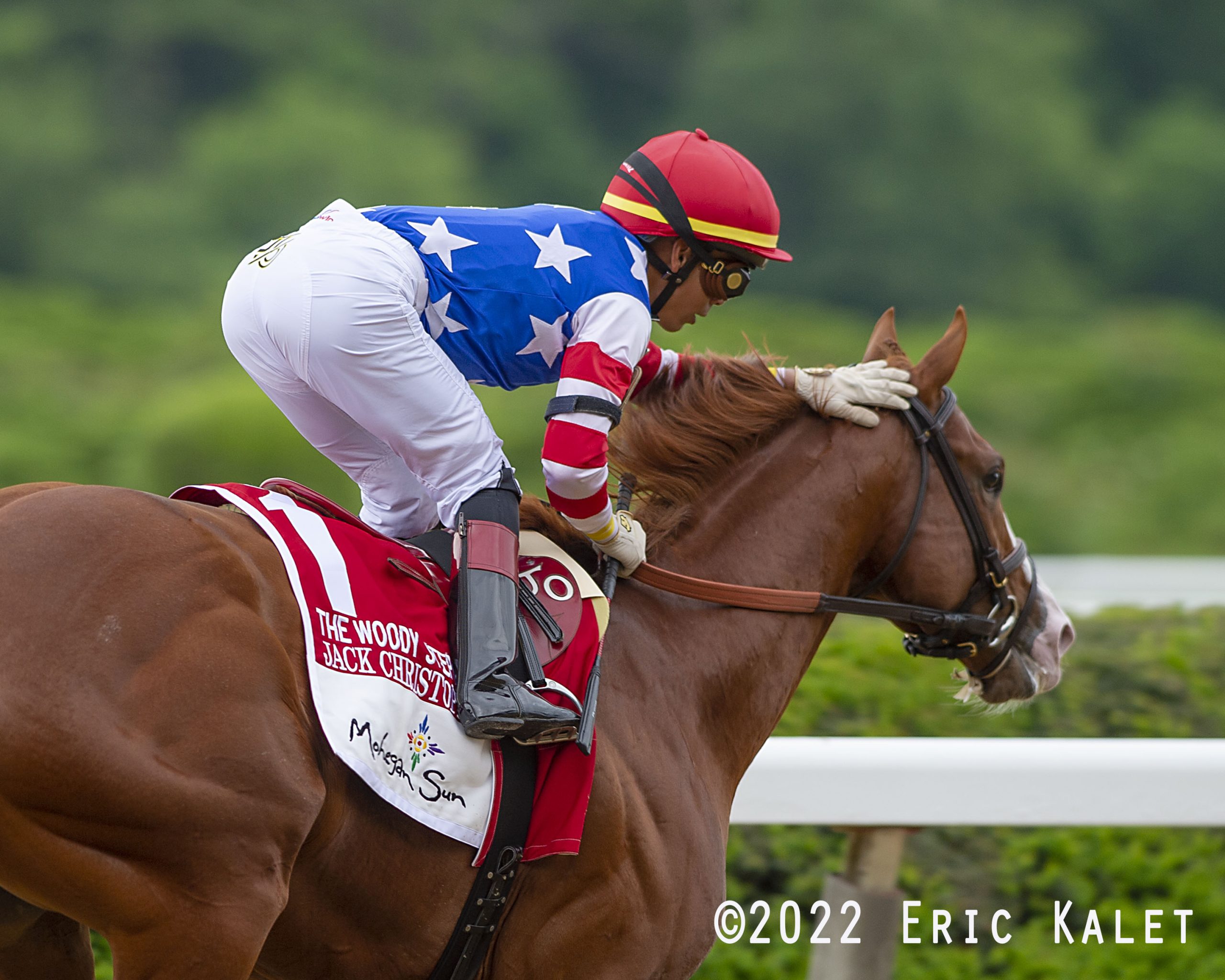 The $1 million Haskell Stakes highlights a huge day at Monmouth Park in Oceanport, N.J., on Saturday, with the Grade 1 race for 3-year-olds one of five graded stakes to be run on a 14-race program.

Second choice on the Haskell morning line is the unbeaten Jack Christopher, who comes off a G1 victory in the Woody Stephens Stakes on Belmont Stakes day in New York. Paulick points out that Jack Christopher's trainer, Chad Brown, has favorites in the other four graded stakes on the card, the Monmouth Cup, Matchmaker, Molly Pitcher, and United Nations, and that it's a real possibility he could sweep all five stakes.

In addition to their preview of the Haskell, Paulick and Nevills answer reader questions on a variety of topics sent in via Ask Ray or social media channels.