The Roads to the 2023 Kentucky Derby and Kentucky Oaks make a stop in New Orleans this weekend, with a pair of Fair Grounds prep races each offering 20 points to the winner.

Four entrants in the 1 1/16-mile Lecomte already have Kentucky Derby points: Instant Coffee, winner of the G2 Kentucky Jockey Club (12), Denington (4), Echo Again (3), and Confidence Game (1). Instant Coffee has been tabbed as the morning-line choice for trainer Brad Cox, who will also saddle the favorite Chop Chop and second-choice The Alys Look in the Silverbulletday.

In total, there are six stakes scheduled for Saturday's card at the Fair Grounds, three of which are carded for the turf course. The temporary rail will remain at 34 feet, limiting fields to eight starts if the races stay on the turf course. According to the National Weather Service, there is a 70 percent chance of rain on Saturday in New Orleans.

Other significant stakes action around the country comes from Laurel Park, with six stakes worth a total of $550,000 on Saturday's card. Each of the following cards also offers at least one listed stakes race: Aqueduct on Saturday and Sunday; Santa Anita on Saturday; Oaklawn on Saturday; Gulfstream on Saturday; and Turfway on Saturday.

Brad Cox trainees Chop Chop and The Alys Look have earned the honors of the ones to beat in seven-strong Silverbulletday. Installed respectively as the 8-5 favorite and 3-1 second-favorite in the morning line, the formidable Cox duo both have earned four Kentucky Oaks qualifying points.

Chop Chop made a dazzling run to finish second behind current Kentucky Oaks points leader Wonder Wheel (40 points) in the Alcibiades (G1) at Keeneland. After breaking near the back and relaxing along the rail, she kicked into gear and began to maneuver through a field of 14. Bet to favoritism in the Breeders' Cup Juvenile Fillies, the daughter of City of Light struggled through a wide trip and finished last. She has not run since.

Breaking her maiden in December at Fair Grounds, The Alys Look came back to run second to Pretty Mischievous in the locally run Untapable Stakes on Dec. 26.

Zozos will vie for his first stakes score in Saturday's $150,000 Louisiana (G3); the newly turned 4-year-old will travel 1 1/16 miles against a field of nine older runners. Not having started since his 10th place finish in the 2022 Kentucky Derby, Zozos returned in a second-level allowance at Fair Grounds in mid-December. He won impressively after settling as far back as sixth and having to run down a game Treasury.

Bret Calhoun entered three in the Louisiana, including Run Classic, Mr. Wireless, and Gentle Soul, the latter of which is cross-entered in the Col E.R. Bradley Stakes. Run Classic went two-for-two in allowance company after returning from a lengthy layoff, then ran second by a head in a third allowance race at Churchill Downs. Last out, the 5-year-old didn't care for the track at Oaklawn when he ran fourth as favorite in the Tinsel Stakes. Mr. Wireless is the 2021 Oklahoma and West Virginia Derby winner whose record stands at six wins from 13 races, three of those coming at the Louisiana distance.

Happy American returns after beating a field of 11 in the $100,000 Tenacious. The 5-year-old horse trained by Neil Pessin made his signature late rally, pulling away from a game Mr. Wireless to win by 2 3/4 lengths.

Instant Coffee, currently in fifth on the Road to the Kentucky Derby with 12 points, headlines a field of eight 3-year-olds for the 79th running of the $200,000 Lecomte Stakes. A sprint winner on debut Sept. 3 at Saratoga, Instant Coffee most recently won the Kentucky Jockey Club Stakes (G2) on Churchill Downs' “Stars of Tomorrow II” card.

One of two entered in the Lecomte by trainer Brad Cox, Instant Coffee's stablemate Tapit's Conquest is cross-entered in a salty allowance race on the undercard that includes two impressive last-out maiden-winners Banishing, trained by Brendan Walsh, and Tapit Shoes, another star 3-year-old trained by Brad Cox.

Chicago-based trainer Larry Rivelli has had a very successful career (a 25% lifetime winning percentage and $35,057,723 in career earnings), but he has never had a Kentucky Derby runner. Patricia Hope and Phillip Sagan's Two Phil's could change that. With three wins in five starts, the son of Hard Spun most recently overcame tough early positioning and a sloppy track to win the Street Sense (G3) at Churchill Downs by 5 1/4 lengths.

Sure to impact the pace of the Lecomte is Steve Asmussen trainee Echo Again. The connections behind Epicenter have a colt who ran a jaw-dropping field-best 99 Brisnet Speed figure when sprinting on debut. He has not been able to run back to that number going long in September's Iroquois (G3) at Churchill Downs or in December's Springboard Mile at Remington Park.

Trained by Keith Desormeaux, Confidence Game stepped forward in a big way winning an allowance race on the “Stars of Tomorrow II” undercard at Churchill Downs.

Itzos, a half brother to the legendary Rachel Alexandra, will be stretching out for the first time after breaking his maiden sprinting across the synthetic at Turfway Park. His undefeated stablemate Bromley will also test two turns for the first time in the Lecomte. 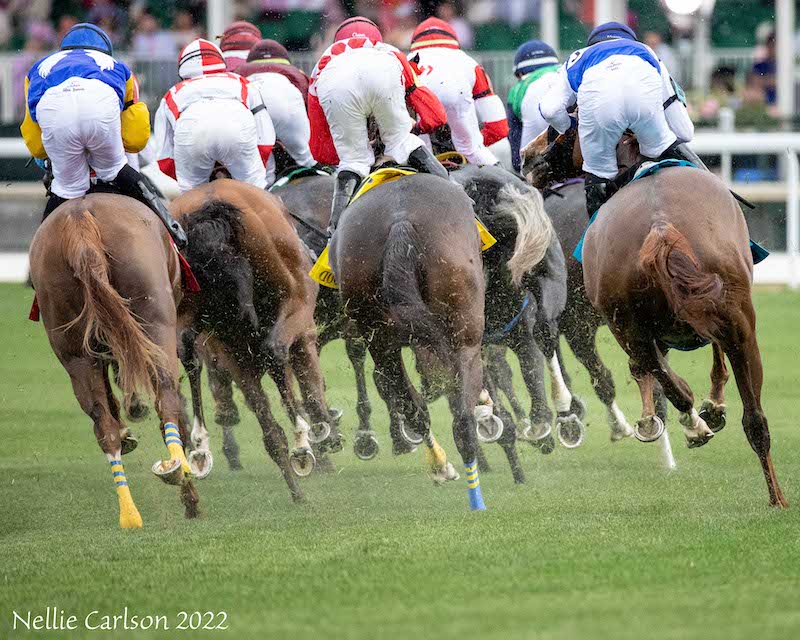