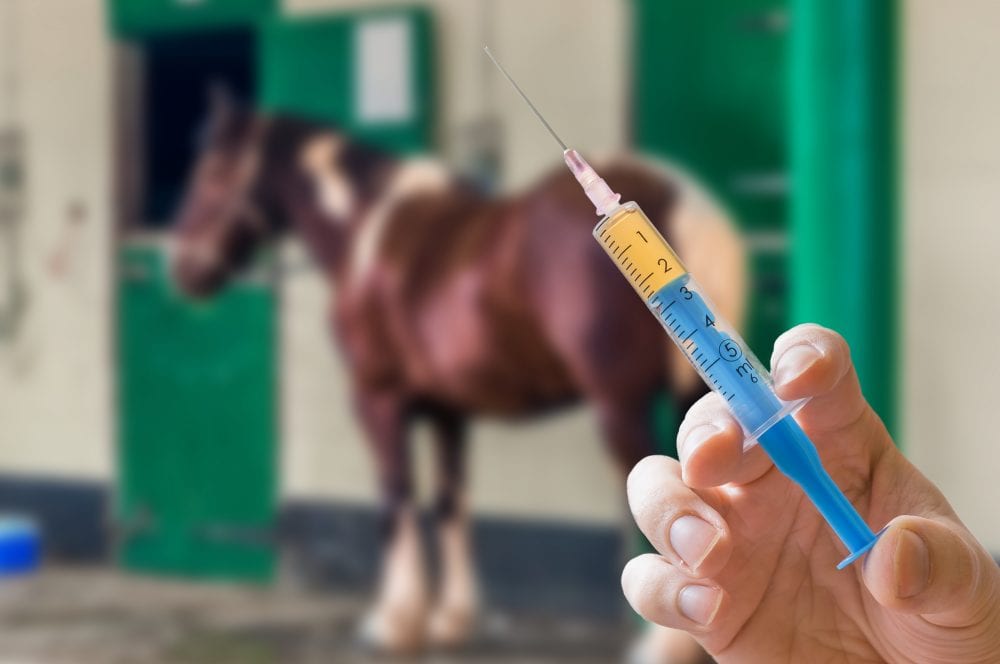 The California Horse Racing Board voted unanimously in favor of new restrictions on equine joint injections at its regularly-scheduled meeting on Oct. 20.

The rule will apply regardless of the substance administered, and will therefore include regenerative and biological agents including IRAP and PRP, as well as medications like corticosteroids.

“We've had horses who have had as many as 10 or 12 injections in the same joint,” said Dr. Greg Ferraro, chairman of the CHRB. “We don't feel that's medically sustainable or pertains to the welfare of the horse.

“Basically what we feel is going to happen is if you've put two injections in a joint and you're thinking about doing a third you're not going to do it under this legislation because you know you're going to be on the vet's list … we're hoping this will eliminate the factor of multiple injections. It's fair and it's in the best interest of the horse.”

“This rule encourages people to do diagnostics, and continue doing diagnostics,” he said. “They are expensive, I understand that, but it's similar if you go to a doctor and he writes you a prescription for physical therapy. He says in two weeks you're going to get to this point; at two weeks, you've reached that point, you don't go to the next level until you're evaluated. You don't want to be injecting that third time unless you've evaluated to see if the horse actually needs injecting.”

Ferraro also emphasized that part of the premise of this rule is that when it comes to intra-articular treatments, more is definitely not better.

“I just want to point out that each time you inject a joint with an agent, the amount of effectiveness goes down, it doesn't go up,” he said.

Commissioners acknowledged that there are two potential snags with such a rule — out-of-state runners and claiming horses. There will be no exemption for a horse shipping in for a race who has previously based in a state that does not have a similar rule, which means commissioners are keen to educate trainers who may come in for races like the Breeders' Cup so they do not end up shipping ineligible horses.

The other challenge will come with claiming horses. While intra-articular joint injections should be reported to the commission as part of routine medical record disclosure, that disclosure isn't necessarily passed on to a claimant who may unknowingly give a horse a third injection in the 60-day timeframe and thus make the horse ineligible to run. However, the new connections will be able to check to see whether a claimed horse had previously been on the vet's list for the shorter periods of time associated with prior joint injections.

California Thoroughbred Trainers executive director Alan Balch spoke up in support of the rule. He pointed out the rule will be subject to a 45-day notice prior to enforcement, which should give people time to acclimate to the change.

“One thing I think I'd add as a benefit to this rule is the optic that multiple joint injections, month after month in the same joint is a bad optic and it needs to be addressed,” said Blea. “When you see the horse injected multiple times, that's a red flag for people on the [veterinary review] panel; that's not fair to the horsemen or the horse, but protecting the horse, this rule will do just that.”