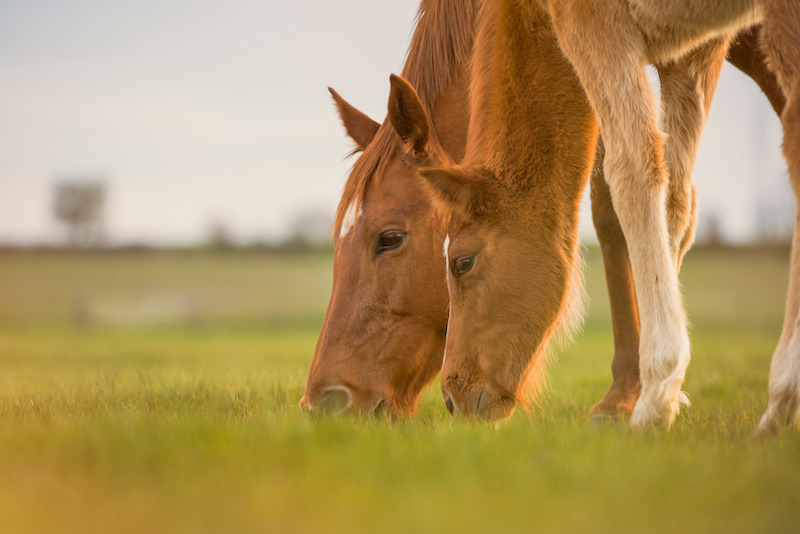 Owners of foals needing an operation for obstruction of the small intestine should be optimistic about the outcome, a new study shows. Knowledge of colic surgery survival rates is important to horse owners making surgical decisions.

Dr. Sara Erwin reviewed the records of surgical colic cases from five academic referral hospitals in the United States to directly compare foal and adult horse survival rates following colic lesion surgery. In the past, lower survival rates have been reported in foals than adults when the affected horse has severe colic lesions which obstruct small intestine blood flow.

The scientists assessed 41 cases of foals six months and younger and 105 cases of adults between two and 20 years old. They discovered that 24 of 25 foals (96 percent) and 66 of 75 adults (88 percent) who recovered from surgery for a strangulating obstruction survived to be discharged from the hospital.

The researchers noted that this could be related to case selection prior to referral or surgery or decisions made during surgery.

The scientists concluded that short-term survival in foals did not significantly differ from adults with comparable colics, so more optimism for colic surgery in foals may be warranted. The team notes that the study was limited by small sample size, lack of long-term follow up and incomplete medical and surgical records.

New Joint Therapy Still Carries Questions for Use in Racehorses