I don't know if you've noticed, but when it comes to dietary supplements for hoof growth, you have a whole bunch of choices (I can be a master of understatement). In fact, it seems like every day or two there's a new product out there to “support” or “improve” or do something otherwise wonderful for your horse's hooves (as well as for just about every other part of his body's systems).

Clearly, manufacturing hoof supplement represents something of an economic opportunity. The more important question (for you), of course, is whether hoof supplements are really an opportunity for you to do anything more than spend money. Unfortunately, due to the fact that hoof supplement products are essentially unregulated, and that follow-up is rarely conducted to see if such products really do anything useful for the horse, it's pretty much impossible to be confident in the true effectiveness and safety of any hoof supplement – heck, of any dietary supplement for horses (that's another article).

Regardless, I've got some secret inside information to share with you. The single most important nutritional factor for the normal growth and health of the horse – including the hoof – is a good diet. Otherwise stated, if you're feeding your horse a good diet, it's likely that he's getting all of the nutritional stuff that he needs to grow as good a quality of hoof as is possible. A “good” diet is one that provides and adequate amount of protein, carbohydrates, vitamins, and minerals, and such. Happily – for both you and the horse – in nearly all situations the horse is set up (physiologically speaking) to obtain all of those things from his normal diet.

You can get a pretty good idea when everything's OK without too much effort, too. Here's how. If your horse is at a good body weight (can't see the ribs, but can feel them easily), and he's feeling good, then it's pretty unlikely that anything else is wrong. It's not like horses are delicately balanced on the edge of some nutritional cliff, waiting for the lack of a nanogram of aluminum to push them over the edge. If they look good, and they feel good, it's usually because things are, well, good.

Of course, there are all sorts of nutritional problems that can affect the horse's hoof. Here are just a few:

These are certainly things that you should be aware of and do your best to prevent. However, there's very little evidence to suggest that giving nutritional supplements to horses will prevent any of these things, and giving supplements to horses on good diets doesn't do anything to benefit their hooves.

There are occasions where a particular supplement may be helpful. So, for example, if you live in an area where the ground is deficient in the mineral selenium – part of the Northwest, Northeast, the Atlantic coastal area, Florida, and regions surrounding the Great Lakes – supplementation with some selenium may be of benefit. Even here, you have to be a little careful, because too much selenium is arguably worse than not enough (and too much selenium causes hoof problems, too).

When it comes to, oh, just about anything in horse medicine, people tend to follow the “bigger hammer” theory. This goes for nutrients for their horses, as well. According to this line of thinking, if you're trying to build a healthy horse, more is usually better. Want a healthy hoof? Feed them more of the stuff that's in hooves! But that's not how the horse's body works. If you give nutrients in excess, the body tends to do one of three things. It gets rid of them, it metabolizes them, or it stores them (which is why horses that get too much to eat for too long get fat – they just store the extra calories).

When it comes to nutrition and your horse's hooves, you don't need a bigger hammer, you need the right hammer for the right job. In the case of your horse, a horse that's being fed well will usually look good and feel good, and his hooves will be in good shape, too. That's as good as it gets. There's really no support at all for the idea that additional vitamins, protein, amino acids, or trace minerals will benefit the hooves of otherwise healthy horses.

Essentially every hoof supplement known to man (and horse) has biotin in it. Curiously, a biotin deficiency has never been identified in horses. In fact, given that the intestinal bacteria make all of the biotin that any horse could ever possibly want, the idea that hoof problems are a result of a lack of biotin is a pretty big stretch.

There has only been a little bit of scientific investigation done on biotin supplementation for hooves; most of it is pretty old. Some studies from the 1990s did conclude that there was some benefit of giving biotin supplements to horses with poor quality hooves. The hooves of other species – like pigs – have benefited from additional biotin, but no matter what you think of your horse's eating habits, pigs and horses are different, so it's hard to make a direct extrapolation.

All that said, biotin is pretty harmless – it's a water-soluble vitamin that, in excess, just makes for expensive horse urine. Beneficial effects have only been shown with higher doses: along the lines of 15–20 mg/day for a 500 kg horse. You also have to be patient, because it takes several months of supplementation before any effect might be seen; the biotin would get incorporated into the growing hoof, and the hoof slowly grows down from the hairline. And, of course, don't be TOO optimistic, because biotin is certainly not a hoof panacea. Not all hoof problems respond to biotin supplementation.

While they are often included in hoof supplements, neither zinc nor copper supplementation have been shown to promote hoof health in the few investigations that have looked at such things.

There's no question that they are both needed in the horse's diet (copper, for example, has been shown to be important for orthopedic health in growing horses), but it's far more likely that horses will get exposed to too much copper or zinc than it is that they will get too little. Fortunately, horses seem to tolerate zinc and copper pretty well, so you probably won't hurt them with the stuff unless you really give it some effort. But don't expect it to do much under any circumstances.

Many hoof supplements contain amino acids. Amino acids are the “building blocks” that make protein, and hooves have a lot of protein in them. According to the bigger hammer theory, since hooves contain protein (keratin), feeding them more stuff to help them make protein will make their hooves bigger/better/stronger. As a result, hoof supplements may have amino acids such as cysteine, methionine, lysine, proline, and tyrosine: amino acids all. But again, more isn't necessarily better. For example, additional methionine – the sulfur-containing amino acid often included in hoof supplements due to its existence in hoof tissue – hasn't been shown to benefit horses. In fact, poor hoof quality has been related to higher methionine levels in the horn of the sole.

Perhaps even more troubling, proteins and amino acids can also stimulate insulin production in some circumstances, which is exactly what you DON'T want if you're worried about things like laminitis (which, in general, is something to at least be aware of, if not consumed with worry). The bottom line is that feeding a bunch of amino acids to your horse isn't likely to help his hooves.

The bottom line is that for most horses fed a good, healthy diet, feeding them some nutritional supplement is not likely to help them very much. Of course, good hoof quality is not only about nutrition – you also have to make sure that your horse gets good hoof care, and that he's not perpetually standing around in mud puddles or on hard, rocky, dry surfaces, and such. Good hoof care does require a bit of attention on other fronts besides nutrition. If you pay attention to the important stuff, you can usually just walk right on by all of the buckets and bags in the hoof supplement aisle. 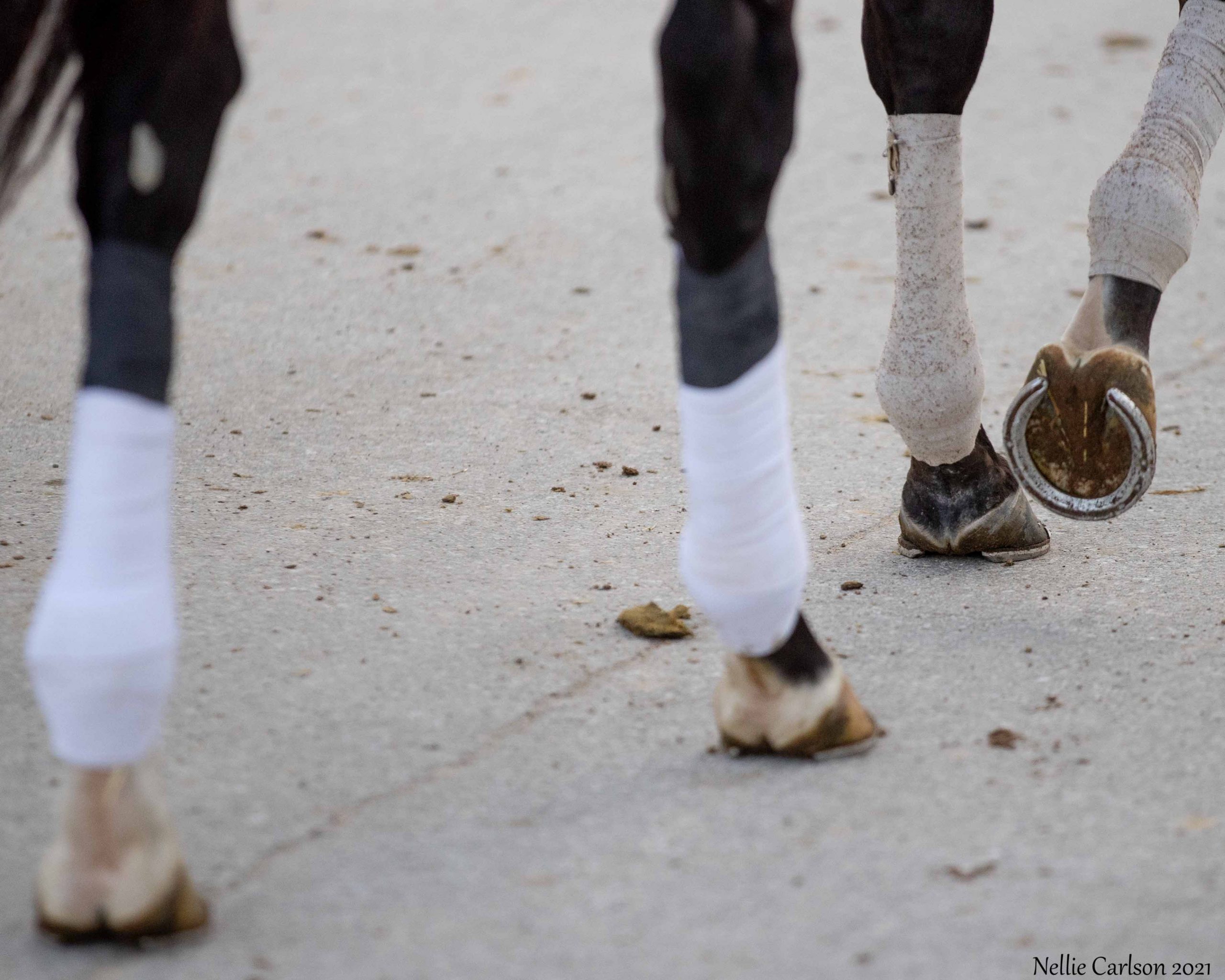 Ramey: Can Horses Have Mental Illness?