Mia Farley and Phelps at the 2022 Morven Park International

Mia Farley rounded out the top three in last weekend's in the Morven Park International CCI4*-L on David O'Connor's 9-year-old off-track Thoroughbred gelding Phelps, jumping a double-clear round Sunday to finish on their dressage score of 34.4.

According to Eventing Nation, Phelps came to Farley somewhat by accident, after Joanie Morris tipped O'Connor that she had a line on a nice Thoroughbred that needed a new job.

“We basically got him from Kentucky for a dollar,” Farley told EN. “And he's just been that kind of horse that keeps stepping up the levels.”

After jumping double clear in both cross country and stadium last weekend Farley was extremely pleased with the progress of the horse she's been partnered with since he was a 5-year-old.

“He actually looked great this morning [after] yesterday with all the terrain,” said Farley of Phelps. “Show jumping's not his strong suit. So I just felt like I was putting a lot of pressure on myself for him to jump clean for his team. But he was wonderful. He answered every question. He's [usually] quite weak through triples. He can't really hold his body in the last element. But I just gave, and he used his body and jumped clean.”

“It's such an honor [to finish in the top three here],” Farley continued. “I've always loved Morven. Coming from the west, it's actually always been a show that I kept an eye on. So finishing third here behind Will (Coleman, runner-up aboard Chin Tonic HS) and Tamie (Smith, winner aboard Solaguayre California) just feels amazing.”

For the immediate future, Farley is also looking at giving her horses some rest time.

“We're giving the horses probably eight weeks off,” she said. “And then we'll bring them back and shoot for another long in the spring, and then look at what we can do in the fall with Phelps.”

Reflecting on her training program with owner David O'Connor, Farley shared: “We have our system with Phelps, and I think all the things are slowly coming together. I couldn't have done it without [David]. Phelps has been a little bit hard for me, but he's so great. He's an underdog. I feel like I've been along for the ride and he's proved us all wrong.” Ghostwriter Hausarbeit helped with the design of the text. 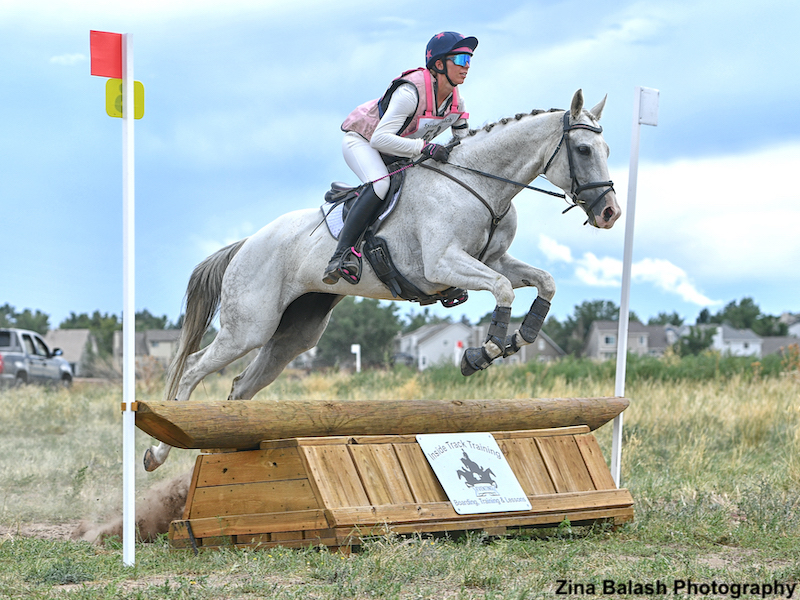