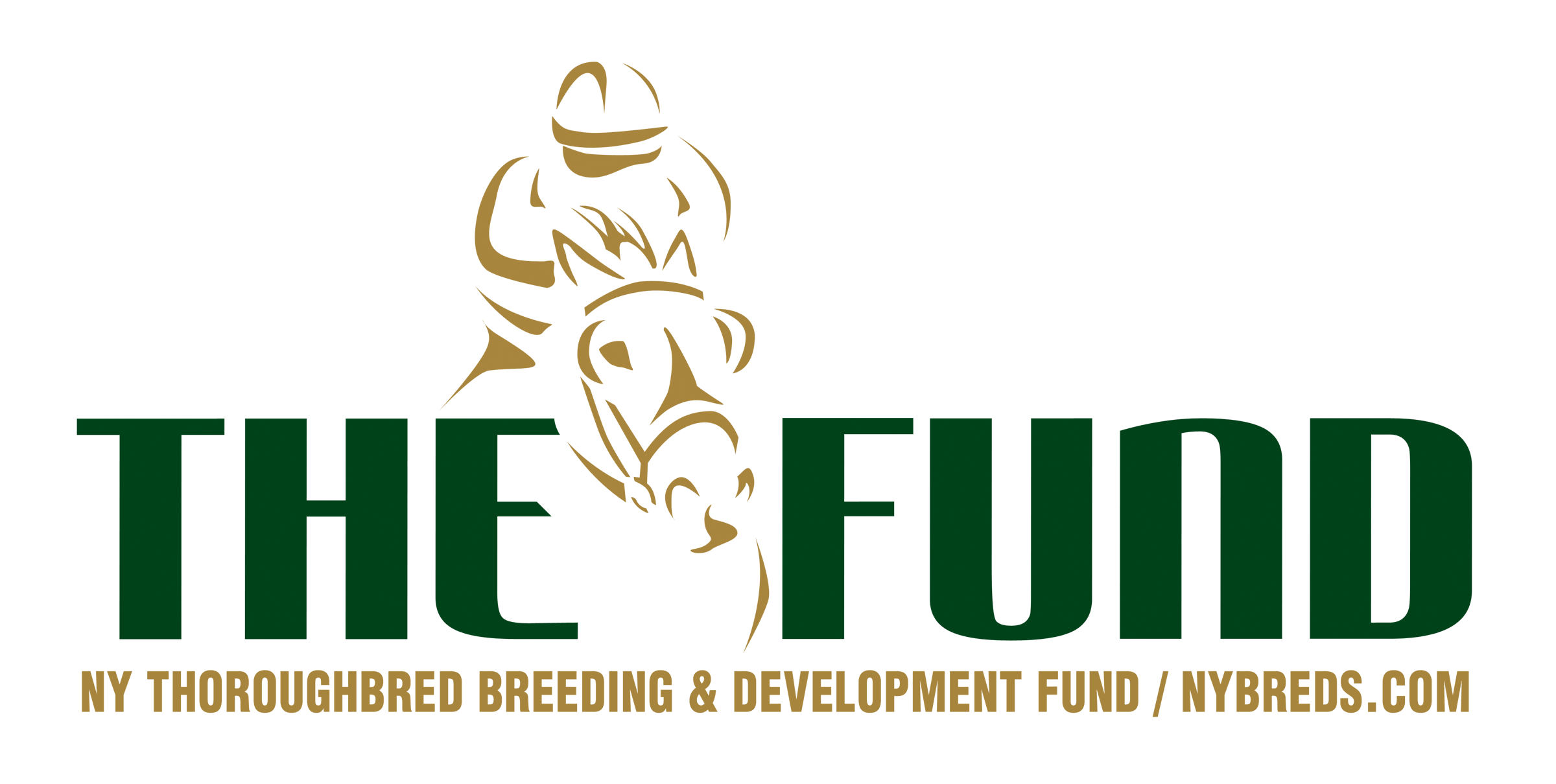 TAKE2, founded in March of 2012, set a goal of raising $10,000 a month for 10 months in honor of its milestone anniversary. With the generous help of previous “Donors of the Month” Len Green and the Green Group, TAKE2 competitor Patricia Hurter, and Empire Racing Club's Kyle Emmich, the campaign is ahead of its goal. Many more Thoroughbred lovers have contributed, raising more than $43,000 over the first four months.

“Our organization enthusiastically supports these donations,” said Najja Thompson, executive direction of NYTB. “Our membership application includes a check-off box for aftercare donations, and at the start of each year, our Board decides how we want to allocate those funds. Our focus is on organizations accredited by the Thoroughbred Aftercare Association and based in New York, and TAKE2 is annually awarded an allotment of our funding.

“TAKE2 is such a great program that focuses on the care and retraining of retired Thoroughbreds,” Thompson added

The Breeding Fund was created a year earlier; it's a public benefit corporation that oversees the registration process for foals and stallions, and it distributes financial incentives to Thoroughbred owners and breeders in the form of awards.

“What we do as an organization is create a population of horses every year,” said Tom Gallo, president of NYTB. “They race only until they're three, four, five years old, so when they retire, they can be at their physical peak. We don't want New York's breeders to just turn horses out in a field, so we've been active in supporting organizations that help horses from New York's racetracks.”

TAKE2 Testimonial: TAKE2's Ambassador of the Month for June is NYRA and FOX TV's own Maggie Wolfendale

Patricia Flores serves as a director of the Breeding and Development Fund. A veterinarian, breeder and equestrian, she works with mares and foals at New York's Stone Bridge Farm, purchased by Flores and her husband Scott Ahlschwede, a fellow veterinarian, in 2021. Both Flores and Ahlschwede work at Rood and Riddle Equine Hospital in Saratoga Springs.

“I see these horses come into the world so young and so beautiful,” said Flores. “It's very important that we make sure that they can do something else after racing.”

Her involvement in the horse show world in upstate New York has introduced her to a number of people who own Thoroughbreds and participate in the TAKE2 program. In July, Flores will be a part of Saratoga Horse Show's WIB Spectacular, which will include several Thoroughbred-only classes.

“It's so impressive to see Thoroughbred hunters taking three-foot fences,” she said. “It's breathtaking to see what great athletes they are.”

Tracy Egan is the executive director of the Fund and recalled her first meetings with the late Rick Violette, the longtime president of New York Thoroughbred Horsemen's Association who conceived of and established TAKE2.

“He had great foresight,” she said. “We talked about the Fund providing sponsorship at horse shows for Thoroughbred classes, and he was right: if you put up the money, you get more horses, and it's really worked.”

She went on, “It's not just the money, though. It's also the recognition. People are rightfully proud when they can take horses that have been retired sound off the racetrack, retrain them, and take them on the horse show circuit. It's wonderful to see, because the horse is happy and the owners are happy, and they get some recognition from the horse shows for the work and time that they put into the horse.”

Said NYTB's Gallo, “Aftercare programs are an integral part of our industry because horses have to be rewarded with a good life. Win or lose, they were working during their years on the track. Yes, they were well cared during those years, and when they're off the track, all of them deserve to be cared for in the proper way.”

The TAKE2 Second Career Thoroughbred Program was the brainchild of then New York Thoroughbred Horsemen's Association (NYTHA) President Rick Violette Jr. NYTHA partnered with the New York Thoroughbred Breeders Inc. (NYTB) in 2012 to launch TAKE2, with the goal of creating more second career opportunities and making it easier to find new homes for retired racehorses. TAKE2 sponsors awards and prize money in Thoroughbred Hunter and Jumper divisions and supports Thoroughbred aftercare initiatives nationwide. The program has expanded quickly, from eight shows in three states in its first year to more than 370 horse shows in 23 states in 2021. To date, more than 2,000 Thoroughbreds have participated in the TAKE2 Program. A 501 (c)(3) nonprofit organization, TAKE2 is co-funded by members of the Thoroughbred industry around the country: New York Thoroughbred Breeding and Development Fund; Thoroughbred Horsemen's Associations in Illinois (through Galloping Out), Maryland (through Beyond the Wire), and Pennsylvania (through Turning for Home); and Ocala Breeders' Sales Company. TAKE2 is a 2021 TCA grantee. For more information, go to www.take2tbreds.com.

The Horse Comes 1/ST Presented By 1/ST Racing: Gunderson Has Done It All, And Shows OTTBs Can, Too