Scientists at the University College Dublin, the University of Edinburgh, and the Irish equine genetic testing company Plusvital conducted a study to determine the relationship between inbreeding and the likelihood of a Thoroughbred to make it to the races. The study, titled “Inbreeding depression and the probability of racing in the Thoroughbred horse,” was published June 29, 2022 in the peer-reviewed scientific journal “Proceedings of the Royal Society B.”

The study looked at the genomes of 6,000 Thoroughbreds across Europe and Australia, and demonstrated that for every 10 percent increase in inbreeding, there was a 44 percent lower chance that the horse would make it to the races.

In addition, the study pointed to a specific genetic marker which was related to a significant decrease in the likelihood that that horse would make it to the races.

According to the study, that genetic marker (EFNA5) is responsible for encoding the ephrin ligand, which is broadly expressed during tissue development and repair. Among its roles are: neonatal muscle development and regeneration, regulation of cardiomyocytes, skeletal development, fracture repair, and cartilage repair.

Of the horses studied, only 64 were homozygous for that genetic marker. Those horses had a 32 percent lower predicted probability of making it to the races. In addition, those that did make it to the races had an average of 13.3 races, compared to the sample average of 16.3 races.

“The known biological functions of EFNA5 and the haplotype association with the probability of racing that we report here lead to the hypothesis that it may play a role in musculoskeletal injury risk; however, this must be tested in a population of horses with well-defined phenotypes,” the authors wrote. “While the nature of the hypothesized causative mutation on THR14 is not known, we provide here strong evidence for the presence of a mutation with a negative effect on racing located within this haplotype that has not previously been described.”

The scientists involved in the study included a conflict of interest declaration in the published materials. Dr. Emmeline Hill is the co-founder of Plusvital and is a shareholder; Dr. Beatrice McGivney is an employee of Plusvital; and David MacHugh is a shareholder in Plusvital. The University of Edinburgh (Drs. Martin Stoffel and Josephine Pemberton) was contracted by Plusvital Ltd to perform some aspects of the analyses. Other than the authors, the funders played no role in the study design, data collection and analysis, decision to publish, or preparation of the manuscript. A patent application has been filed (patent pending; European Application no. 22176585.2), which relates to contents of the manuscript. 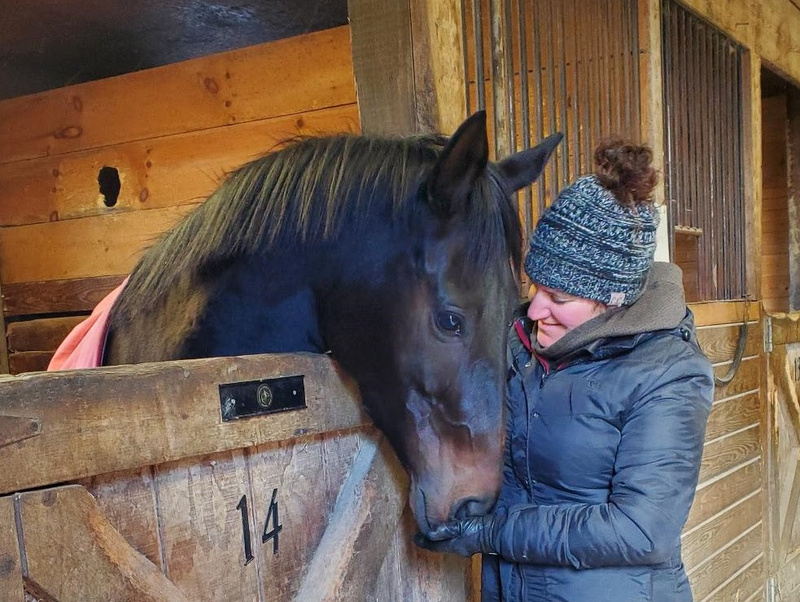