When a horse is lame, he is not able to move normally. While lameness can be caused by a myriad of things, the vast majority have one thing in common — they're caused by pain. “Lameness” is a clinical sign, but not a diagnosis. Many times, the reason a horse is lame isn't obvious to an untrained eye, short of a laceration, contusion, or compound fracture. Often a veterinarian who has been trained to systematically work through possibilities must determine exactly what is causing a horse's lameness and pain.

To pinpoint the area of concern, the vet may use some additional tools, including ultrasound, X-ray or blocking of a region or a joint to determine specifically what structure or structures are affected.

Dr. Rhodes P. Bell, DVM, MS, DACVS-LA, works for Park Equine Hospital in Versailles, Ky. A Bluegrass native, Bell was raised in the Thoroughbred breeding and racing industries and now works on horses that are actively racing, broodmares and horses that are transitioning from racing into second careers.

Before returning to the Bluegrass and accepting a job with Park Equine, Bell attended Auburn University College of Veterinary Medicine, followed by an internship at Peterson and Smith in Ocala, Fla., before a surgical residency at the University of Missouri. It was during his time in Missouri that Bell was introduced to the Equinosis Q, also known as the Lameness Locator, which became commercially available in 2009. The goal of the Lameness Locator is to use advanced technology to help veterinarians discover or pinpoint lamenesses that are too slight to be easily recognized by the naked eye.

How does it work?

For his master's thesis, Bell studied the Lameness Locator to determine if the diagnostic tool worked the way its creators claimed: by using sensors and algorithms to correctly quantify equine lameness. The algorithms used in the Lameness Locator were developed by University of Missouri's Dr. Kevin Keegan, professor of veterinary medicine and surgery, and Dr. Frank Pai, professor of mechanical and aerospace engineering. The algorithms were created specifically to evaluate lameness in horses and have not been adapted from other applications.

The Lameness Locator measures the movement of the horse's head and pelvis, two areas where horses most often show imbalances that can suggest lameness in one of their legs. The machine uses three wireless sensors, which are attached to the horse's head, pelvis, and right front pastern. The head sensor contains an accelerometer and is attached to the poll using a head bonnet. The pelvic sensor contains an accelerometer that's attached to the midline of the pelvis using an adhesive pad and clip. The sensor placed on the right front leg contains a gyroscope (used as a reference point for right forelimb stance) that is attached with a neoprene wrap around the pastern.

The horse is then jogged back and forth, and the veterinarian observes the horse. A tablet with the Lameness Locator software collects the data the sensors generate through a long-range Bluetooth receiver.

“Acceleration is converted to position and differences in head and pelvic heights between right and left halves of stride [over many strides] are calculated,” said Dr. Laurie Tyrrell-Schroeder, director of veterinary services for Equinosis LLC. “[It is] essentially measuring the symmetry of movement between the two halves of stride. Shifting load off a limb will manifest as asymmetric head or pelvic movement.”

Though Bell once used the equipment selectively, he now uses it on most lameness cases and pre-purchase. In some cases, Bell is sought out specifically by horse owners and caretakers who are at a loss about how to proceed with their horse's lameness and who would like to have the Lameness Locator used on their horse.

“I also get a lot of repeat clients who return to either confirm or dispel their suspicion that something has changed with their horse and they want me to measure their horse and compare it to a previous exam,” he said.

Tyrrell-Schroeder notes that another good place for the Lameness Locator is in baseline wellness exams. Using the tool in this application allows for ongoing tracking of how a horse is developing during training for both racehorse and sport horse disciplines.

“Using the system in the management and monitoring of any equine athlete is invaluable,” Tyrrell-Schroeder said. “Measuring a horse at regular intervals over time allows for establishment of a baseline gait signature for that horse.”

A horse may move asymmetrically and have nothing wrong with it, but this may lead to issues down the road, Tyrrell-Schroeder says.

“Tracking deviations from this baseline may be important indicators of something going on with the horse that warrant additional investigation,” she said.

This baseline information is also important as lameness can be variable by day and even by stride.

Why Use A Machine To Detect Lameness? Isn't that why vets went to school?

Lameness Locator creator Dr. Kevin Keegan had noted early in his career that not infrequently, multiple knowledgeable, skilled veterinarians had trouble agreeing on what he considered an important first step in any lameness evaluation: determining if the horse is lame and if so, in what limb or limbs.

“I think to suggest otherwise is dangerous,” said Bell.

As the equipment is only valuable in the hands of a veterinarian, the information the machine gives is designed to be used in conjunction with other methods and interpreted on a case-by-case basis.

Bell hopes Lameness Locator could be used to identify horses that may benefit from additional diagnostic intervention.

“A nice feature of the software is it is able to store a horse's evaluation forever,” he said. “It would be nice to follow horses along through their season, comparing their current form back to their earlier evaluations. If something is changing, then some additional investigation may be warranted.”

For some clients, the Lameness Locator may be a cost-effective way to help provide veterinarians with more information before beginning expensive imaging.

Though an extremely useful diagnostic tool, the Lameness Locator still has limitations, most of which are created through human mistakes.

“The equipment can be placed incorrectly on the horse, though this is difficult to do,” said Bell. “The information can be interpreted incorrectly, but with proper training and experience this is also difficult to do. There have been many instances where my strong clinical suspicion was counter to the information the equipment provided and I can generally say it is unwise to ignore the objective information – I've wasted a lot of time and effort the few times I have, thinking I'm smarter than the machine.”

The Lameness Locator can have trouble detecting if a horse is equally lame in both front or both hind legs, which is also true of human evaluation of a horse. Thankfully, these cases are very rare; it's much more common for a horse to express a lameness more on one side or in one limb than the other. Keegan is also investigating an additional movement parameter that is measured by Lameness Locator, but is not currently reported, which shows promise in identifying bilateral lameness.

If the tool is so useful in detecting lameness, what is stopping every sport horse and racehorse veterinarian from using the Lameness Locator?

“I think many veterinarians question spending money for a piece of equipment that does something they think they can already do themselves,” Bell said. “A similar mindset was present when the new technology of ultrasonography was introduced–those palpating the reproductive tracts of mares and those palpating musculoskeletal structures of equine athletes thought, 'What possible additional information could I derive from this machine that is so costly?' I think you would be hard pressed to find either a reproduction or lameness veterinarian without access to an ultrasound machine in this day and age.

“And the veterinarians were right – I can say with confidence that the reproductive veterinarians practicing before ultrasonography was widely accessible were better at palpating mares than I ever could be. But so much additional information is available by use of the (now ubiquitous) technology in both the reproductive and lameness practice setting.”

The sport of racing has long held on to its historical roots, reluctantly utilizing new technologies (Keeneland didn't have a public address system for a track announcer until 1997). Bell feels that the transition to using the objective lameness evaluation a regular basis for racing Thoroughbreds is a matter of time.

The Vitals: Know Your Horse’s Numbers 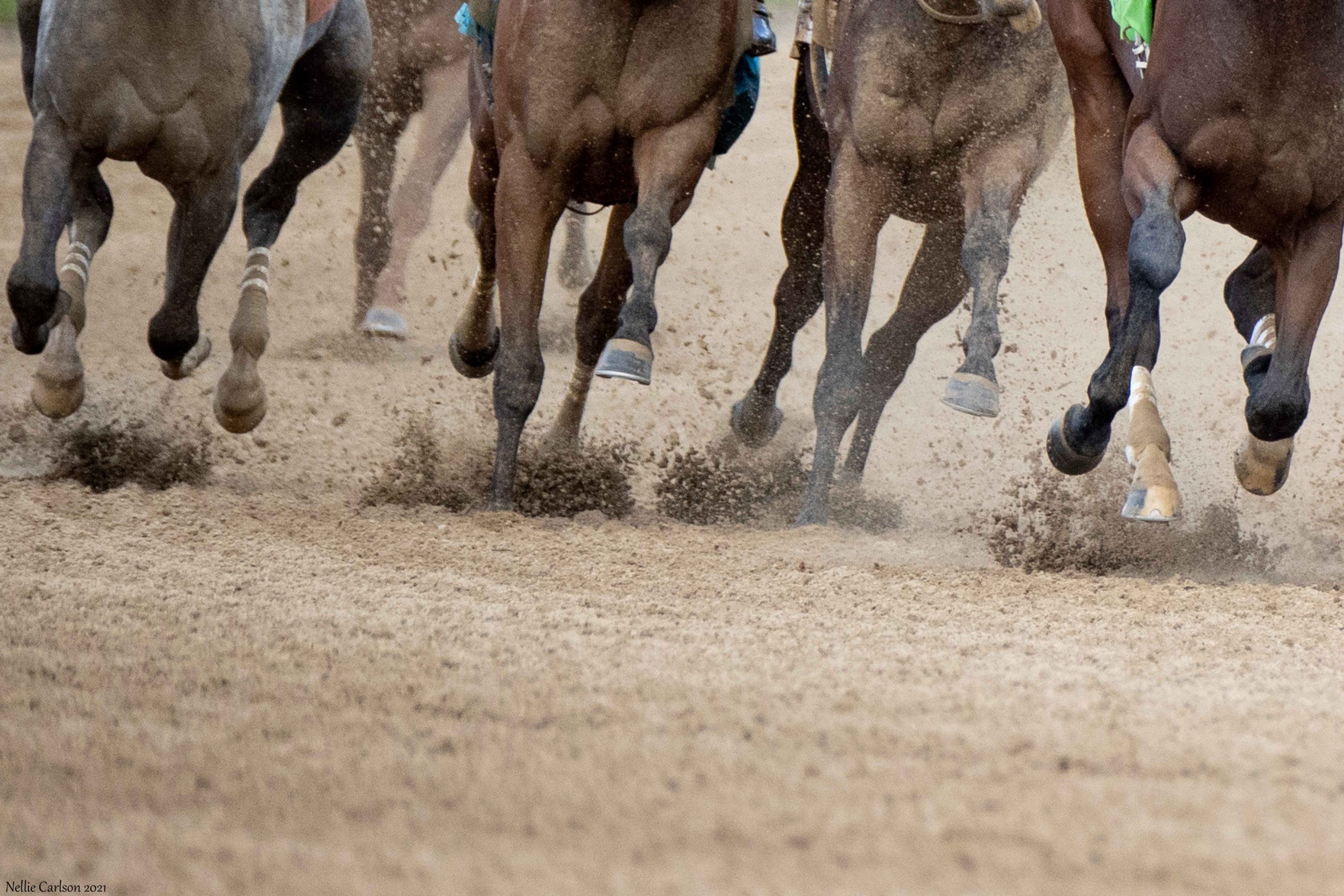 Stover: Don’t Blame The Racing Surface And Other Lessons From Studying Musculoskeletal Injuries In Thoroughbreds