The Grade 1 Starlet Stakes brings together a field of seven 2-year-old fillies hoping to earn points on the “Road to the Kentucky Oaks” and stamp themselves as horses to watch in 2023. There are no stakes winners in this group, with the best finish in a stakes belonging to Uncontrollable when second in the Grade 2 Chandelier Stakes at the distance of the Starlet in October. Blessed Touch was also second in a stakes race, the non-graded Desi Arnaz Stakes last month, run at the shorter distance of seven furlongs.

Then there's a trio of talented 2-year-old fillies trained by Bob Baffert, two of which are running in a two-turn race for the first time. One of those is Faiza, who won at first asking four weeks ago. The other is Fast and Shiny, who moves to dirt after fourth- and sixth-place finishes on turf. The last of the Baffert trio is Doinitthehardway, who has run three times without winning, most recently when second in her first two-turn try a couple of weeks ago. Pride of the Nile also moves from turf to dirt, bringing a two race winning streak into the Starlet. Classymademoiselle rounds out the field. She has run six times, winning once, that victory coming after losing by a nose but being moved up when the winner was disqualified.

Doinitthehardway is the only horse in the field that has yet to win a race, but still may be a standout in this field. In her debut back in August at five furlongs, the filly battled head-and-head early, opened up a bit on the turn then was clearly second by many lengths over the third horse. Sent to post as the heavy favorite for her second start, in September and also a sprint, she showed little interest early when sixth and checked in a well-beaten third. Given 10 weeks off, Doinitthehardway was stretched out to a mile for her most recent race on November 25 and ran second from start to finish in a very fast race in which the winner led every step of the way. Doinitthehardway ended up one length behind the winner and was 13 lengths clear of the next horse, earning a stakes quality 99 Equibase Speed Figure, which is many lengths faster than the best figure earned by any horse in this field.

Looking at an interesting Race Lens statistic related to Baffert in similar situations, going back five years horses under Baffert's care that are making their second route start after being away for 45 days or more win nearly 30% of the time and actually show a small (12%) flat bet profit on win bets. Given that this filly is likely to improve both physically and mentally off the experience of a two-turn race last month and that she gets the rail to save ground throughout, it appears Doinitthehardway can break her maiden in this year's Starlet Stakes.

Blessed Touch romped in her second career start back in October when victorious by nearly nine lengths, earning a career-best 90 figure in the process. Moving up in class into a stakes race last month, Blessed Touch rallied from fourth to finish second to one of the rising stars in the division, Justique. Trying two turns for the first time is of no concern as the other two foals of her dam have won route races, and trainer Tim Yakteen won the Santa Anita Derby this past spring with Taiba when stretching that colt out from a sprint to a route.

Faiza has a few obstacles facing her as she's only run once and never around two turns nor in a stakes. Nevertheless she could have a say in the outcome because she's another Baffert trainee and the trainer has a very strong record in 2-year-old stakes going back five years when stretching out from a sprint to a route off just a maiden win. In 10 races over that period, Baffert's starters have won four and finished second in two other races with this history. Given Faiza stretches out off a sprint in which she led after a half-mile and coasted home, there is little doubt jockey Flavien Prat is going to do anything else other than let her roll early and then play “come catch me” with the rest of the field. She earned an 84 figure in her debut so there is lots of room to improve but going from that level to the 99 Doinitthehardway achieved in her last start may be a difficult task.

The rest of the field, with their best Equibase Speed Figures, is Classymademoiselle (74), Fast and Shiny (83), Pride of the Nile (81) and Uncontrollable (85). 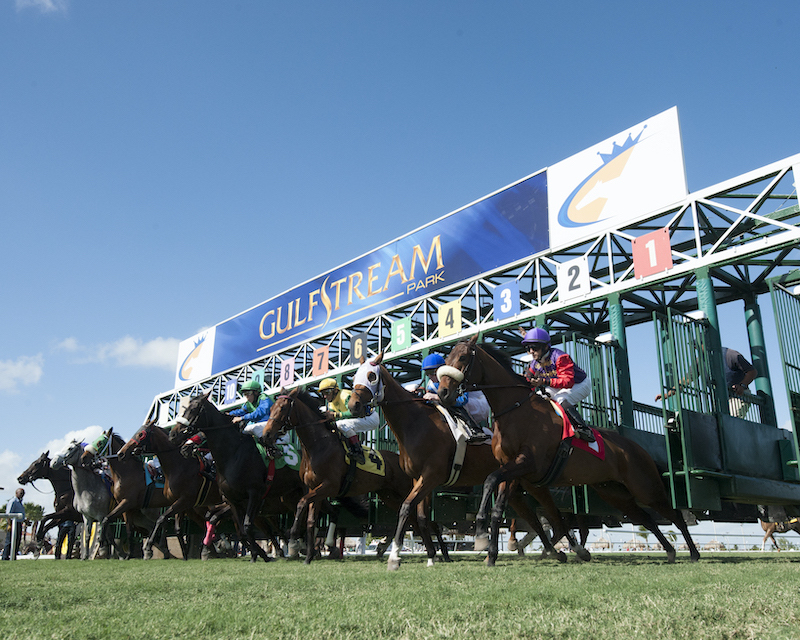