Flavien Prat and Hot Rod Charlie after their win in the Grade 1 Pennsylvania Derby.

This Saturday's Grade 2, $500,000 Lukas Classic at Churchill Downs may not be a qualifying race for the Breeders' Cup Classic five weeks from Saturday, but it certainly has implications because the top three contenders may be running in that race depending on their efforts in this one.

Hot Rod Charlie leads the field in career earnings at $5.2 million. The hard trying colt with 12 in-the-money finishes from 15 dirt races in his career just missed second by a head in the Grade 1 Whitney Stakes.

Art Collector has won 10 of 19 career starts and banked $2.3 million. He enters the Lukas Classic off a win in the Grade 2 Charles Town Classic which he also won in 2021.

Happy Saver ($1.1 million) has finished second in three straight top races since returning from a five month layoff in May. The three horses who beat him – Olympiad, Flightline and Life is Good – are all at the top of the Breeders' Cup Classic division.

King Fury has won four of 12 races in his career with three of those wins coming at Churchill Downs including the Bourbon Trail Stakes, at the distance of this race, by 13 lengths last September. He enters this race off a third place finish in August in the Fort Larned Stakes.

Then there's Rich Strike, who shocked the world at 80 to 1 when winning the Grade 1 Kentucky Derby in May. Sixth and fourth since then, Rich Strike is the only 3-year-old in the field and returns to the track which made him famous.

Chess Chief rounds out the sextet which will compete in this race. His last win came in December of last year in the Tenacious Stakes and he has not finished better than third in five races since then.

Hot Rod Charlie tries every time he races, as he's not been worse than third in 11 of his last 12 races. He's won four of those dozen, and been beaten by inches in another two. Last year Hot Rod Charlie won the Haskell Stakes but was disqualified to seventh for interference. He returned six weeks later to win the Pennsylvania Derby, earning a career best 117 ™ Equibase® Speed Figure with that effort. After a fourth place finish among some of the best in the division in last year's Breeders' Cup Classic, Hot Rod Charlie missed by a nose in California then shipped half way across the world to win the Al Maktoum Challenge and finish second in the $12 million Dubai World Cup. Then, following three months off he was beaten a head in the Salvator Mile Stakes, earning a new career-best 118 ™ figure, which improved to 122 in August when third in the Whitney Stakes. In that race, while no match for one of the fastest horses in North America in Life is Good, Hot Rod Charlie was once again tough as nails in the stretch when battling with Happy Saver and coming up a head short of second to that one. On a pattern for more improvement making his third start off the layoff, Hot Rod Charlie appears set to get back into the winner's circle in the Lukas Classic.

Happy Saver has run against the top three horses in North America on dirt since May, first when he was second to Olympiad in the Alysheba Stakes at Churchill Downs in May, although that effort came following five months off. Next in the Metropolitan Handicap in June, Happy Saver faced division leader Flightline, who will be favored in the Breeders' Cup Classic off his sensational win in the Pacific Classic this summer. Finally in his most recent start, Happy Saver finished second to Life Is Good, another of the best of the best in 2022 on dirt in North America. With none of that trio entered in the Lukas Classic, it is likely betting favoritism will fall to Happy Saver, and considering his last race figure (122 ™ ) is tied for the best by any horse in the field ever, he has every right to succeed.

Art Collector is likely the horse which the other five will have to catch to win as he is the only horse truly comfortable leading from the start. That style resulted in his last two victories in his last two starts. The first of the two came in the Alydar Stakes in August, following five months off. Then Art Collector won the Charles Town Classic for the second year in a row. Although his win in the Charles Town Classic earned a 113 figure well below the 122 earned by Hot Rod Charlie and by Happy Saver in their most recent races, Art Collector earned 121 and 120 figures last summer and fall including a win in the Woodward Stakes on this weekend one year ago, so he could play “come catch me” successfully in this situation. 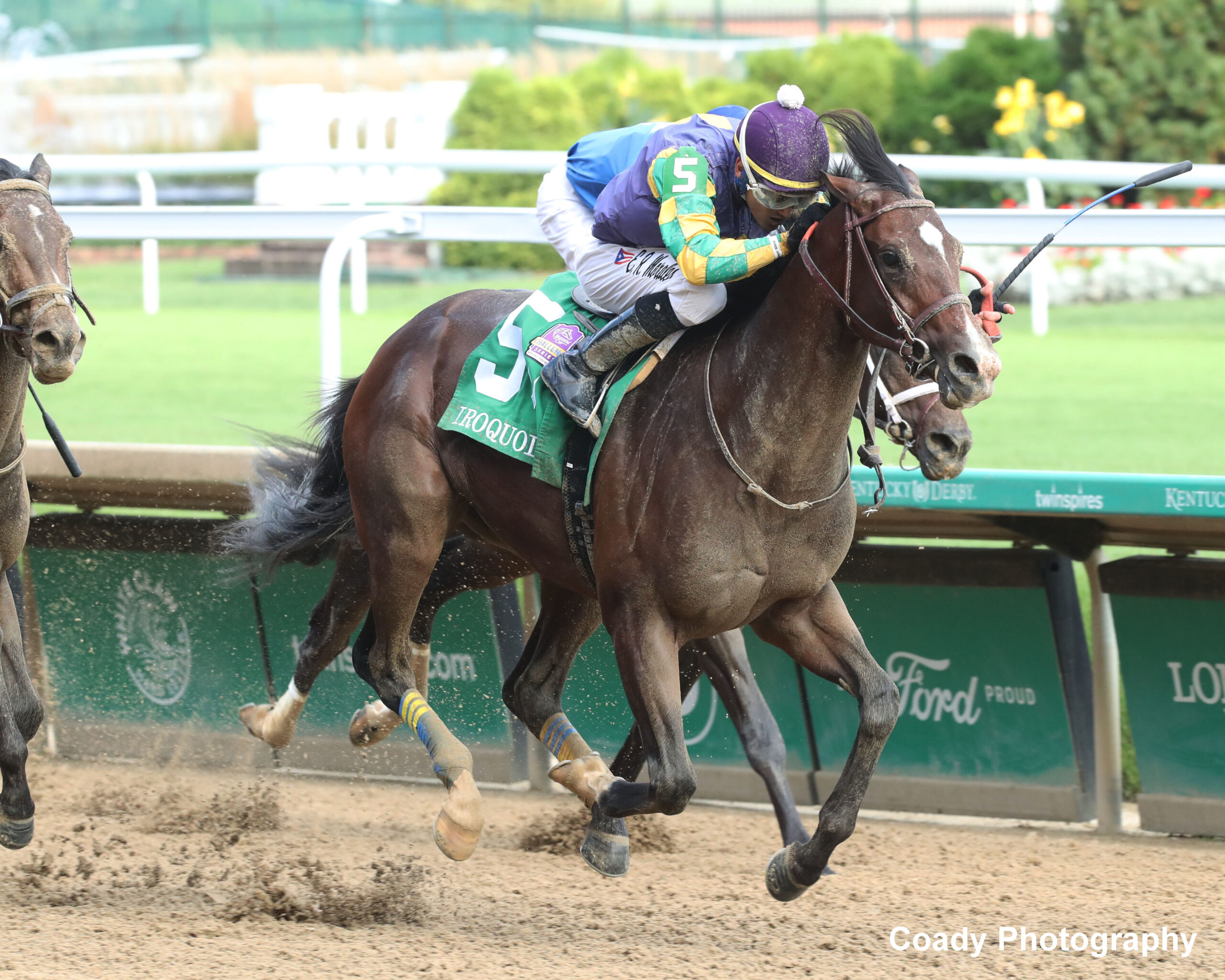