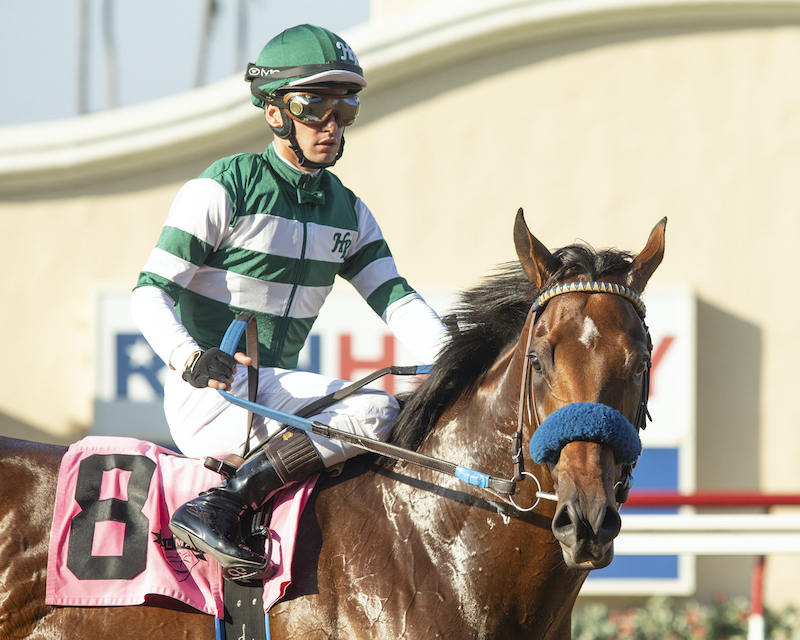 Seven horses are entered in the Grade 1, $300,000 Runhappy Malibu Stakes, one of six stakes races, all graded, which make up the opening day card for the 2021-'22 meet at Santa Anita Park in Arcadia, Calif.

In terms of earnings, Dr. Schivel tops the group with $876,000 banked to date, much of it earned last month when second and beaten a nose in the G1 Breeders' Cup Sprint against older horses. Prior to that, Dr. Schivel won the G2 Santa Anita Sprint Championship and the G1 Bing Crosby Stakes to prove he belongs in this race.

Stilleto Boy also ran in a race on that star-studded card but didn't fare nearly as well when fifth of eight in the G1 Breeders' Cup Classic, with his best effort of the year coming when second in the G1 Awesome Again Stakes at Santa Anita one month earlier.

Next in terms of accomplishments is invader Timeless Bounty, who has earned $210,714 in his career and who just pulled off the 59-1 upset in the $250,000 Steel Valley Sprint Stakes one month ago at Mahoning Valley in Ohio.

Baby Yoda won three of his first four starts including a pair of impressive efforts at Saratoga this summer. At this level, however, he did not fare so well, finishing third in the G2 Vosburgh Stakes before a seventh-place effort as the heavy favorite in the Steel Valley Sprint.

Team Merchants won the non-graded Let It Ride Stakes on the turf last month and has won two of five on dirt but his two previous tries in graded stakes resulted in fourth and 13th-place finishes.

Last but absolutely not least are a pair of horses who are undefeated in two starts to date and who are running in a stakes for the first time. One of those is Flightline, with an average winning margin of 13 lengths in his two wins. The other is Triple Tap, a half-brother to champion and Triple Crown winner American Pharoah. Triple Tap has won his two starts by a combined 6 1/2 lengths and appears to be a horse with an exceptionally bright future.

There is no discussion about this race that does not involve Flightline winning, and possibly dominating, this year's Runhappy Malibu Stakes. I cannot ever recall a 3- year-old doing what this colt has done in his two starts to date. In his debut in April, Flightline was bumped at the start and found himself sixth of eight and about 1 1/2 lengths from the leader. After a sixteenth of a mile had been run, Flightline had taken the lead and by the time the field hit the stretch he was in front by 10 lengths, eventually drawing off to win by 13 1/4 lengths. For that effort, Flightline earned a virtually unheard of 116  Equibase Speed Figure which at that time of year would have high enough to win a graded stakes.

Away from the races for a little over four months after that, Flightline relaxed in second for the first quarter mile and then won by nearly 13 lengths, this time earning a grade 1 figure of 130. To put that kind of effort into perspective, Breeders' Cup Sprint winner Aloha West earned a 110 figure and Breeders' Cup Classic winner Knicks Go earned a 118 figure. Even impressive Breeders' Cup Mile winner Life is Good (120 figure) did not run as fast as Flightline did in that effort on September 5.

Rested almost four months this time, Flightline has been working out strongly every six to eight days since October 31, including three straight workouts that were the best of the morning from among 28, 57 and 41 horses that day. Jockey Flavien Prat, who rode Flightline to victory in both starts, also rode Dr. Schivel to win four straight races and to a nose defeat in the Breeders' Cup Sprint but chooses Flightline in the Malibu. Prat also rode Triple Tap to both of his impressive wins and chooses Flightline.

Going back to how fast Flightline has run in his two starts to date, comparing those efforts to the rest of the Malibu field, even the 116 figure Flightline earned in his maiden win in April is faster than the best figure any other horse in the field has earned this year, and if he repeats the 130 figure effort from September, and even if horses like Triple Tap (107 last race figure and Dr. Schivel (112 and 110 figures in his last two races) improve off those recent efforts, it is going to be very difficult to beat Flightline in this race.

The horse to beat in this year's Malibu Stakes is Flightline.

If you are looking for a horse to come on strongly in the late stages and to finish second or third, the best options appear to be Dr. Schivel, Team Merchants and Timeless Bounty. 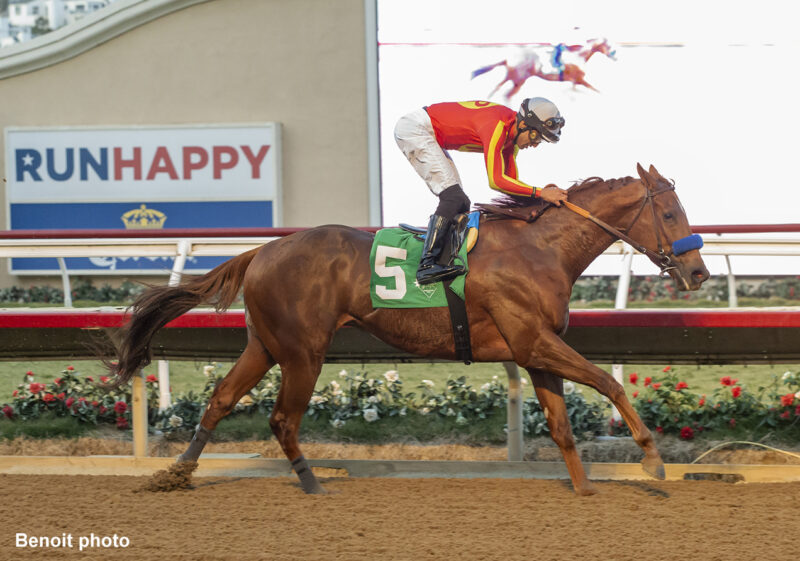 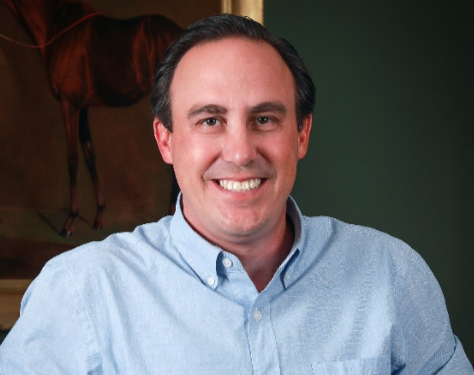