Get Our Newsletters Bloodlines - Freshman Sires 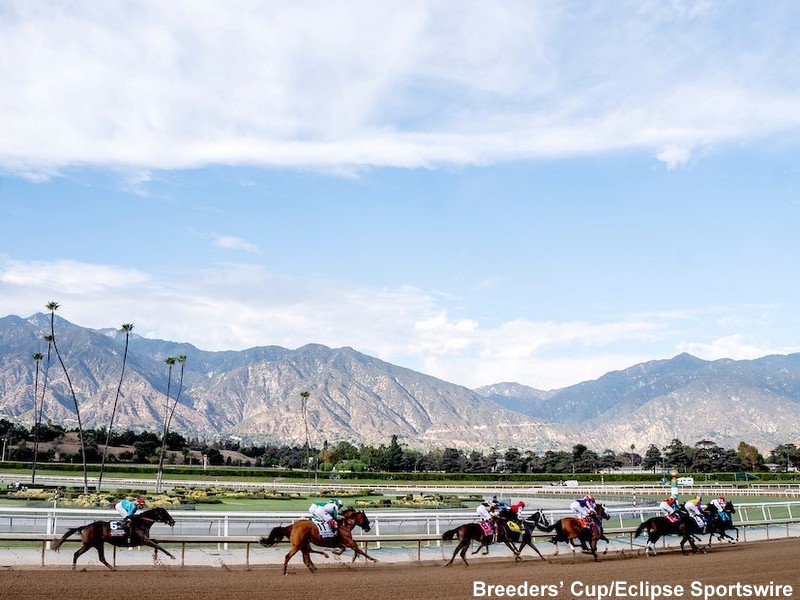 Fans will be greeted with a full complement of world-class racing, a variety of promotions and a comprehensive wagering menu when Santa Anita's 18-day Autumn Meet opens on Friday, Sept. 30.

A pair of wagers that combine races at Santa Anita and Golden Gate Fields will again be offered—the $1 Golden Hour Pick 4, and the $5 Golden Hour Double, which both feature a low 15 percent takeout. These wagers will be offered throughout the meet, excepting when live racing shifts from Golden Gate to the Big Fresno Fair, which runs from Oct. 5-16.

In addition to wagering on-track, fans have a variety of betting options, including 1stbet.com, which can be downloaded free of charge at the App Store. In addition to Santa Anita's simulcast signal, all of the track's races will be shown live on FanDuel TV.

Santa Anita's Rainbow Six Jackpot wager, which consists of the final six races on each day's program, is again available as is the low 14 percent takeout 50 cent Early Pick 5 and the 50 cent Late Pick 5.

Providing there is no single ticket winner, the 20 cent Single Ticket Rainbow Pick Six is paid on a daily basis to those consolation tickets with the highest number of winning tickets. Thirty percent of the net Rainbow pool is then carried over to a jackpot pool on the next racing day.

There are two mandatory payout days scheduled for the Rainbow Six, the first on Saturday, Oct. 15 and the second on closing day, Sunday, Nov. 6.

Santa Anita will continue to offer a low 14 percent takeout 50 cent Early Pick 5, as well as the 50 cent Late Pick 5, $1 exactas, $2 rolling Daily Doubles, 50 cent rolling Pick 3's, an early 50 cent Pick 4, as well as 10 cent Superfectas on all races with a minimum of six runners.

–$2 Win, Place & Show wagering on each, featuring the lowest takeout (15.43 percent) of any major racetrack in North America

–$1 Exactas on each race

–50 cent Early Pick 4, which will be comprised of races two through five

–50 cent Mid Pick 4, available only when there are 11 or more races carded. In the event of an 11-race program, wager begins with Race 5

–$1 Super Hi 5, available on all races with seven or more declared starters and requires players to pick the first five finishers in exact order. If there are no perfect tickets with five winners, no consolation, 100 percent of the net pool is carried over to the next Super Hi 5 race

Australia: A Golden Rose For Godolphin?