Since the Thoroughbred Idea Foundation published its piece on pool manipulation at Gulfstream Park, TIF has received a plethora of questions and comments about it. We have summarized them into eight questions below and, hopefully, provided some additional insight and context with your answers.

If you have more, don't hesitate to contact TIF using this form.

1. How often has pool manipulation occurred?

TIF has recorded dozens of manipulation incidents in recent months. Another incident occurred Saturday, November 19th, after the publishing of our story, in the second race at Laurel.

It appears about $5,000 was bet to show on a 17-1 longshot who finished last in a field of five, and all in the 30 seconds before the race. The total pool ended up at $9,248, the longshot finished last and the show payouts were likely twice the anticipated return.

2. Why do you hate the quinella? I loved betting it and now it's gone. Thanks a lot.

TIF does not hate quinellas.

The horse racing public simply does not embrace them.

On November 11, Gulfstream's exacta pools averaged $93,000. The quinella pools for the eight unmanipulated races that day averaged just over $4,000.

Small pools are ripe for manipulation. TIF's call to eliminate the quinella at Del Mar and NYRA is all about pool size and not some aversion to the quinella. These are not popular bets at American horse tracks no matter how long they have been around.

3. I understand something strange happened, but can you explain it simpler? Give us a step-by-step of what the bettor who did this was doing?

Here is a generic re-creation of what may have happened.

Step 1: One or more bettors place a series of quinella bets across various offshore sites covering a range of logical outcomes. The eventual winning 2-6 quinella combination would have been one that was covered since these two horses were first and second-favorite.

The offshore sites take these bets and book them, that is, the bets do not go into the parimutuel pools. Instead, the offshore site(s) accept the risk if the bet is successful and keep the proceeds if the bets lose. These sites share no revenue with racetracks or horsemen.

Given their risk, the sites often limit the amount a customer can win from any one bet. As a result, to maximize the value of the manipulation, one would want to place bets across many different accounts.

Step 2: Once the offshore bets are placed, one or more bettors then prepare to place the bets that will manipulate the pools. These are bets intended to lose and are placed on one or more combinations involving overmatched horses.

In this case, the bettor/s chose to focus on eventual 43-1 longshot Miss Grand Slam, placing a series of bets using Miss Grand Slam with every other horse in the race. These bets are usually placed through an ADW account. In TIF's series “Wagering Insecurity,” we wrote about multiple incidents of quinella pools at Will Rogers Downs being manipulated in the spring of 2021. An investigation by the Oklahoma Horse Racing Commission found that the manipulating bets originated at both TVG and Xpressbet.

Customers participating in the legal, regulated pari-mutuel pools can bet as they see fit. ADWs often monitor accounts for unusual or suspicious activity and retain the right to close accounts for any reason, per their terms and conditions.

For an American, transmitting funds to an offshore entity for the purpose of betting is likely illegal. Most laws governing this are seldom enforced, but of course, could be.

However, for residents of some jurisdictions around the world, the entire act is legal, including the bet with an offshore site booking bets and paying based on the pari-mutuel outcomes.

5. How does it get stopped?

Offshore or unregulated betting will almost never be stopped, but it can be slowed. The Unlawful Internet Gambling Enforcement Act of 2006 (UIGEA) helped that by making it difficult for the offshore sites to send money to customers.

A robust, attractive legal market is the best option for combatting this behavior.

TIF believes the best path forward for racing is to ensure legalization of ADW betting in as many states as possible, and for track operators to only offer bet types with pools large enough to discourage manipulation.

That ADW betting is not a legal option for residents of Georgia and Texas, amongst others, remains a failure and encourages residents of those states to use offshore options.

6. So, who was harmed? The 2-6 quinella paid far more than anyone would have expected.

The situation seems almost victimless, except for the offshore sites that may have had to pay winners. But these wagers' success relies on a horse losing, not winning. This may well give participants incentives to co-opt participants in the race to help ensure that outcome.

Manipulated pools undermine confidence in the integrity of the betting product.

Each additional “successful” incident serves as an advertisement for more manipulation in the future. That's bad for racing.

7. What happened with the final pool update? Why did the prices change so late?

According to officials with 1/ST Racing and Gaming, there is no evidence the pools closed late for this race.

They attributed the delay in posting prices to a “communications network issue that started before this race that caused multiple guest hubs, foreign and domestic, to be delayed by as much as 81.37 seconds to receive final pools.”

This happens on occasion, and while such a delay is not past-posting, the appearance is terrible.

American racing bettors are accustomed to late changes normally given the proliferation of computerized robotic wagering (CRW) – that is, algorithms used by professional betting syndicates which place massive batch bets in the final seconds of betting. Most often, those bets do not get reflected publicly until the after the start of the race.

What was unusual about this incident was the combination of the manipulation with a delay in reporting the final prices. It appears that among the last cycle of bets included a legitimate 2-6 quinella, which dropped the overall payout from $81 to $42. This bet likely came from a CRW-entity.

8. If pool manipulation has been on the rise lately, what do you think is really driving that?

One of the places you can reliably spend cryptocurrency is an offshore, unregulated betting site. Many of them incentivize customers to use cryptocurrencies to make deposits and take withdrawals.

Dr. Nicholas Weaver, a researcher at Cal-Berkeley's International Computer Science Institute and expert on cryptocurrency, does a fabulous job of explaining cryptocurrency in a February 2022 lecture:

“Cryptocurrencies don't work as a currency unless you are a criminal. The entire space is a self-assembled Ponzi scheme.”

A Q&A with Weaver from Current Affairs offers more insight.

As it relates to wagering, a May 2021 report from the Asian Racing Federation's Council on Anti-Illegal Betting & Related Financial Crime (ARF Council) noted the rise in such funding methods to facilitate betting.

“As a measure of the growth of cryptocurrency in betting, Bitcoin is now accepted on at least 127 offshore sports betting websites and 284 online casinos, which is a seven- and 13-fold increase respectively since 2018…In addition to Bitcoin, at least 780 offshore websites accept one or more of the five largest cryptocurrencies.”

Tutorials explaining how to open crypto accounts and use them on the offshore interfaces simplify the process.

“All of these features are attractive to bettors and operators in jurisdictions where online betting is illegal and/or restricted,” wrote the ARF Council.

“Regulators in many jurisdictions have also been slow to keep up with the growth of blockchain, creating loopholes exploited by organized crime. International law enforcement and anti-money laundering bodies have highlighted that blockchain and cryptocurrencies facilitate illicit activities including illegal betting and money laundering.” 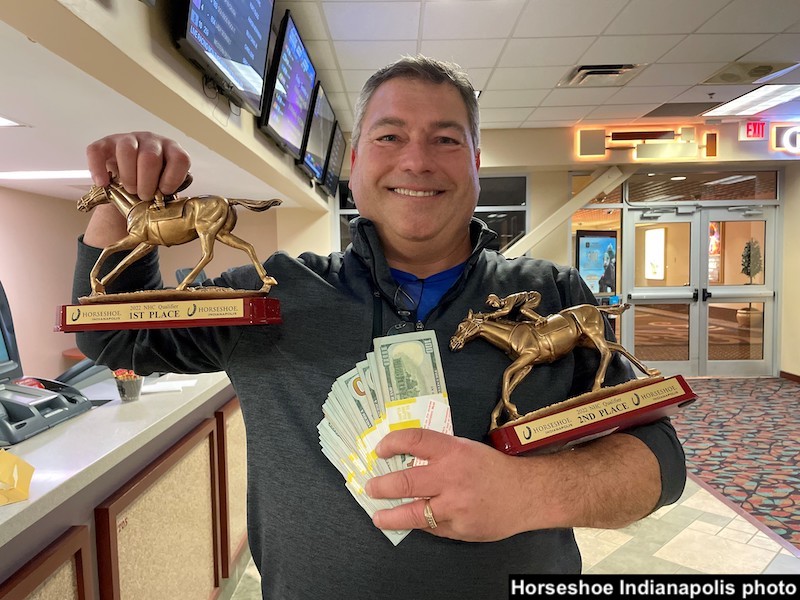