'A Lot Of Leg": First Foal Is A Colt For Spendthrift's By My Standards - Horse Racing News | Paulick Report
Skip to content
Closex 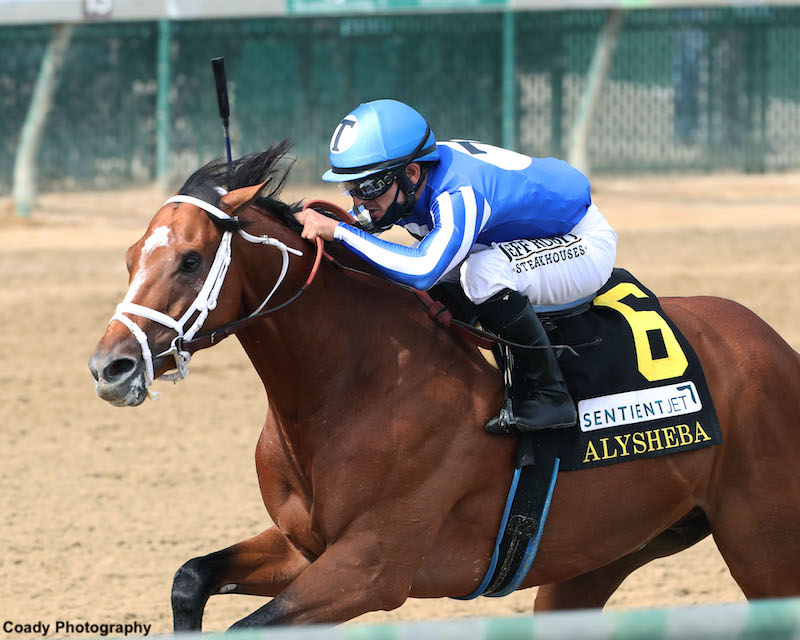 By My Standards winning the Grade 2 Alysheba Stakes at Churchill Downs.

Spendthrift Farm's By My Standards, the four-time Grade 2 winner of $2,294,430, sired his first reported foal on January 23 when a colt was born at Jacob Nance's IR Bloodstock in Midway, Ky.

Bred by Chester Thomas's Allied Racing, the bay colt is the first foal out of the young Nyquist mare Memento, whose dam is multiple stakes winner Martha's Moon and hails from the immediate family of Broodmare of the Year Better Than Honour.

“We are very happy with this colt,” said Nance. “He has good bone, a nice shoulder and hip, and a lot of leg. He's a great representation of By My Standards, and I know Chester looks forward to racing (By My Standards') offspring.”

Campaigned by Allied Racing, By My Standards captured the Grade 2 Louisiana Derby over eventual Kentucky Derby winner Country House and eventual Preakness winner War of Will as a 3-year-old. He ran the 1 1/8 miles in 1:49.53 which marked the second fastest in 84 runnings of the Louisiana Derby at that distance.

As a 4-year-old, By My Standards won his first three starts including the G2 New Orleans Classic at Fair Grounds and G2 Oaklawn Handicap, running 1 1/8 miles in 1:47.80 in the latter to mark the fastest Oaklawn Handicap since Medaglia d'Oro in 2003. He went on to score his fourth Grade 2 win in the G2 Alysheba at Churchill over multiple Grade 1 winner McKinzie.

By My Standards is out of the multiple Santa Anita stakes winner and earner of $469,956, A Jealous Woman. He is set to stand his second season at stud for a fee of $5,000 S&N.