American Lion, a multiple graded stakes-winning son of Tiznow, has been retired and will stand stud at John Phillips' Darby Dan Farm in Lexington, KY.

“I have followed American Lion's career, and have always been keen to stand him at stud,” said Robert Hammond, Darby Dan's general manager. “He's the best looking son of Tiznow I've ever seen. He's a big, handsome, strapping physical who was very precocious on the track and showed tremendous speed. I am looking at Tiznow to be the next great sire of sires.”

American Lion began his career impressively as a 2-year-old, breaking his maiden by an eye-catching 6¾ lengths at Keeneland in the strongest maiden performance of that Fall meet. In his next start, he traveled to California to win the seven-furlong Hollywood Prevue S. (G3) at Hollywood Park to close out his juvenile campaign as a graded stakes winner and emerging Derby contender.

As a 3-year-old, he stretched out his speed to win the $500,000 Illinois Derby (G3) at 1 1/8 miles in his first start on dirt, earning a negative three-quarter Thoro-Graph number. It was the fastest Thoro-Graph number earned by any 3-year-old in the 2010 Kentucky Derby field prior to the Run for the Roses.

“I've had a lot of luck with sons of Tiznow, including Well Armed and Colonel John, and I'm excited to come to Darby Dan Farm with American Lion, who I think was as talented as they come,” said owner Bill Casner. “If you come and look at American Lion, you will want to breed to him. He demonstrates the best of Tiznow's strengths, and I look forward to supporting him with my own mares.”

American Lion will stand for a stud fee of $5,000 live foal, stands and nurse. Lifetime Breeding Rights are also available for purchase. For further inquiries, or to set up an appointment for inspection, please call Ryan Norton, Robert Hammond or Suzie Oldham at (859) 254-0424. 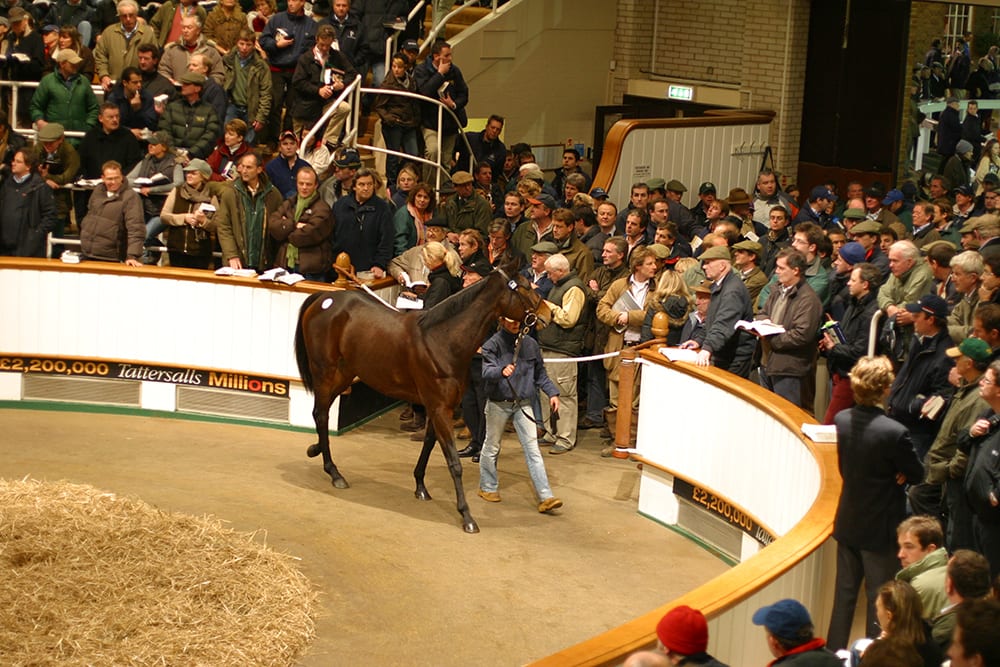