The first foals by Spendthrift Farm's Horse of the Year Authentic have begun to arrive, and to celebrate, Spendthrift is hosting a “Foal Derby” to share photos of the stallion's debut crop and reward breeders and fans with prizes.

Each week leading up to the Kentucky Derby, a group of Authentic's foals will be displayed on Spendthrift Farm's social media channels. The two foals with the most likes and shares will face off in the finals each Friday to decide the favorite. Both finalists will then be among 20 horses eligible to win the grand prizes, based on the results of this year's Kentucky Derby. Voters will also be eligible for weekly prizes.

To learn more about the rules and prizes for both breeders and voters, click here.

Authentic, a 5-year-old son of Into Mischief, stands at Spendthrift Farm for an advertised fee of $70,000. He was named Horse of the Year in 2020, following a campaign that saw him earn Grade 1 victories in the Kentucky Derby, Breeders' Cup Classic, and Haskell Stakes.

This week's matchup of finalists sees two youngsters with black type on their pages from the highest-level races in the U.S. and abroad.

Let's take a look at this week's finalists…

The third foal out of the Grade 3-placed Big Brown mare Sine Wave, who had previously been bred to Into Mischief and American Pharoah. Sine Wave is herself out of a Grade 2-placed mare, and the extended family is highlighted by 2004 Italian Oaks winner Menhoubah.

“Sine Wave is a beautiful, powerfully-made mare, and Authentic adds not only his strength to the nicking of the two, but he also gives a lot of elegance and has a lovely topline,” said breeder Martha Jane Mulholland. “This filly is just that. She's very well balanced, the neck sets into the shoulder well, and we're extremely pleased with her. I think she looks like an awful like our other Authentics. He seems to be stamping them with that elegant, powerful look.”

The fourth foal out of the Bernardini mare Astray, who is a half-sister to the star-crossed Kentucky Derby runner-up Eight Belles. Astray had previously been bred to Arrogate, Curlin, and Into Mischief. Grade 3 winner and sire Belong To Me is in the colt's extended family.

“I'm a huge fan of the family,” said Machmer Hall's Carrie Brogden. “Astray is by Bernardini, and she's one of the prettiest Bernardini's you'll ever see. With Into Mischief heading out of our price range as commercial breeders, we looked to the next best thing, which we felt was Authentic.

“Machmer Hall has five mares going back to him this year, and we have five foals due,” she continued. “We've already had three. Every time I look at his ads, it's just one amazing foal after another, and that's what we feel is happening at our farm, too. The colt is the spitting image of his father, who I thought was an exceptional physical. He's throwing the stretch and the leg that Into Mischief doesn't necessarily have himself, but Authentic is throwing his own stretch and leg.” 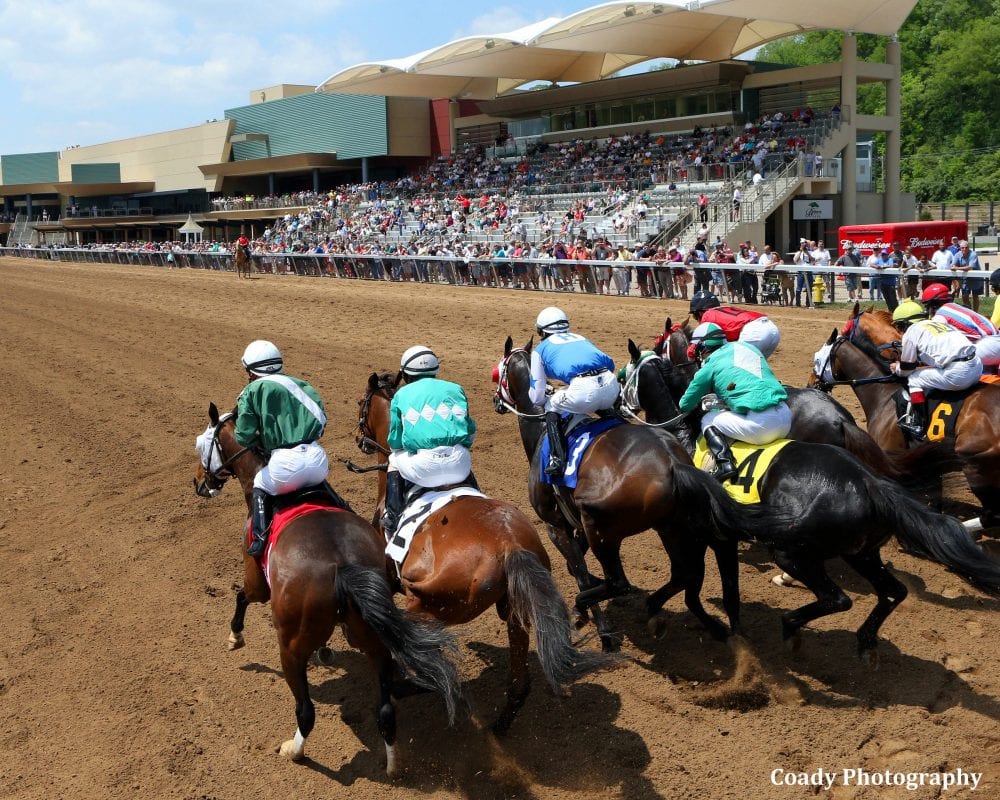