A history-making sprinter when winning the Grade 2 Amsterdam Stakes with a 121 Beyer Speed Figure – the highest Beyer by a 3-year-old sprinter in history – Shancelot has been retired to Buck Pond Farm, Crawford Farms Racing announced Jan. 11. He will stand for a fee of $7,500 in 2021.

“We're excited to stand Shancelot in Kentucky where we recently purchased a farm close by,” said Al Crawford of Crawford Farms Racing. “We feel his incredible speed will attract a lot of breeders and we are very actively purchasing mares at the Keeneland January Sale to support him ourselves.”

Shancelot showed speed from the start when winning his first three races by a combined 19 lengths. In his six starts, Shancelot never finished worse than third and registered four career triple digit Beyer Speed Figures against the best horses in the sprint division. His record-breaking 121 Beyer Speed Figure is bested only by Arrogate in the 2015 Travers at ten furlongs (122) and Holy Bull in the 1994 Met Mile at eight furlongs (122) by 3-year-old colts.

Breaking his maiden over Grade 1 winner Bodexpress in his debut at Gulfstream Park, Shancelot romped to a 6 1/4-length victory in his second start before stepping up to stakes company that summer. The colt made history in his next start in the Grade 2 Amsterdam Stakes with a 12 1/2 length victory to burst onto the sprinting scene with the aforementioned 121 Beyer Speed Figure.

Following his Amsterdam romp, Shancelot ran exclusively in Grade 1 company from then on, coming just a head away from a Grade 1 victory in the H. Allen Jerkens Stakes next out behind Mind Control.

Shipping to the West Coast for the first time, Shancelot ran a game second in the G1 Santa Anita Sprint Handicap. Racing in his traditional spot on the lead, he was collared near the wire by multiple Grade 1 winner Omaha Beach ($35,000 stud fee) to lose by a just head.

Shancelot ended his career with a determined second in the Breeders' Cup Sprint to eventual Eclipse champion Mitole. Shancelot broke into triple digit Beyer Speed Figures for the fourth time in the race with a 110. A winner of half his starts, Shancelot retires with $624,300 in earnings.

“He is an absolutely gorgeous horse,” said trainer Steve Asmussen, “He had limitless ability. He was mentally talented with a great disposition. I am looking forward to seeing his offspring.”

“Shancelot could be a breed-changer with his speed. He was brilliantly fast, and comes from a fast family with a lot of class. He showed that class when competing among an incredibly strong division of sprinters,” added Buck Pond Farm's Doug Arnold.

Currently located at Fair Grounds with trainer Steve Asmussen, Shancelot is expected to ship to Kentucky soon and will be available for inspection at Buck Pond Farm upon his arrival. 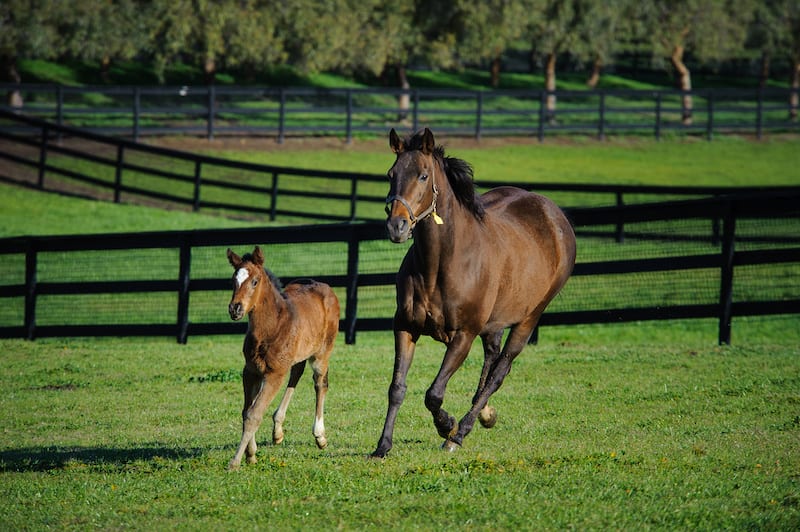