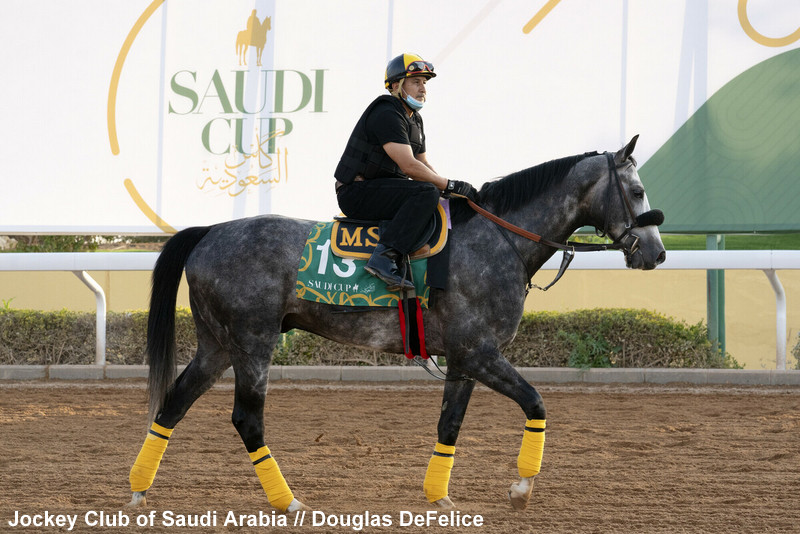 In “Value Bloodline Showcase,” we'll look at stallions that offer value in regional marketplaces, with interviews from the operations that stand them.

Miguel Silva, trainer: He's over 16 hands, he's handsome, he's sound, and he ran without any medication, any Lasix in all the big races. You have to run without Lasix in those races, so he didn't bleed.

What types of mares do you expect he will match the best with, both in terms of physical and pedigree?

Jerri Harmon, Swifty Farms: As far as physical, we generally base those decisions on how we feel the stallion and mare will complement each other, or perhaps even compensate for a weakness. Sleepy Eyes Todd is a conformationally correct individual, who exudes the eye appeal expected of a stallion in his class. That being said,  I feel mare owners can breed with confidence without fear of a predisposed negative trait popping up in the foals, from the sire's side. A pedigree that has been repeating itself in Sleepy's upcoming book happens to be strongly influenced by Unbridled's Song.

How would you describe Sleepy Eyes Todd's physical to people that have not seen him in person? How tall is he?

Silva: He's just gorgeous. He's big, he's muscular, he's very correct. He has a great personality. Just a cool horse to be around. He's a little bit over 16 hands, a big guy.

Sleepy Eyes Todd won stakes races from seven furlongs to 1 1/8 miles, and he was a top runner from ages two to five over bullrings and mile tracks. How do you think having a race record that versatile will serve him at stud?

Silva: He can compliment any kind of mare, and that's what you're looking for. With El Prado on top, he could even throw some turf babies. If you put the right mare under him, he could throw five furlongs on the turf or 1 1/16 miles on the dirt. It doesn't matter, and that's great.

His sire, Paddy O'Prado, was best known for his wins on turf, but he was also a very good runner on dirt and synthetic. Do you see potential for Sleepy Eyes Todd to sire runners beyond his preferred dirt surface based on his physical and pedigree?

Harmon: Yes! Sleepy gives me the impression of a horse who could easily sire multi-surface runners.

Why do you think Sleepy Eyes Todd will be a good fit within the Indiana program?

Silva: It's so close to Kentucky, I hope he can get a lot of mares. The program in Indiana runs Indiana-sired races, and I think they can put his name on top of the list for stallions. Plus, we're going to have a stable in Indiana. We foal several mares in Indiana, so we're hoping to develop a program for him in the state.

Why should breeders outside Indiana consider Sleepy Eyes Todd for their mares?

Harmon: Sleepy is standing in Indiana, due to being home to one of the most lucrative regional racing programs in the country. David Cobb (Thumbs Up Racing), owner of Sleepy, is enthusiastically aiming to raise race horses. If your goal is to raise a race horse, come join us.

What is something about Sleepy Eyes Todd that you think goes overlooked?

Silva: Everybody thinks because Paddy O'Prado didn't make it as a sire in Kentucky, he's out of the picture already, but I think he has every potential to be a great stallion, especially for big races. On the bottom side, his grandsire (Wild Rush) was a multiple Grade 1 winner, so I'm confident that he's able to throw good runners going long, and do well as a sire.

What makes Sleepy Eyes Todd a value in his price bracket?

Harmon: One would be hard pressed to find a stallion with Sleepy's performance record, and siring potential, at a better value.

What else should breeders know before picking up the phone?

Harmon: They are about to make a great decision! Swifty Farms, Indiana's premier full service breeding farm, is here to help you succeed.