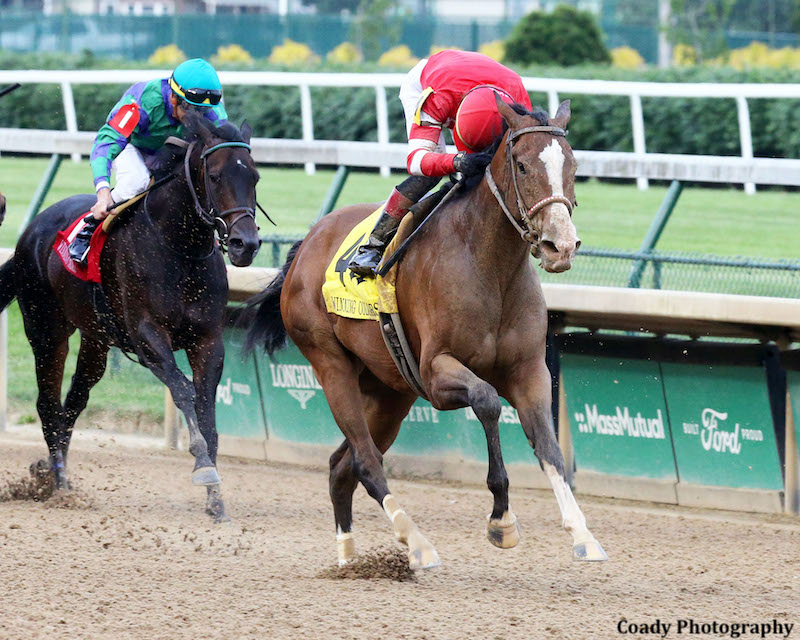 Sconsin wins the 2021 edition of the Winning Colors

When trainer Greg Foley first saw the condition book for Arlington Million Day at Churchill Downs his excitement was evident. The reason: the inaugural running of the $200,000 Lady Tak would be staged beneath the historic Twin Spires and he could keep his prized mare Sconsin based in Kentucky to continue her path toward the $1 million Breeders' Cup Filly & Mare Sprint (Grade 1) at Keeneland.

“Our home is at Churchill Downs and we ended up having to ship (Sconsin) to Saratoga last summer,” Foley said. “Things didn't work out that day but I'm sure excited this year she can run out of her own stall at Churchill.”

Foley began plotting a course over the winter for the Lloyd Madison Farm homebred to get to the Breeders' Cup World Championships at Keeneland. When the Breeders' Cup was last staged at Keeneland in 2020, Sconsin finished fourth behind eventual Eclipse Award champion Gamine, former Longines Kentucky Oaks (G1) heroine Serengeti Empress and fellow Lady Tak rival Bell's the One.

“The Lady Tak is still a tough race,” Foley said. “Bell's the One is a very talented filly and on paper it looks like there is some speed that will be in front of us early. Last time out in the Chicago (Stakes), I thought Mitchell (Murrill) gave her a great trip but we ended up begin second best that day to Lady Rocket.”

Churchill Downs leading rider Tyler Gaffalione, who was unable to be in the saddle for Sconsin's Chicago Stakes (G3) run due to his commitment to ride White Abarrio in the $500,000 Ohio Derby (G3), will be in town from Saratoga for Saturday's special one-day program to pilot the Include mare from post No. 2.

“We're taking things one race at a time but we're coming into Saturday's race doing great and looking forward to the next three months until the Breeders' Cup,” Foley said.

Here's the field for the Lady Tak from the rail out (with jockey, trainer and morning line odds):

Be Your Best Headlines ‘Win And You’re In’ Miss Grillo