Golden Pal Out Of Gate Like A Rocket, Runs Away With Turf Sprint - Horse Racing News | Paulick Report
Skip to content

Many top trainers know that the break is everything in a sprint race, and Golden Pal provided a textbook example in the Grade 1 Breeders' Cup Turf Sprint, taking the lead and never looking back for conditioner Wesley Ward.

Golden Pal and Irad Ortiz Jr. rocketed out of the third starting gate so quickly, television commentators watched the replay to verify his gate had indeed not opened before his competitors'. After a sharp break, Golden Pal kept clear of the rest of the field throughout the five-furlong race and drew away by 1 1/4 lengths from a valiant closing effort by Lieutenant Dan in the stretch. Lieutenant Dan and Frankie Dettori had given chase to a blistering early pace. Fractions were initially recorded as :21.71 and :43.34 with the final time as :54.75, equalling a course record set by Fast Parade on Aug. 16, 2006. Later, the Equibase chart updated those fractions to :22.25 and :43.91, with the final time as :55.22.

No explanation was provided for the change, other than it was part of a “data review.” Several race times on Friday were revised after being initially announced.

Ward and Ortiz teamed up earlier in the weekend to win the Juvenile Turf Sprint with Twilight Gleaming (IRE). This was the sixth Breeders' Cup win for Ward and the 13th for Ortiz.

Bearstone Stud (Mrs. John Magnier, Michael Tabor, Derrick Smith, and Westerberg) own the 3-year-old son of Uncle Mo, who was bred in Florida by Randall E. Lowe. Golden Pal is out of Midshipman mare Lady Shipman. He was an RNA at the Keeneland September Yearling Sale for $325,000, where he was consigned by Taylor Made Sales Agency.

Golden Pal was the winner of last year's G2 Breeders' Cup Juvenile Turf Sprint and came to this race off a win in the G2 Woodford on Oct. 9 at Keeneland. He also picked up a win in the G3 Quick Call.

“I was actually watching the race with a good friend of mine, Henry, and I said, Henry, watch this fellow go out of the gate, and he says, What you mean? The language that came out of him after the horse went a couple of strides I won't be repeating in here. It was incredible,” said M.V. Magnier on behalf of the ownership group.

Golden Pal's connections confirmed to media he will likely stay in training next year. His 2022 goals are to be determined, but Royal Ascot could be on the agenda.

It's possible Golden Pal could switch surfaces at some point in the future, also.

“He's not just a turf sprinter, I kept him on there because he was a little fragile early on, but his workouts on the dirt have been eye-openers, so that's something,” said Ward. “If we do decide to move forward that's something that would also be in consideration. This way breeding-wise he'll be open to either surface.”

Winning trainer Wesley Ward (Golden Pal) – “He's got the title – he's the best horse (I've ever trained). Bruce Headley, a great trainer, once told me when he had Kona Gold, 'stay in there long enough and you'll get one as good as this.' I hope everyone in horse racing has a horse like this, as special as he is. He's just fast. He's mature and he has so much upstairs, as well. He has so much natural ability. What a horse.”

Winning jockey Irad Ortiz Jr. (Golden Pal) – “I was happy to get the lead easily and he responded to me when asked I him for the run down the stretch. I was confident coming for home and he still felt very strong. He was ready today.”

Trainer Steven Miyadi (Lieutenant Dan, second) – “He wasn't ready to run against a rocket ship. He ran great, probably the best race of his life.”

Jockey Geovanni Franco (Lieutenant Dan, second) – “I had a great trip.  He gave us a great race, I thought.  He always tries very hard for us.  I'm not disappointed in his effort.”

Trainer Phil D' Amato (Charmaine's Mia, third) – “I was very happy with her performance. The top two horses are extremely nice colts and I think it was a track record (Golden Pal) set. My filly is so game and outfinished the rest of the field. She's a G1-placed filly now going to sell at Keeneland. I would love to train her again, but I know she's at a stage when some like to breed them. If she goes back into training, I would love to train her again.”

Jockey Andrea Atzeni (Emaraaty Ana, fourth) – “He ran good, kept going all the way to the line. I just couldn't keep up in the early stage. Golden Pal was just electric. I let him find his feet early and got in a good position. They've quickened again in the stretch and just couldn't get there. He's had a great season and done us all proud again.”

Trainer Adrian McGuinness (A Case of You, fifth) – “He ran a massive race and going past the line would have been placed with a bit further. He's been invited for Hong Kong which is something we'll discuss over the weekend and if he travels home well it's something we'll think about.”

Jockey Tom Eaves (defending winner Glass Slippers, eighth) – “The ground was a bit quick for her, but we have no real no excuses. She just wasn't good enough on the day.” 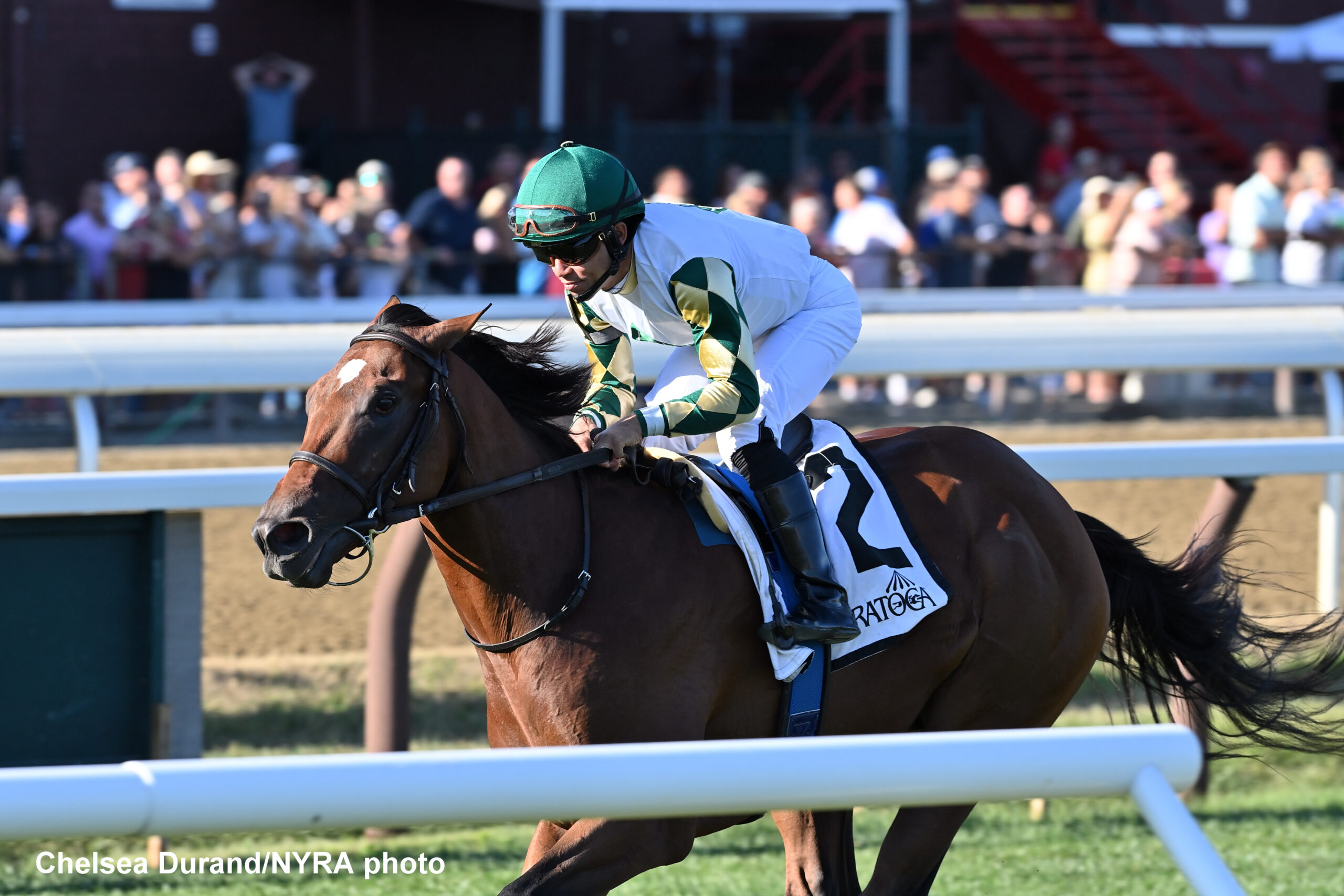