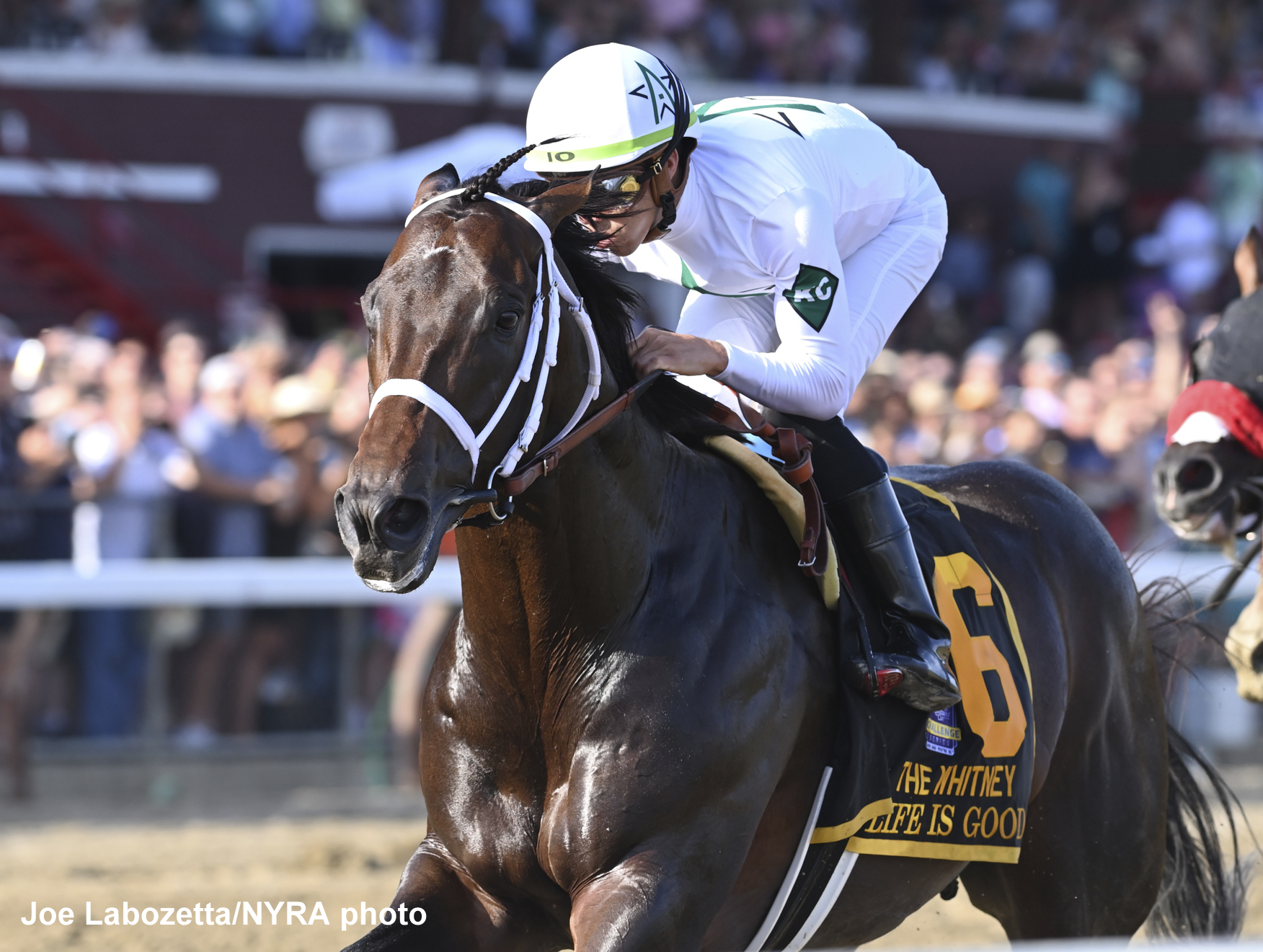 When CHC Inc. and WinStar Farm's Life Is Good crossed the finish line two lengths the best in Saturday's 95th running of the, $1 million Whitney (G1) at Saratoga Race Course, it marked the fourth time Hall of Fame conditioner Todd Pletcher was awarded the trophy for the historic nine-furlong event for older horses.

Looking back on past wins with Left Bank [2002], Lawyer Ron [2007], and Cross Traffic [2013], Pletcher acknowledged how difficult it is to find the winner's circle in the Whitney, noting the duality between the two heartbreaking losses he suffered when second with Quality Road in 2010 and Liam's Map in 2015, and the highest honors he achieved with his four victors.

“It feels great [to win again]. We've been fortunate to win four now and I would say two of the toughest beats we have ever taken were in the Whitney, too, with Quality Road and Liam's Map,” Pletcher said. “So, we never take for granted how hard they are to win.”

Life Is Good, a son of Into Mischief, continues to prove his place as the leader of the older male division, building upon a victory in the Pegasus World Cup Invitational (G1) to kick off his 4-year-old campaign in January at Gulfstream Park and a runaway score in the John A. Nerud (G2) as his final race before the Whitney on July 2 at Belmont Park.

He found Whitney glory with his usual front-running tactics, breaking sharply from the outermost post 5 under Irad Ortiz Jr. and making every step towards the finish a winning one. He completed the nine furlongs in 1:48.97 and was awarded a 107 Beyer Speed Figure, his eighth consecutive triple-digit figure.

Pletcher said Life Is Good's class not only allows him to excel on the racetrack, but to do so despite difficult factors like the ones he faced yesterday with the main track rated as good and harrowed, and temperatures in the low 90s with high humidity.

“He's a super special horse. He's so consistent not only in his races, but in his daily routine. He's eager to please every day,” Pletcher said. “I was concerned about all of those variables, and we got a downpour that I kind of didn't know what condition that would leave the track in. Then it got real steamy and humid and super hot. The track all meet has been super challenging, but he was able to overcome it all.”

With his Whitney victory, Life Is Good has received a berth to the $6 million Longines Breeders' Cup Classic (G1) on November 5 at Keeneland. Should he run in the Classic and not in the Dirt Mile to defend his 2021 title, it would be the second time Life Is Good has raced at the 1 1/4-mile distance, his first try a weakening fourth in the Dubai World Cup (G1) in March at Meydan Racecourse in his lone off-the-board finish through 10 starts.

Pletcher said he expects Life Is Good to handle stretching out again after his strong performance in the Whitney.

“I think yesterday was kind of the race that was going to tell us which direction to go, and I think based on that, we'd be looking at the Classic,” said Pletcher.

It is possible that Life Is Good could get one more start before the Breeders' Cup with Pletcher not completely ruling out an engagement in the $500,000 Woodward (G1) on October 1 during the Belmont at the Big A fall meet. 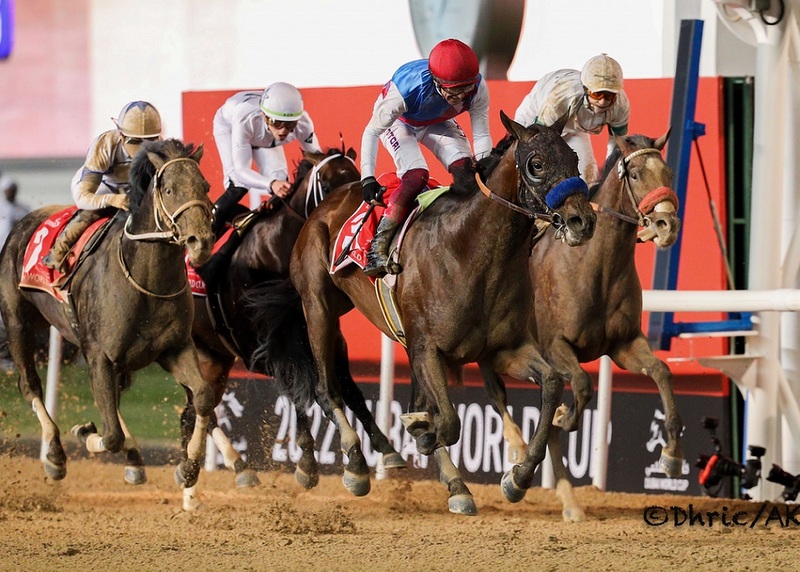 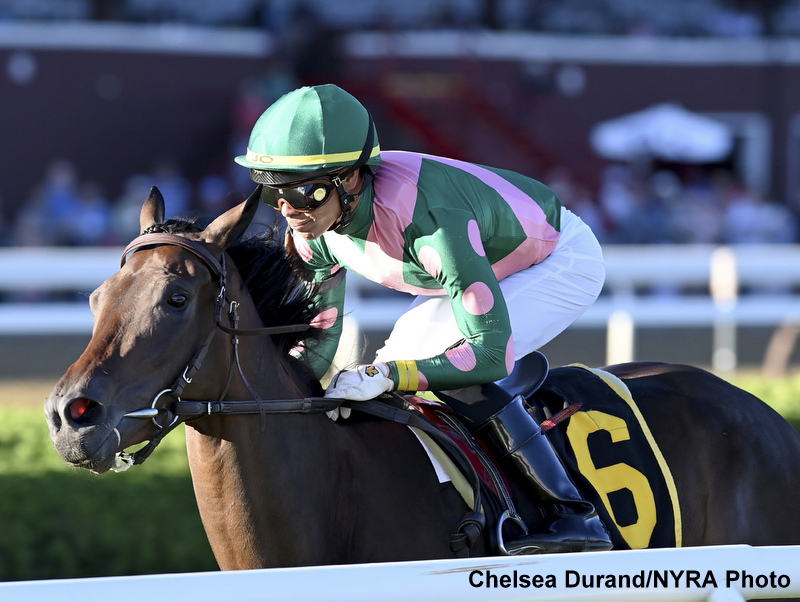 Be Your Best Headlines ‘Win And You’re In’ Miss Grillo 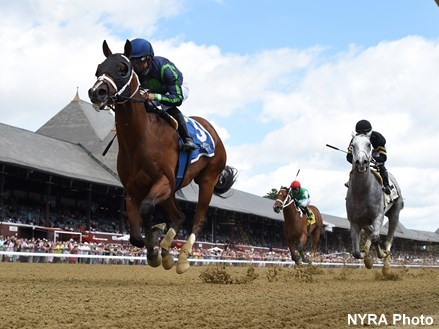