The favorite and defending champion Shedaresthedevil arrived at Del Mar Wednesday night and took a turn around the Del Mar oval Thursday morning in preparation for this Saturday's Grade 1 Clement Hirsch, the second of six Breeders' Cup “Win and You're In” races at Del Mar this summer.

Marcello Aqcuinde is tending to the 2020 Kentucky Oaks winner for trainer Brad Cox. He says she shipped fine and took to the track right away.

“She behaved well,” Aqcuinde said, “just stood for a little bit then galloped one mile. She was good.”

Last year at this time, Flurry Racing Stables, et al's, Shedaresthedevil came to Del Mar looking to rebound from a third-place finish to the eventual Eclipse Award winning mare, Letruska, in the G1 Ogden Phipps at Belmont Park. She had already established herself as a leading contender in the Distaff division with victories in the G2 Azeri at Oaklawn Park, a race in which she beat Letruska, and the G1 La Troienne at Churchill Downs.

She lived up to her billing, winning the G1 Clement Hirsch by over three lengths, defeating the likes of Venetian Harbor and As Time Goes By.

This year, Shedaresthedevil is coming out West in good form, fresh off a dominating win in the G2 Fleur de Lis at Churchill Downs last month. But it came after a relatively slow start, by her standards, to her 5-year old campaign. She finished third in the Azeri in her 2022 debut then got rundown by Pauline's Pearl and finished second in the La Troienne.

Those defeats are a distant memory as Shedaresthedevil gets set to take on six rivals in another contentious graded stakes race at Del Mar. Some could argue it's tougher than last year's Clement Hirsch. Bob Baffert is bringing Baoma Corp's Private Mission, a multiple graded stakes winner who won the GII Santa Maria in June at Santa Anita. Despite his filly's impressive credentials, Baffert is wary of going up against Shedaresthedevil.

“I hate to see that filly fly out here,” Baffert said. “She's so nice and definitely the horse to beat. And Brad Cox is so tough. He does such a great job.”

Private Mission has one gear and that's go. Just ask Letruska in last year's Breeders' Cup Distaff. But Baffert says he has no intention of changing his filly's tactics.

“Speed is her weapon,” Baffert notes. “She's a nice filly and she's been working well down here.”

Private Mission won the G3 Torrey Pines at Del Mar in 2021 followed by a victory in the G2 Zenyatta at Santa Anita. But then came the Breeders' Cup Distaff in which she and Letruska set suicidal fractions and eventually faded to the back of the field. The daughter of Into Mischief followed that race with a sixth-place finish in the G1 La Brea at Santa Anita before Baffert gave her some time off. She returned with a runner-up finish in the G3 Las Flores in March followed by her win in the Santa Maria.

Here's the field for the GI Clement Hirsch from the rail with jockeys and morning line odds: 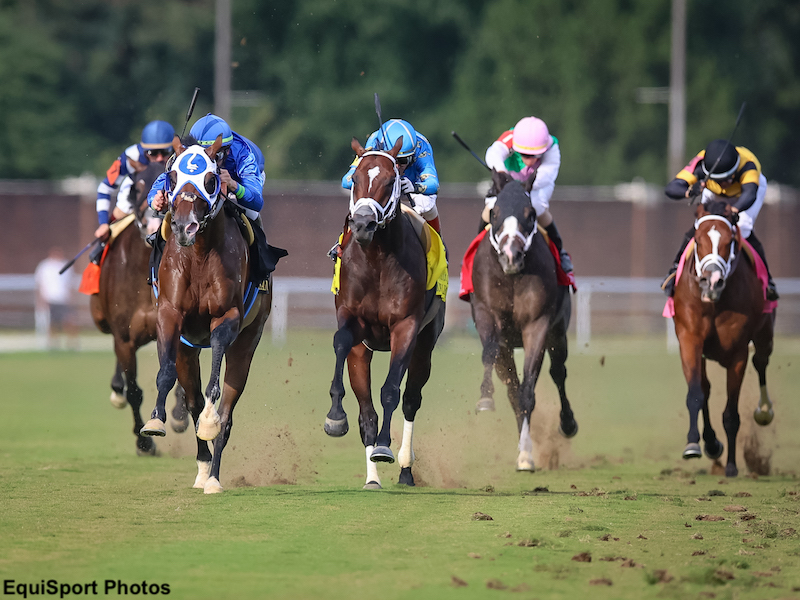 Santin Sails Clear In Transplanted Arlington Million At Churchill Downs, To Aim For BC Mile 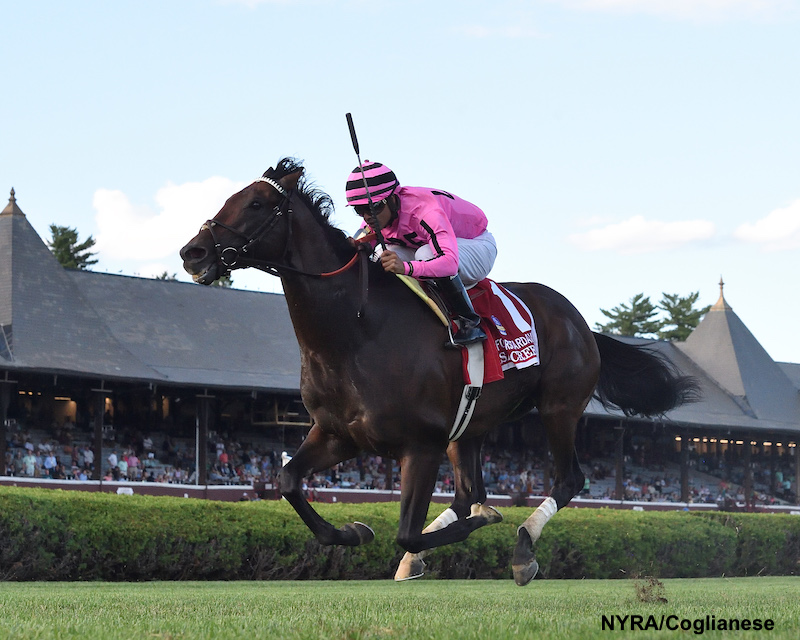