October 30, 2022: The view of sunrise at it hits the paddock at Keeneland Race Course in Lexington, Kentucky on October 30, 2022. Scott Serio/Eclipse Sportswire/Breeders Cup

While the undefeated, unchallenged 4-year-old colt Flightline may be drawing the majority of the headlines for this year's Breeders' Cup World Championships at Keeneland, there are, as always, a number of other compelling stories hidden amongst this year's contenders.

Some of those listed below are race favorites; others may well offer the longest odds in their respective races. No matter their perceived chances, the connections of these Breeders' Cup entrants are looking forward to their opportunity on the world stage.

The Iowa-bred 2-year-old gelding who has been a monster in five wins from five starts will make his grass debut in the $1 million Juvenile Turf Sprint. Co-owner Tom Lepic namied Tyler's Tribe after his 8-year-old grandson Tyler Juhl, who was diagnosed with leukemia and treated for over two years at the University of Iowa Children's Hospital.

The best news is that Tyler Juhl is now cancer-free.

The second-best news is that Tyler's Tribe, who has developed a huge fan following in Iowa at Prairie Meadows, is 5 for 5 by a combined 60 lengths as he attempts to become the first Iowa-bred to win a Breeders' Cup race.

Juhl was diagnosed with B-Cell Acute Lymphoblastic Leukemia in August of 2020, and immediately underwent surgery to have a port implanted in his chest. He survived complications from the surgery, then began chemotherapy. His family created a Facebook page to keep friends and family updated on his journey.

Tom Lepic, Juhl's grandfather, purchased Tyler's Tribe for $34,000 as a yearling in the fall of 2021 from the ITBOA Fall Mixed Sale. He named the son of Sharp Azteca after his grandson in an effort to boost the young man's spirits.

Now undefeated through five career starts for trainer and co-owner Tim Martin, Tyler's Tribe has greeted his young namesake in the winner's circle after each victory.

“(Tyler has) been to every single race. We've given him all of the photos and trophies. He can't believe all of the people who have come out to support him at the races,” Lepic told America's Best Racing. “He loves every minute of it. He loves going to the backside to see Tyler's Tribe.”

Another heartwarming aspect of the Tyler's Tribe story is his jockey, 20-year-old Kylee Jordan. Jordan is currently the leading female rider in North America with 132 wins under her belt. She has been aboard Tyler's Tribe for each of his five career starts, and retained the mount for the Breeders' Cup World Championships.

Read more about Jordan's journey in this Paulick Report feature: 'Raised In Racing, Jordan Sisters Taking On The World Together'

It was in 2018 that Godolphin sponsored the family of young Cody Dorman at Keeneland's Make-A-Wish Day. Dorman, who suffers from the rare genetic disorder Wolf-Hirschhorn Syndrome, then enjoyed a Godolphin farm tour that would change his life forever.

The young man and the then-unnamed colt Cody's Wish met and instantly developed a special bond. In fact, the foal actually walked over to Dorman and put his head in his lap.

According to wtvq.com, Dorman's father said that meeting with the Godolphin foal was a rare moment for his son.

“As far as actually hearing him laugh out loud – we've only seen those times maybe I can count on one hand, and he did it that day,” Kelly Dorman told WTVQ.

Dorman has suffered thousands of seizures and dozens of surgeries. Doctors told his family he would only live for two years, but Dorman is 16 years old in 2022.

Now the morning-line favorite for the Breeders' Cup Dirt Mile, Cody's Wish and trainer Graham Motion will look to give Dorman a huge thrill in the World Championships of Thoroughbred racing.

The shock 80-1 upset winner of this year's Kentucky Derby immediately catapulted his trainer Eric Reed into the national spotlight. It was just the second graded stakes winner of Reed's career, and Rich Strike entered the Run for the Roses on a five-race losing streak after having been claimed for $30,000 in September of his 2-year-old year.

“We're not supposed to be here, but I knew this horse would love the track,” Reed said on the first Saturday in May. “It's a horse race, anybody can win it and the tote board don't mean a thing.”

It was the biggest win of the trainer's career, and it came after a series of tragedies struck the small-time operation: in 2016, a lightning strike burned down a barn at his Mercury Equine Center, killing 23 horses, and just last year, Reed lost two assistant trainers to cancer.

Meanwhile, owner Rick Dawson only stayed in the racing industry because of Reed. He had become disenchanted with the business, but Reed helped him regain his faith. He now has two horses in training, one of which is Rich Strike.

The colt almost didn't make the starting gate on the first Saturday in May. He earned his way to the Kentucky Derby's also-eligible list via a third-place finish over the synthetic at Turfway Park in the G3 Jeff Ruby Steaks, but at 8:45 a.m. on Friday before the race, Reed was told there would be no scratches from the Kentucky Derby. He was disappointed, but began calling around to inform his clients and friends of the news.

At 9 a.m., a different phone call came through with the news: Ethereal Road was a scratch, after all, and did Reed want to run his horse?

“I couldn't even breathe to answer to say yes,” Reed relayed.

Fast forward five weeks, when the 3-year-old son of Keen Ice failed to fire in the Belmont Stakes, however, it seemed the ride of a lifetime was nearly over.

Not so fast, warned Reed.

A respectable run in the Travers led to an all-out battle to finish second to Hot Rod Charlie in the Lukas Classic, and now the chestnut longshot will face off against the best in the world in this Saturday's Breeders' Cup Classic.

“Richie deserves the chance to run against these types of horses,” Reed told the Kentucky HBPA's Jennie Rees this week.

A heartwarming image from the undercard on Kentucky Derby day brings us to the story of trainer Jason Cook and his Breeders' Cup Dirt Mile contender Three Technique.

A single father, Cook embraced his 12-year-old daughter Peyton in the shadow of the Twin Spires on the first Saturday in May after having just saddled his first stakes winner in 25 years.

“I wanted to win that race because I wanted my daughter to experience that,” Cook said. “She cried for 45 minutes after the horse won. Everybody in that winner's circle was in tears, not because it was that great or big a stakes, because it wasn't. They could see how much it meant to my daughter.”

Among those tearing up were a number of Kentucky horsemen who stepped in to help Cook raise Peyton after her mother died nearly 10 years ago, including Ben Huffman, Steve Hargrave, and Greg James and his wife, among others.

“I'm glad for all those people to see her happy, everybody that's helped me with her,” Cook said. “It's amazing how many people have helped me with my daughter. When I'd go saddle a horse when Peyton was five, I'd drop her off in the racing office, saddle the horse, then I'd come get her and watch the horse run.

“Now that she's a little older it's a little easier, but every one of those people helped me get to where we are today.”

Fast forward to the World Championships, and though Three Technique may be 30-1 odds on the morning line, Cook believes his colt is up for the challenge. Since his Derby day win, Three Technique has finished second by a neck to fellow Dirt Mile contender Cody's Wish in the listed Hanshin Stakes, and most recently ran third in the G3 Ack Ack Stakes.

A New Mexico-bred mare conceived on a $3,500 stud fee will start as a 15-1 chance in this year's Filly & Mare Sprint, having earned her way into the field via a 6 1/2-length victory in Keeneland's Grade 2 Thoroughbred Club of America Stakes. Slammed is from the first crop of Marking (Bernardini), a multiple graded stakes-placed stallion standing in New Mexico at Fred Alexander's A & A Ranch.

The 4-year-old will be the second New Mexico-bred to start in the Breeders' Cup since Rick's Natural Star finished up the track in the 1996 Turf at Woodbine.

Slammed won five stakes races in her home state before trainer, co-owner, and co-breeder Todd Fincher decided to try his luck at Del Mar. She won an allowance race, then ran second by a half-length in the Grade 3 Rancho Bernardo after stumbling at the start. Her final prep for the Breeders' Cup was her runaway win in the TCA, after which her connections paid $200,000 to nominate the filly for the World Championships.

Slammed is owned by Barbara Coleman, Stan and Suzanne Kirby, and co-breeder Stan King. She is out of another New Mexico-bred named Hennesey Smash, who won seven of eight starts under Fincher's care.

Fincher has long been a popular name in New Mexico, stemming from his 10-year career as a jockey who won over 900 races and later on for his training prowess, saddling earners of over $1 million every year since 2009.

The trainer's breakout year was supposed to come in 2018, when Fincher sent out Runaway Ghost to win the Grade 3 Sunland Derby and earn a spot in the Run for the Roses. He is also out of a former Fincher trainee, this time the 10-time winner Rose's Desert (earner of $626,035). Fincher's Derby dreams fell apart, however, when Runaway Ghost suffered a fractured shin and had to be given time off. The colt did return to the races and earned $783,509 with eight wins in 15 lifetime starts.

Two years later, that colt's half-brother Senor Buscador showed up to win Remington Park's Springboard Mile in just his second career start. Again, Fincher started dreaming about the first Saturday in May, but the colt ran fifth in his next Derby prep and took nearly 17 months to make it back to the races.

Finally, Fincher appears poised to get his shot at the big time. He not only has the talented filly Slammed in the Filly & Mare Sprint, he'll enter that one-time Derby hopeful Senor Buscador (loosely translated from Spanish to Mr. Prospector) in the Dirt Mile after the 4-year-old's last out win in the Grade 3 Ack Ack at Churchill Downs.

“It's unbelievable,” Fincher said after Slammed's TCA win. “To ever even have one good enough to be in the Breeders' Cup, coming from New Mexico, where us trainers really don't get opportunities. You know, all these really nice farms, they don't look to a trainer in New Mexico to try to get their horse to the Kentucky Derby or Breeders' Cup, so we have very limited opportunities. So this is just unbelievable, to have two in one year. It's just crazy.

“The horses are the stars, and we love them like you can't believe. We're very, very proud of them, especially a New Mexico-bred.”

Read more about Fincher in this Paulick Report feature from 2020: 'I Never Thought We'd Be Able To Go Twice' 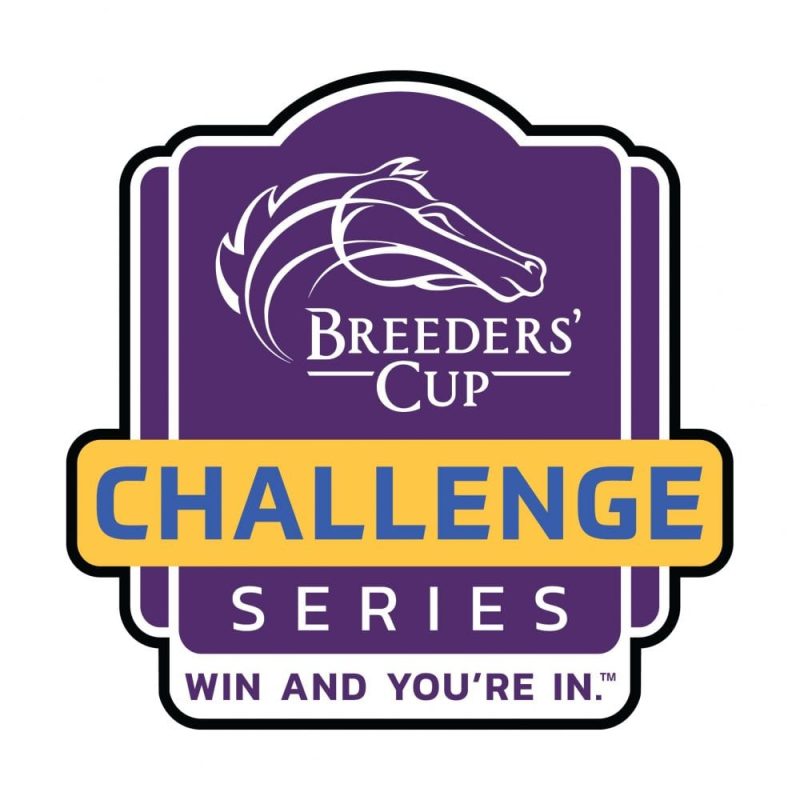