Veterinarian  Bradley Gordon was summarily suspended Sept. 22 by the Prairie Meadows board of stewards in Altoona, Iowa., for allegedly violating both state of Iowa and Horseracing Integrity and Safety Authority regulations.

“On Sept. 22, 2022,” the ruling states, “the board of stewards received a report from the Iowa Racing and Gaming state veterinarians and Prairie Meadows security stating on Sept. 19, 2022, Bradley Gordon, DVM, was found to be in possession of prohibited substances and incomplete and/or falsified log reports submitted to state veterinarians.”

The ruling cites Iowa Code section 491 IAC 6.5(3), stating a licensee “has been involved in any fraudulent or corrupt practices, including, but not limited to: 491 IAC 6.5(3)(i), conduct in Iowa or elsewhere has been dishonest, undesirable, detrimental to, or reflects negatively on, the integrity or best interests of racing and gaming.”

HISA regulations cited by stewards that warranted the summary suspension were: HISA 2230 (e) (pertaining to possession of a syringe); HISA 2251 (b) (submission of veterinary reports on a timely basis); and HISA 2271 (a) (prohibiting “use of physical or veterinary procedures to mask the effects or signs of injury so as to allow training or racing to the detriment of the horse's health and welfare”).

A hearing date has not yet been set for Gordon. Rick Evans and Cynthia Smith are the state stewards and Rick Sackett the association steward.

Gordon is the second veterinarian summarily suspended by the Prairie Meadows board of stewards this year.

On June 16, the owner-trainer license of Dr. James Hume was summarily suspended after being found to be in possession of multiple injectables, hypodermic needles and syringes on the backside.

An owner-trainer, Hume is also a veterinarian but not licensed as such by the Iowa Racing Commission.  He testified to stewards in a hearing that he “has a veterinarian practice off the grounds and had gone to client's farm on his way to the racetrack and that was the reason his medical bag was in his vehicle.” 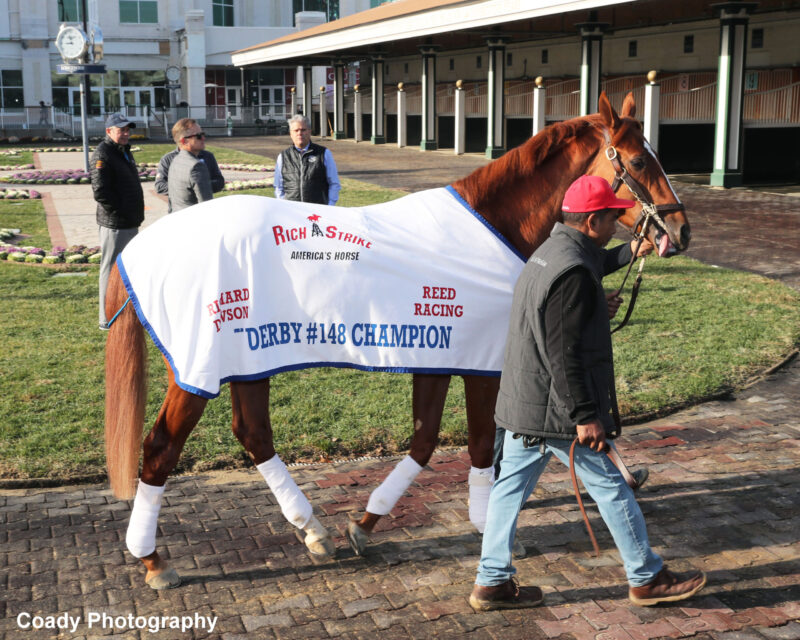 ‘It’s Great To Be Able To Keep A String Of Horses Home’: Trainers Begin To Settle Into Trackside Louisville For Winter Training