“It hasn't come easy for me – I've had a lot of injuries – but that's what makes every win worth it,” Alvarado said following a winner's circle celebration for his career riding feat. “A Grade 1 or a claiming race, I'm grateful for each win. I don't take anything for granted.”

“It seems like a whole year since winning a race. I wanted it so bad. It seems like I was riding against 10 horses for each horse I was riding,” said Alvarado, who had gone winless in his 10 starts since winning his 1,999th race Jan. 18. “Maybe I was over-trying. Today, I had a mindset to take it race by race, take it easy and not overdo anything.”

The 36-year-old journeyman is scheduled to ride Art Collector in next Saturday's $3-million Pegasus World Cup Invitational (G1) at Gulfstream for Hall of Fame trainer Bill Mott, who has been one of his most loyal supporters for many years.

Alvarado won No. 2,001 for Mott in Saturday's Race 9 aboard Candy Man Rocket ($4.80), who was coming off an 11-month layoff since winning a Feb. 22 optional claiming allowance at Gulfstream.

Alvarado is coming off a memorable and successful 2022 racing season, during which he rode Mott-trained Olympiad to four graded-stakes victories, including a win in the Jockey Club Gold Cup (G1). He finished second on Olympiad in the Breeders' Cup Classic (G1) behind Flightline but found the Keeneland winner's circle aboard Mott-trained Cody's Wish, who scored a feel-good triumph in the Breeders' Cup Dirt Mile (G1).

Alvarado, who rode his first career winner at La Rinconada in 2005, rode his first U.S. winner [Rodolfo Garcia-trained Satira] at Gulfstream Feb. 17, 2007, 15 days after making his U.S. debut at the Hallandale Beach track.

Alvarado has notched 17 Grade 1 victories while riding the winners off nearly $119 million in purses.

Alvarado moved on to the Chicago circuit in 2008 and steadily established himself as a force at both Arlington Park and Hawthorne. He began riding at Aqueduct during the winter months in 2012 and moved to ride fulltime on the New York circuit in 2012. For the past several winters, Alvarado has been riding at Gulfstream during the Championship Meet. 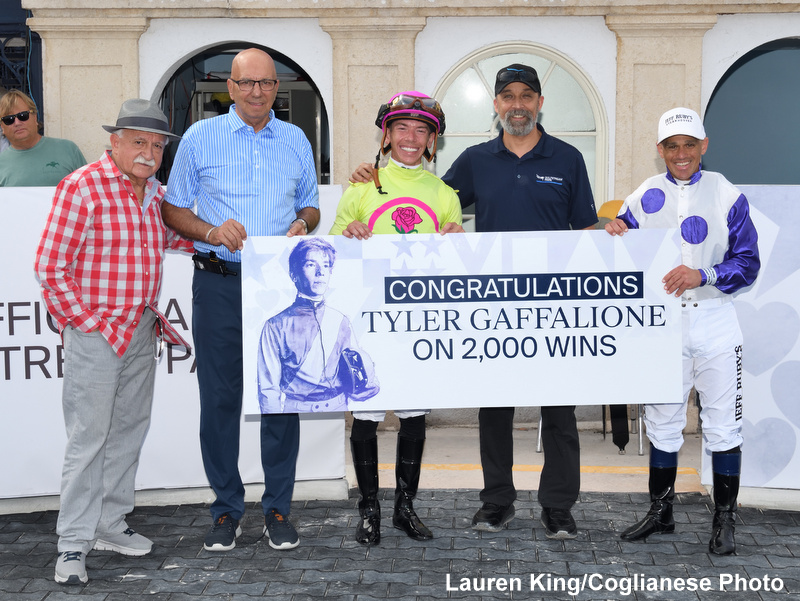