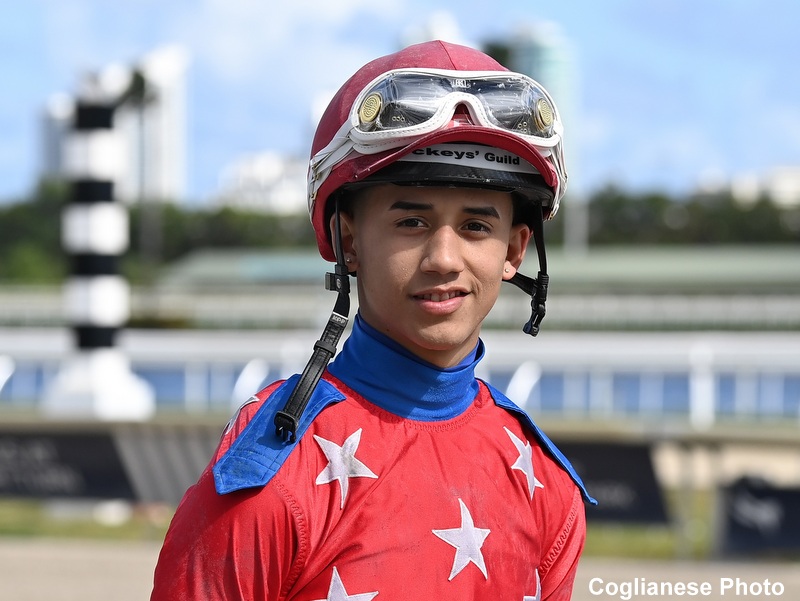 After spending the early part of his first full U.S. winter at his Maryland home base, standout teenage apprentice jockey Jeiron Barbosa is enjoying some time in the sun this week – in more ways than one.

The Puerto Rico native, who turned 19 last month, made his riding debut at Gulfstream Park Wednesday, finishing fourth in Race 2 aboard 5-year-old Gypsy Kitten, trained and co-owned by Gerald Brooks.

Barbosa has another mount for Brooks and co-owner Carl Hess Jr., 4-year-old filly Breezy Connection, in Race 2 Thursday, a maiden claimer where they are the 8-5 program favorite. That night, Barbosa will be in attendance for the Eclipse Awards at The Breakers in Palm Beach, Fla. where he is a finalist for champion apprentice of 2022.

“I appreciate the opportunity that the trainer gave me to ride today. I am riding another horse tomorrow, and I am very excited to be here,” Barbosa, still getting a handle on the language, said through an interpreter. “I feel very excited and very proud. It's an honor to even be nominated as one of the top three apprentice riders in the country.”

Based year-round in Maryland, riding primarily at Laurel Park and historic Pimlico Race Course, Barbosa launched his pro career Jan. 1, 2022 in Puerto Rico and won three of 72 races before coming to the U.S. Just two days after arriving, he earned his first domestic wins on each of his first two mounts – Heliacial Rising and Ludicrous Mode – March 25 at Laurel. Barbosa picked up his first career stakes win with Music Amore in Laurel's Searching Aug. 6.

In 2022, Barbosa ranked second in wins (182) and purses earned ($5,685,182) and was third with 1,033 starters among apprentice riders. Represented by agent Tom Stift, he won three titles in Maryland – the spring and fall stands at Laurel as well as Pimlico's boutique fall meet. He ended the year with 107 wins at the two tracks, ranking second only to four-time overall champion Jevian Toledo.

“I'm very happy because we had a great year. We were able to win a lot of races and three riding titles. I have to thank my agent and all the owners and trainers that gave me the opportunity to ride their horses,” Barbosa said. “We put in a lot of hard work during the year and to win the Eclipse would mean everything to me.”

Joining Barbosa as Eclipse Award finalists are Vincente Del-Cid and Jose Antonio Gomez. Louisiana-based Del-Cid, out since late November with an injury, led all apprentice riders with 246 wins while Gomez, who rode primarily in New York, Pennsylvania and New Jersey, was tops with more than $7 million in purse earnings.

“When I was in Puerto Rico at the jockey school, I went to Maryland and saw the horses breezing in the morning, and I liked it so much I had the desire to ride there. It was a dream come true when I got there,” Barbosa said. “I thank God for the opportunity, and I feel like I have a real shot to win.” 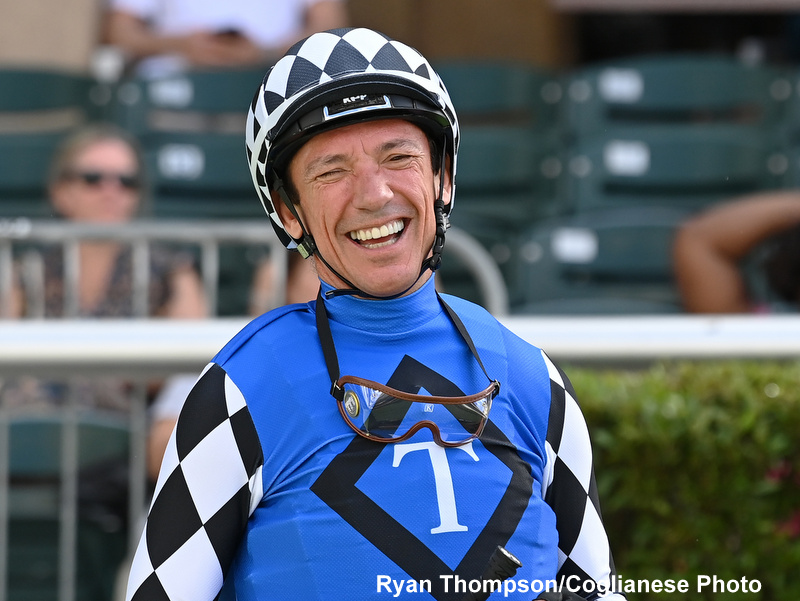 Frankie Dettori Back At Gulfstream For One More Try In Pegasus 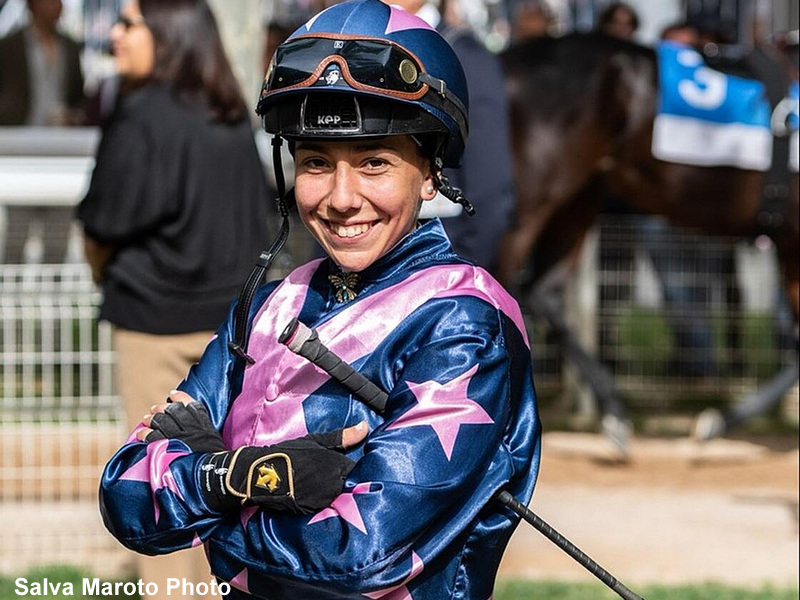 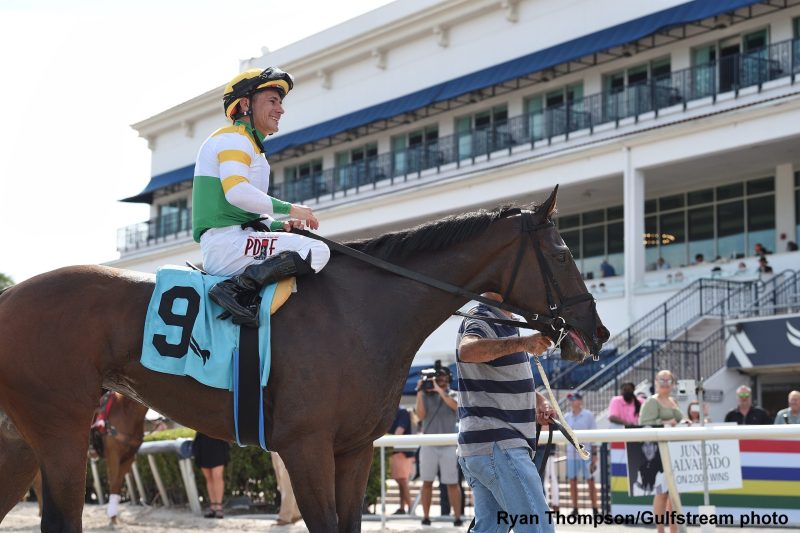