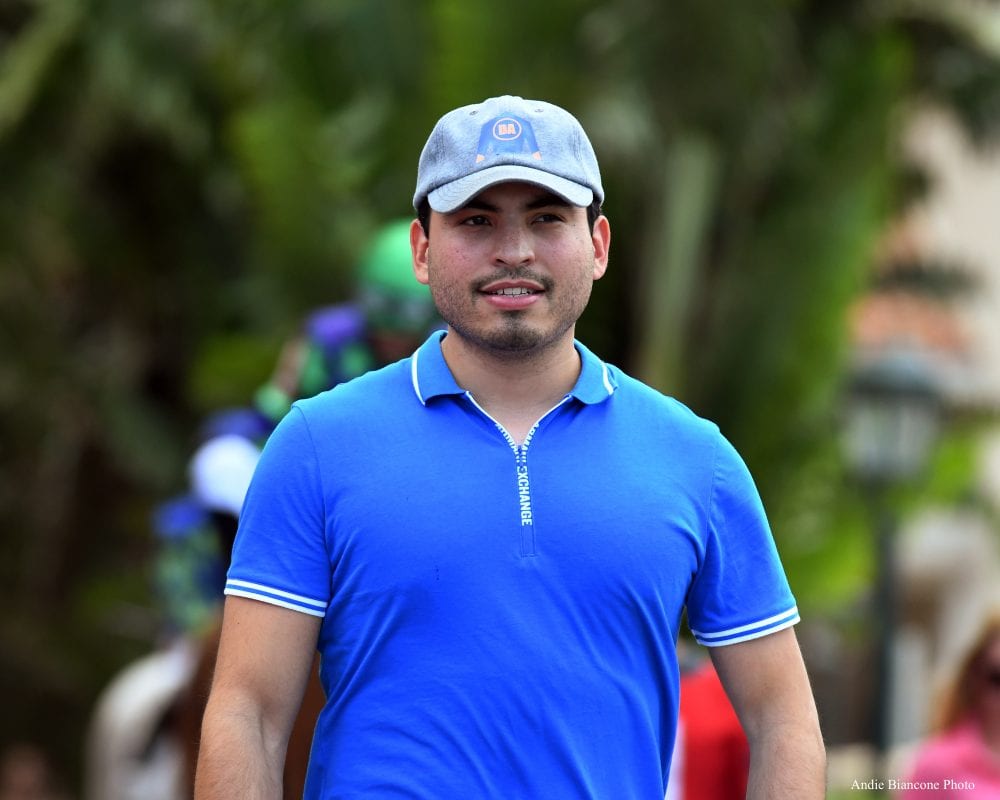 When Jorge Delgado saddles CSLR Racing Partners' Awesome Strong for a bid to complete a sweep in the 2022 FTBOA Florida Sire Stakes series Saturday at Gulfstream Park, the up-and-coming trainer will be living the American dream that has driven his early success since arriving in South Florida from Venezuela.

“It's been a dream for me since I came to this country to have horses to compete in these races. To sweep the series would be the biggest thing to happen to me so far in my career,” said the 32-year-old trainer, who ventured to the U.S. in 2013 and saddled his first horse in 2017.

Undefeated Awesome Strong has been installed as the 7-5 morning-line favorite to complete a FSS sweep in the $400,000 In Reality, the 1 1/16-mile finale for juvenile colts and geldings that will co-headline Saturday's Gulfstream program with the $400,000 My Dear Girl, in which Lynx will also attempt to sweep the FSS juvenile fillies division series.

Awesome Strong, a son of Awesome Slew who debuted with a six-length victory May 6, has dominated his rivals in the first two legs of the FSS series, the $100,000 Dr. Fager Aug. 6 and the $200,000 Affirmed Sept. 3 to have a chance to become the 10th horse to sweep the lucrative series for juvenile colts and geldings sired by accredited Florida stallions.

A FSS series sweep by Awesome Strong would be yet another highlight for Delgado during a most successful 2022 season, in which he is scoring at a 24-percent strike rate and has saddled his first two graded-stakes winners, Lightening Larry (Grade 3 Chick Lang at Pimlico) and Willie Boi (Grade 3 Smile Sprint at Gulfstream Park). Delgado is pointing Willie Boi, who finished third behind Jackie's Warrior in the Alfred G. Vanderbilt (G1) at Saratoga last time out, to the Nov. 5 Breeders' Cup Sprint (G1) at Keeneland.

Training horses has always been in the future of the nephew of Venezuelan training legend Gustavo Delgado, but he never saddled a horse in his homeland.

“You have to go to the school there to get your license. I went to school and graduated but never trained. My plan was always to come here,” he said.

Delgado followed his uncle to South Florida to chase his American Dream.

While working for his uncle, Delgado learned that they had a lot in common.

“What I saw was his determination and his work ethic. He was a winner. No matter how many races he won the day before, he'd be there early the next day. He was always hungry to win races and to be successful,” Delgado said. “His determination I really love and I got it from him.”

He also learned how to train horses up to important races from his uncle, who saddled 2019 Florida Derby (G1) runner-up Bodexpress for a victory in the 2020 Clark (G1) at Churchill Downs and Paola Queen for a triumph in the 2016 Test (G1) at Saratoga. His uncle saddled three Triple Crown champions in Venezuela.

“When he focuses on one horse for one big race, he is hard to beat if he has the horse. He can condition a horse for one big race,” said Delgado, who also worked for another prominent Venezuelan trainer Juan Rodriguez before going out on his own. “This time with Awesome Strong, I go back to those days with him.”

While learning his training lessons from his uncle, Delgado made it a priority to teach himself to speak English.

“I learned English mostly by listening to music and watching TV shows and hanging around with a lot of people I've met here. I've been lucky to make good friends and they correct me when they need to,” Delgado said. “Every time I have to choose a language on an APP on the phone or on the TV, I always choose English. I always push myself.”

His ability to communicate with owners and prospective clients has helped to fuel his growing success during his six-year training career, in which he has saddled 207 winners from 947 starters while winning at a 21-percent rate.

“I've always wanted to be a trainer. I learned to speak English because I wanted to be a successful horse trainer,” Delgado said. “Every time, I was in the gym or driving my car, in my mind, I was always thinking how to get to the big leagues. I have always been dreaming big. I've been preparing for this. People who know me, they know how hard I've been working to win.” 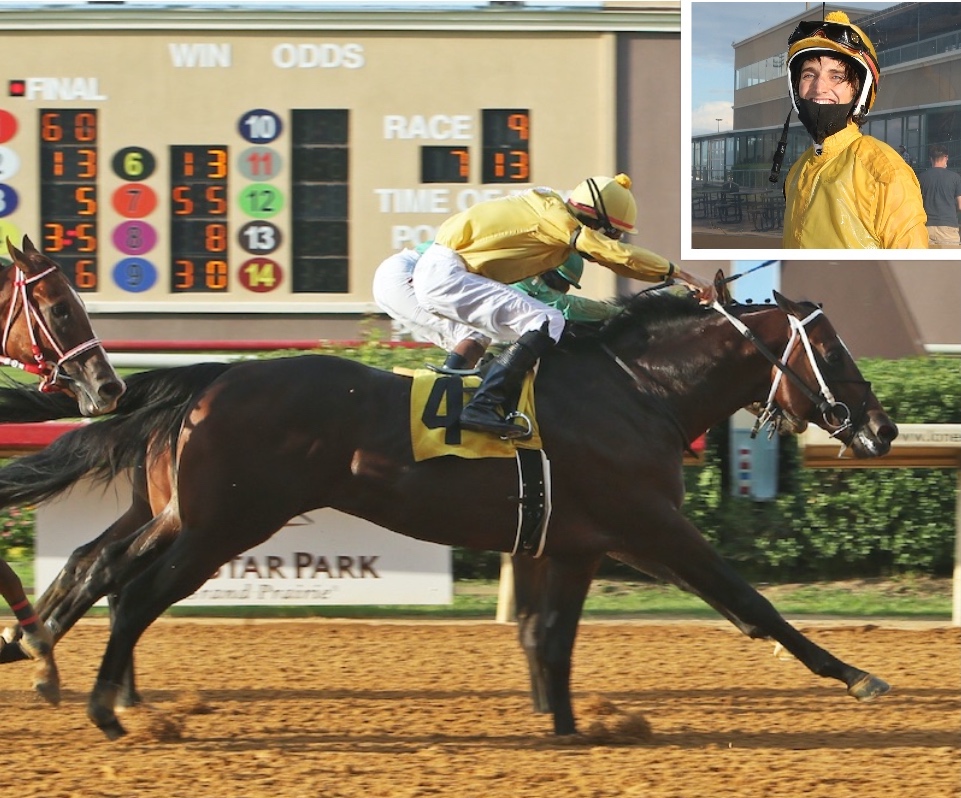