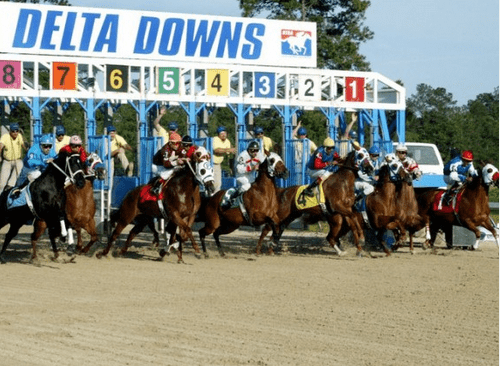 Jockey Vincente Del-Cid suffered a pair of facial fractures when unseated from his mount at Delta Downs on Saturday, reports the Daily Racing Form. The 21-year-old from Guatemala was scheduled to meet with doctors Tuesday to discuss surgical options for repair, but is expected to be out four to six weeks.

Del-Cid was aboard the wagering favorite Luck of the Stars in Delta's ninth and final race of the card, a $5,000 maiden claiming contest. The 3-year-old dueled for the early lead, but fell in the far turn and was vanned off the course.

Currently the leading rider at Delta Downs, Del-Cid won four other races before the incident in the ninth. Del-Cid is also the second-winningest rider in North America for 2022, having entered the winner's circle 266 times. That total is only bested by the 302 victories of Irad Oritz, Jr.

Del-Cid carried apprentice status through Nov. 13, and is in the running for the leading apprentice title of 2022.