“I feel great. It's amazing every time you have a chance to win a meet here,” Ortiz  said. “It's an unbelievable feeling. It's a lot of work and dedication. The trainers and owners give me big support, and my agent, Steve Rushing, does a great job.”

Ortiz celebrated 15 stakes triumphs during the 40-day meeting that ran from July 15 through September 5, capped by a resounding win with Life Is Good in the Grade 1, $1 million Whitney on August 6. He enjoyed four other Grade 1 victories, guiding top 3-year-old filly Nest to open-lengths scores in the $500,000 Coaching Club American Oaks on July 23 and the $600,000 Alabama on August 20; Goodnight Olive from off the pace to take down the $500,000 Ballerina on August 28; and Forte to a three-length victory in the $300,000 Hopeful on Closing Day.

Other stakes wins for Ortiz at the meet were a Grade 2 score in the Flower Bowl [Virginia Joy] and Grade 3 wins in the Troy [Golden Pal], Schuylerville [Just Cindy], Lake George [Dolce Zel] and Saranac [Annapolis]. He earned additional stakes wins in the Curlin [Artorius], the NYSSS Cab Calloway [Dakota Gold], the Bolton Landing [Love Reigns], the Funny Cide [Andiamo a Firenze] and the Albany [Bossmakinbossmoves].

“Nest was very impressive. It was amazing in the Alabama,” Ortiz said of his favorite moment this meet. “The Whitney was amazing, too. Life Is Good is an unbelievable horse. I'm glad I'm staying on top of him.”

Rosario, who finished fourth with a ledger of 39-34-15 from 184 mounts, captured the Grade 1 Runhappy Travers aboard Epicenter to secure his 12th graded stakes victory of the meet, setting a record for the most graded stakes wins by a rider in a single meeting at Saratoga.

Brown, winner of four Eclipse Awards for outstanding trainer, secured his fifth H. Allen Jerkens Award for top trainer at the Saratoga meet after posting a 197-42-30-34 record with earnings of $6,182,875, good for a win rate of 21.31 percent and on-the-board percentage of 53.81.

Brown earned his fourth consecutive title at the Spa and fifth overall after coming out on top in 2016, 2018, 2019, 2021 and this year. The 43-year-old conditioner credited his staff with his outfit's successes at the meet.

“They stayed focused and everybody contributed,” said Brown. “Of course, the horses, I'm so proud of this stable as a whole. They gave it their all, all meet. Very few horses didn't fire. Whether they won or lost is irrelevant. Very few times did I leave the unsaddling area disappointed with effort. It seems like more of them fired than didn't.”

Meet highlights for the Mechanicville, N.Y. native were Grade 1 victories with In Italian in the $500,000 Diana; Jack Christopher in the $500,000 H. Allen Jerkens Memorial; and Goodnight Olive in the Ballerina Handicap with Irad Ortiz Jr. aboard. He also scored Grade 2 wins in the Bowling Green [Rockemperor], Lake Placid [Haughty], Ballston Spa [Technical Analysis] and Flower Bowl [Virginia Joy]; Grade 3 wins in the Lake George [Dolce Zel] and Bernard Baruch Handicap [Emaraaty]; and three other stakes coups in the Curlin [Artorius], Skidmore [Oxymore] and Riskaverse [Gina Romantica].

Brown said his three Grade 1 wins, including saddling the top-four finishers in the Diana, were his favorite moments of the meet.

“The three Grade 1s are at the top,” said Brown. “The Diana with the first four finishers. And also, a wonderful ownership with the Ballerina winner [Goodnight Olive] – that's so many close friends of mine that pooled their money together and bought a nice filly. That was a great moment for me personally.”

Seth Klarman's Klaravich Stables continued its dominance at the Spa for the fifth straight year to come out on top as leading owner with 16 victories, two more than second-place Michael Dubb. Repole Stables finished third with 9 wins.

Klaravich Stables teamed up with Brown to celebrate a Grade 2 win with Technical Analysis in the Ballston Spa on August 27, and posted six other stakes placings at the meet. Klaravich Stables tallied a record of 16-12-11 from 77 starters for a 20.78 win percentage and $1,847,391 in total purse earnings.

‘I Want To Show That It Can Be Done’: Hall of Famer Desormeaux Back Race Riding, Taking Initiative To Stay Sober 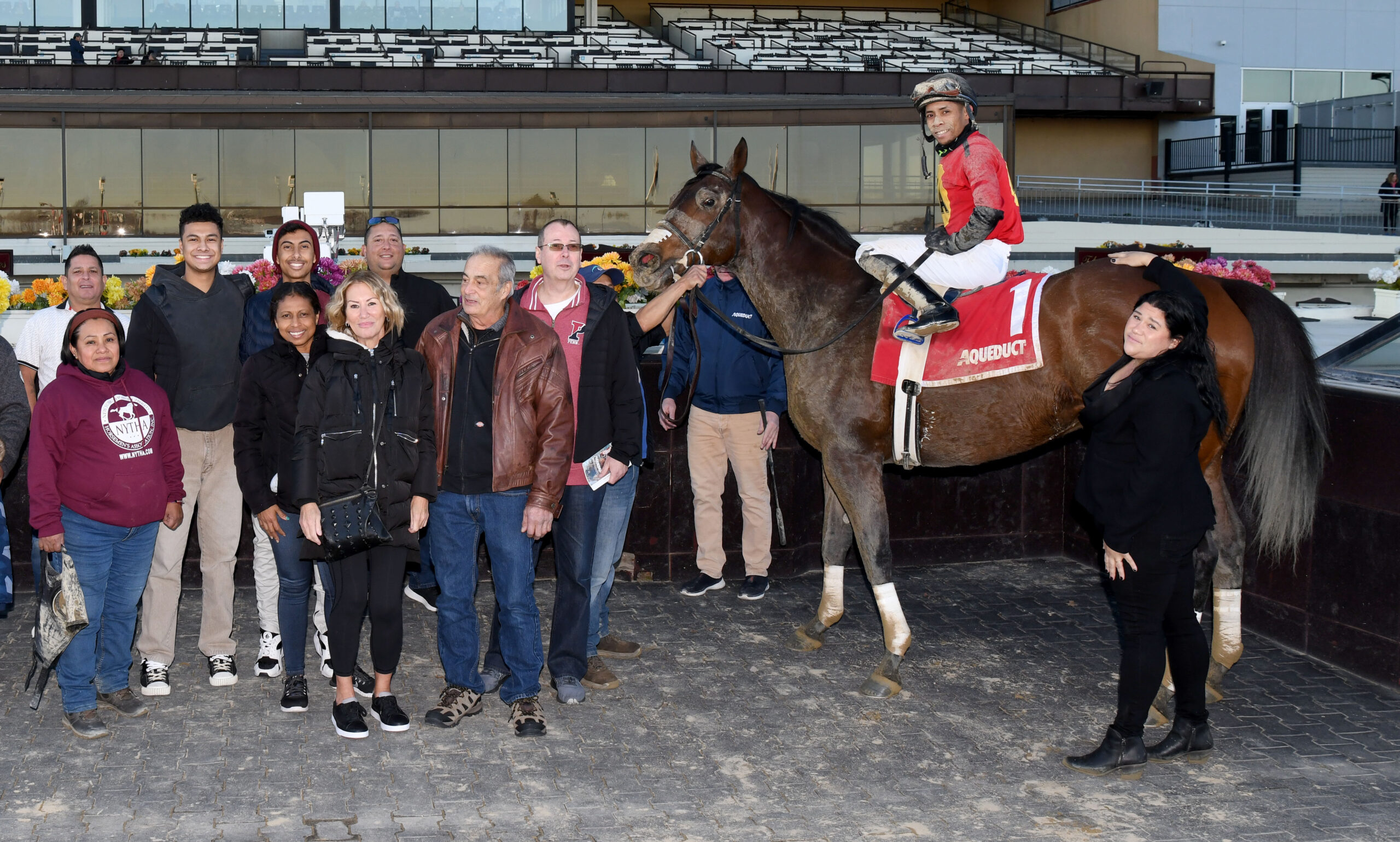 ‘I’m Certain I Made Quite A Scene’: Trainer Faith Wilson Relishing First Graded Stakes Win With Greeley And Ben