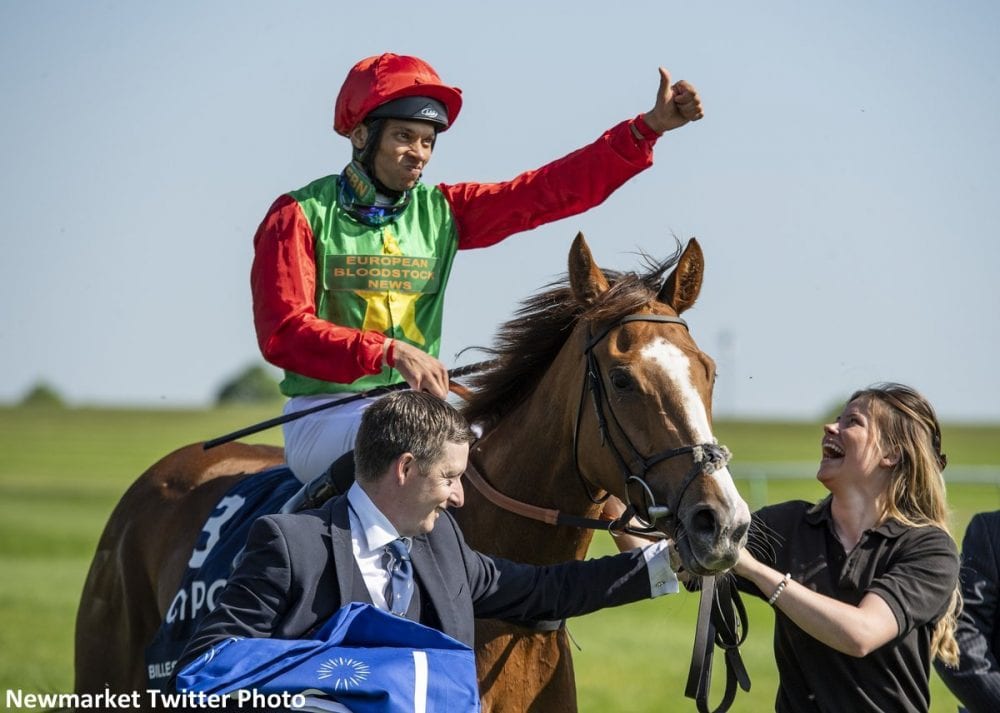 Sean Levey salutes the crowd after Billesdon’s Brook upset the 1,000 Guineas in 2018

When an instant saliva test produced a positive result for amphetamines, jockey Sean Levey was immediately suspended by the British Horseracing Authority and not allowed to ride. According to racingpost.com, that test has now been revealed to have been a false positive.

The suspension will have been in effect for nine days total, causing Levey to miss the finale of the Racing League contest in which he was the leading rider and poised to win a £20,000 first prize. Instead, jockey Saffie Osborne was able to make up ground on Levey and take home the bonus.

“Although I am happy to be back riding later this week, it's hard not to feel aggrieved at what has happened to me the last few days,” Levey told racingpost.com.

“Some might say I've been unlucky with the false positive happening just before the Racing League final, but I sincerely hope that there are lessons to be learned from this and that similar things don't happen to jockeys in the future.”

John Ferguson Appointed To British Horseracing Authority’s Board Of Directors