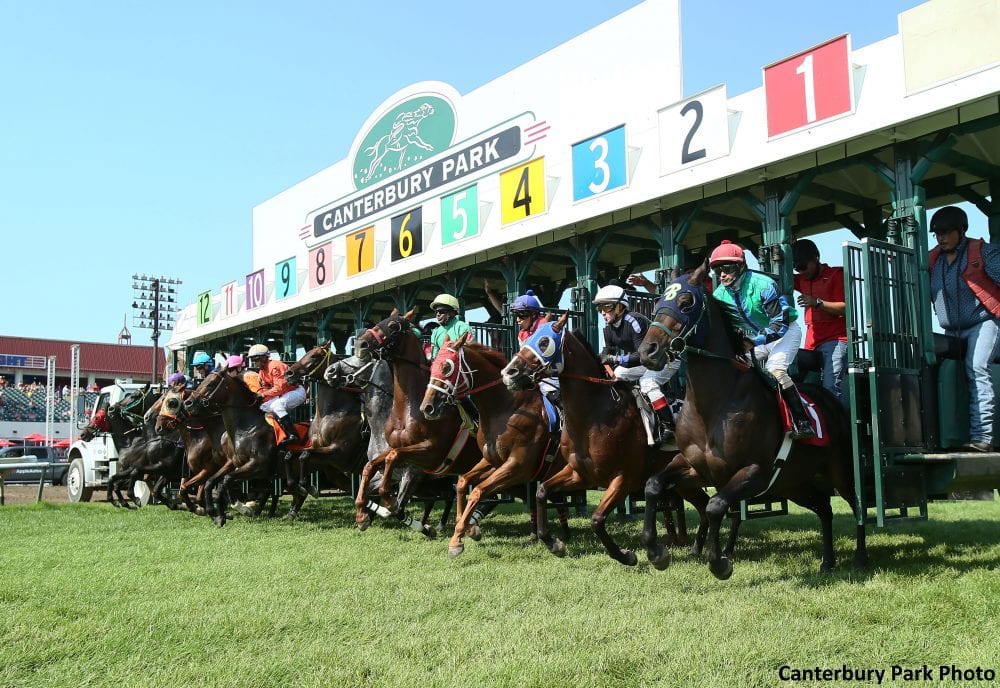 The fourth race on Wednesday at Canterbury Park was stopped by outriders and declared “no contest” after jockey Jermaine Bridgmohan fell from his frontrunning mount Mickey Dobbs and appeared to be struck by trailing rivals, according to the Star Tribune.

Medical personnel were still tending to Bridgmohan on the turf course when the field approached the stretch for a second time, leading outriders to call for the jockeys to pull up their mounts. Bridgmohan was taken to a local hospital and diagnosed with broken bones in his back, broken ribs, and a collapsed lung.

Bridgmohan, born in Jamaica, began riding professionally in 2006 and has won just over 900 races, including 22 victories during this season at Canterbury.

Read more at the Star Tribune.