The 2022 Louisiana Downs Thoroughbred meet enters its ninth week this Saturday. It has been an excellent start of the live racing season for jockey Jose Guerrero who has been on top of the standings since the meet began on May 7.

The 28-year-old has come a long way since he rode his first winner in 2016. With brief stints in Texas and Arkansas, he has found his home in Louisiana. Guerrero was fifth in the standings here in 2020 and finished as the third-leading rider last year. When the Louisiana Downs season wraps, he heads to Delta Downs, where he has finished fourth in the standings for the past two years.

The native of Mexico has been in the lead at Louisiana Downs throughout the 2022 live racing season, holding off tough competition including former leading riders Emanuel Nieves, Joel Dominguez and Carlos Lozada.

“My luck has changed since I came to Louisiana,” stated Guerrero.

Top ranked trainer Shane Wilson has given Guerrero the first call on the majority of his horses and explained what he saw in the talented rider.

“I took notice of him three years ago and told my owners that Jose was going to be the guy,” stated Wilson. “He was riding these 40 and 50-1 shots and out finishing much better horses. Always a hard worker, Jose was always first to arrive in the morning and would still be around when the track closed.”

Last year, Wilson sat down with Guerrero and asked him if he knew the difference between being a jockey and a skilled race rider.

“Jose wasn't really sure what I was getting at, but I told him that to win more races, he would have to learn to study, understand his competition and be able to make a plan,” explained Wilson.

Guerrero liked the idea, and got on board, ignoring teasing from plenty of folks on the backside asking him how his “film study” was going.

“Shane has given me so much confidence,” said Guerrero. “He saw something in me, and we have developed a strong working relationship. After I work horses, we watch replays and talk about what each horse does well and what I can do to win more races. Shane has taught me a lot.”

Steve Melancon is Guerrero's agent and has booked him successfully with a number of trainers, including Patti Turner, Tim Dixon and Bob Schultz. He credits Turner for giving him mounts when he was just starting out.

“Patti is such a nice lady,” said Guerrero. “I began galloping for her when I was an apprentice and will always remember Jack Be Quick when he was a 2-year-old. He was such a beautiful horse and winning on him was so special!”

Turner laughed when told that the Arkansas-bred son of Forefathers was one of Guerrero's all-time favorite mounts.

“Jose fell in love with that horse,” recalled Turner. He would come to the barn and rub on Jack, who could be a little bit of a pill! It took a while for them to connect, but they ended up getting along well. I am happy for his success; Jose is a really good guy!”

He is a fulfilled young man away from the racetrack in a committed relationship with Jaqueline Edison and their young son, Matteo.

“There is always pressure,” admitted Guerrero. “Everyone wants to win, and someone is always trying to pass you. I've been in that position before, so I understand. I am not thinking ahead to the end of the meet. I am proud of how I am doing now and will continue to be positive.” 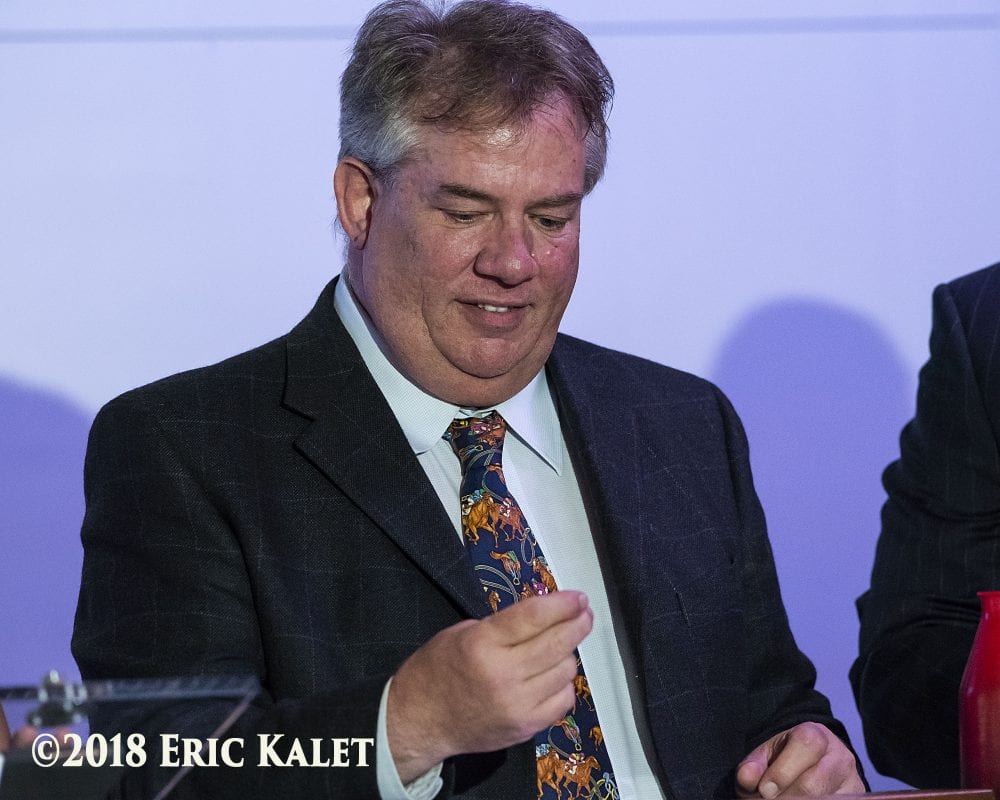