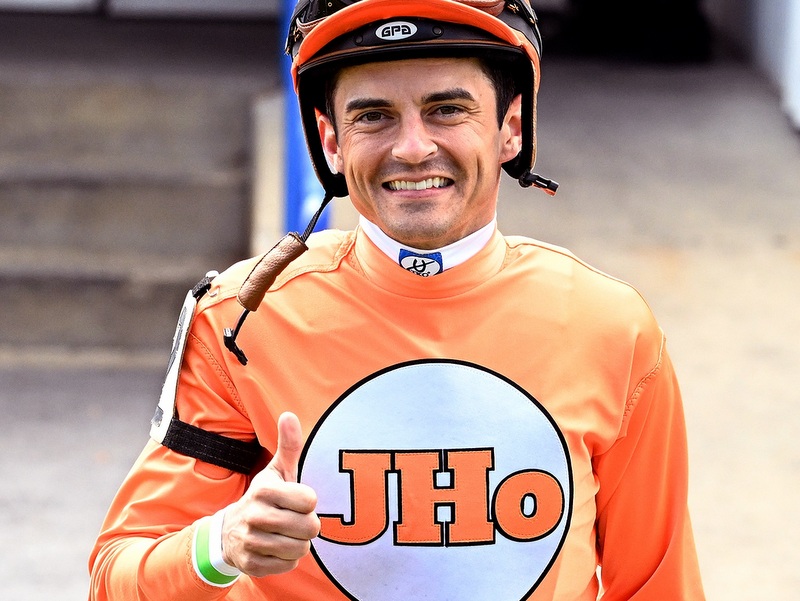 Jockey Sheldon Russell took off his mounts Sunday at Laurel Park and is considered “day to day” after being unseated at the start of Saturday's sixth race, according to agent Marty Leonard.

A seven-time meet-leading jockey in Maryland who was the state's overall champion in 2011, the 34-year-old Russell was shaken up when Raise Your Game, a 3-year-old filly trained by Mike Gorham, stumbled badly one jump out of the starting gate for the six-furlong claiming event and caused Russell to lose his balance.

Tended to on the track before being helped to his feet and into the track ambulance, Russell was replaced on his three remaining mounts, two of which – Full Count Felicia and Prince of Jericho, both trained by his wife, Brittany Russell – went on to win.

Russell is named in one of eight races Monday, three of nine races Thanksgiving Day, Nov. 24, and four of nine races Friday, Nov. 25 at Laurel. A winner of 1,544 career races, Russell went 296 days between races following surgery and rehabilitation for a right foot injury before winning in his July 1 return at Laurel.