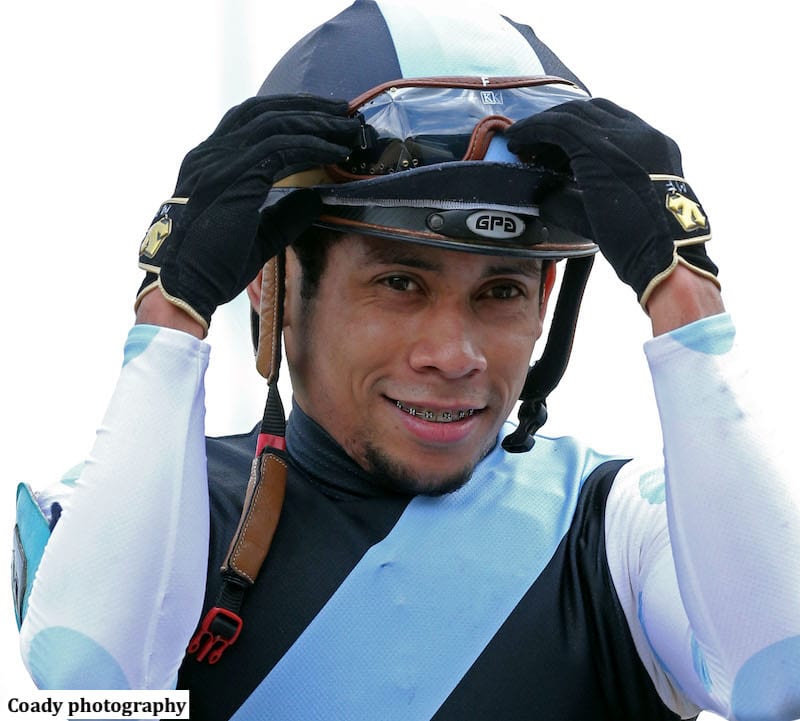 Multiple Eclipse Award-winning trainer Chad Brown has been nothing short of dominant over the last decade with his trainees in the Arlington Million (Grade 1) and Beverly D. (G1). On Saturday, the veteran horseman will trust the riding services of New York-based rider Manny Franco with Sacred Life (FR) in the $1 million Arlington Million and Rougir (FR) in the $500,000 Beverly D.

“Manny has really come a long way with his skill,” Brown said Wednesday from Saratoga following Franco's victory aboard Inflation Adjusted in Race 5. “He really pays attention a lot, is always trying to get better at his profession and I see him at the best he's ever been right now. He has a really good agent with Jon Panagot who's really great to work with and he fits a lot of our horses well. He's willing to ride any level of horse. I find him equally effective on turf or dirt and he normally puts my horses in good positions.”

The 27-year-old Franco has five other calls on Saturday aside from Brown's duo. His other mounts are Intrigue (Race 2), Teepu (Race 3), Zeitlos (Race 4), California Twirl (Race 6) and Keystone Field (Race 10).

Brown will be in search of his of his record extending fifth victory in the Arlington Million. He first won the storied race in 2013 with Real Solution. Four years later he was victorious with Beach Patrol and followed up that win in 2018-19 with Robert Bruce (CHI) and the great Bricks and Mortar.

In the Beverly D., Brown is also the record holder for the most victories by a trainer with six. His first win the Beverly D. came in 2011 with Stacelita (FR). From 2015-19 he won the 1 1/8-mile race with Watsdachances (IRE), Sea Calisi (FR), Dacita (CHI) and back-to-back runnings with Sistercharlie (IRE).

The Arlington Million will be conducted in Lane 1 on the Matt Winn Turf Course while the Beverly D. will be contested in Lane 3, 24 feet from the inside rail.

Wagering is available for the Arlington Million and every race from Churchill Downs on www.TwinSpires.com, the official wagering provider of Churchill Downs Inc. and the Kentucky Derby.