Remington Park president and general manager Scott Wells will always be the answer to one trivia question in connection with Oklahoma horse racing: Who was the first trainer to win a race when parimutuel racing returned to the state in 1984?

Wells was that trainer with a horse named Ye Song. There is nothing trivial about Wells' career after that, however. He was honored at Remington Park in Oklahoma City, Okla., on Friday night as he prepares to retire at the end of this Thoroughbred meet on Dec. 17.

When Wells announced his retirement, the chief executive officer of Global Gaming Solutions, who owns Remington Park, Skip Seeley, spoke highly of him in glowing terms.

Wells' career in the industry reads like a Who's Who of National and International Racing.

Wells started in the business as an assistant to his father, Ted, who was quite the horseman in his own right, being inducted into the American Quarter Horse Association Hall of Fame posthumously in 2014. Ted came to be known as one of the top Quarter Horse trainers of his era, conditioning Savannah Jr to World Champion honors two years in a row.

Having garnered the knowledge and inherited the talent of his father, Wells worked for him at the Wells Ranch in Pawhuska Okla., one of the nation's largest breeders of Quarter Horse racing. After getting his start, Scott accepted a debate scholarship at Texas Christian University in Fort Worth, Texas, before traveling to France in his junior year. While abroad, Wells rekindled the fire he had for horse racing. Returning to the states he was fortunate to catch on with a young trainer named D. Wayne Lukas. Lukas would go on to gain fame with 20 wins in Breeders' Cup races and be inducted into the National Racing Hall of Fame. He mentored Wells until the next rung in the ladder would form with a move to another Hall of Famer's barn, Jack Van Berg. Van Berg won the Kentucky Derby with Alysheba in 1987.

After two stints with Hall of Fame trainers, it was time for Wells to venture out on his own as a trainer. The native Oklahoman spent 17 years in the business as a licensed trainer and it included that win in 1984 at Blue Ribbon Downs in Sallisaw, Okla., the state's first pari-mutuel race in decades. Wells raced his horses in 14 different states before turning his sights on the track management side of the business.

Remington Park opened in Oklahoma City in 1988. Wells became a columnist for the Daily Racing Form in 1990, the same year he would begin a stint with Remington Park racetrack management. Through 1992, Wells climbed successfully upward in Remington Park's ranks. After two years in Oklahoma City, Wells packed his bags for the West Coast where Hollywood Park in Los Angeles, Calif., hired him as assistant GM. From there he became GM of Ruidoso Downs in the mountains of New Mexico. While there, he was the co-founder of the Ruidoso Downs Hall of Fame, originally installed at the Land of Enchantment state's Museum of the Horse.

Following his stay in New Mexico, Wells' feet became itchy for foreign soil once again. He became Director of Racing for the national racetracks of Mexico and Uruguay as well as a consultant to other Latin racing countries. He carried that knowledge back to the States with him in 2004 when he became the president and GM for Remington Park. For more than 16 years, he has led the track back from obscurity into the national spotlight with horses coming out of the Springboard Mile going into the Kentucky Derby the following year. While holding the top positions at the Oklahoma City track, he also became a leader for Lone Star Park in Grand Prairie, Texas, in 2013 with the same titles.

“It's a great feeling tonight being honored,” Wells said. “Horse racing is like a family with all the workers at Remington Park and Lone Star that have made us such a success. I came in following the example set by David Vance when he opened this track in 1988. Then joining and rebuilding with Matt Vance (executive vice president of racing operations) and Mike Chapple (VP of gaming operations).”

Wells also served three terms as President of the Thoroughbred Racing Associations of North America and three terms on the Board of Trustees of the American Horse Council. He has also authored three books – The Nicodemus Era, What A Way to Go, and Teaching Narcissus to Swim.

In 2022, Wells will be inducted into the Oklahoma Quarter Horse Racing Hall of Fame.

Despite the mountain of accolades earned in his career, Wells claims one event as the greatest moment of his life over the past 25 years, when he married his wife Mellyn. 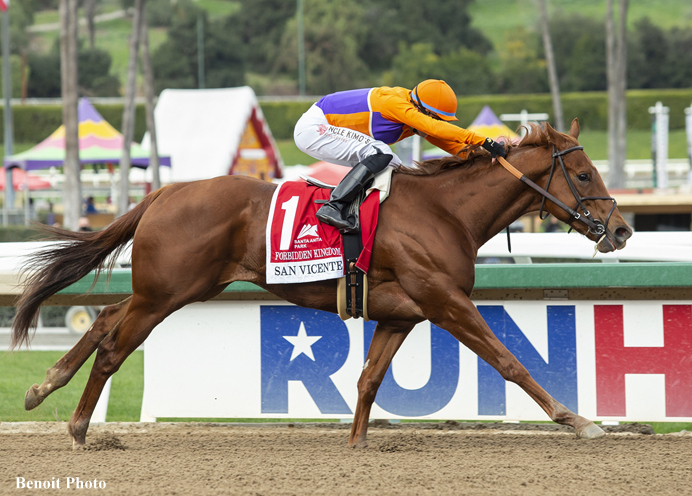