Jockey Roman Chapa passed away at the age of 50 on July 27, reports bloodhorse.com. The news was announced on social media by his sister-in-law, Danya Jegede.

Chapa was reported to have been injured in a race in Georgia back in March, which resulted in collapsed lungs and other health issues. On July 2, his wife wrote on Facebook that he had returned home after 103 days of medical care, 45 of which were in a medically induced coma.

The winner of 1,722 Thoroughbred races, Chapa did not ride in sanctioned races from 2015 through 2019 while serving a suspension for carrying an electric shock device in a race at Sam Houston Race Park. Chapa also rode 166 winners of sanctioned races aboard other breeds.

‘This Is What I Love To Do’: Andie Biancone Pulling Double Duty At Del Mar 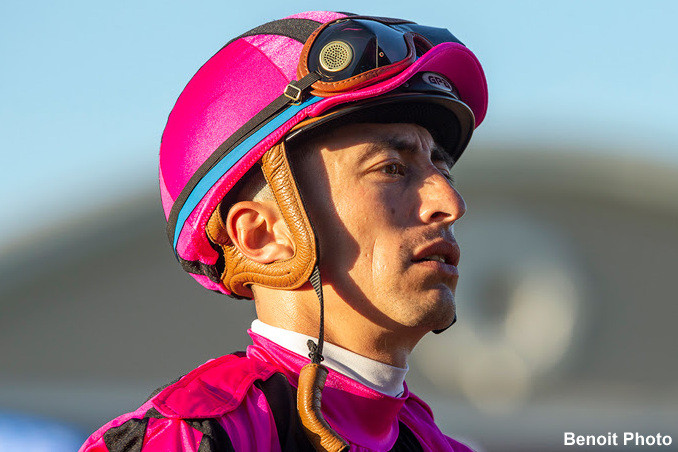 ‘I Always Wanted To Be Like My Dad’: Juan Hernandez Riding High Atop Del Mar’s Standings