There are just three more days remaining in the 2022 Sam Houston Race Park Thoroughbred live racing season. The 50-day meet, which will wrap on Saturday, April 9, has been successful on many levels showcasing the resurgence of Texas racing.

It will likely go down to the wire for jockey of the meet honors between two highly respected jockeys, who are just separated by one win heading into Thursday's card.

Stewart Elliott, who won the Sam Houston riding title last year and is locked in a close battle this meet with Ry Eikleberry, looks forward to the final three days of the season. He is booked on 25 mounts with the majority of his calls for Hall of Fame conditioner Steve Asmussen. The 56- year-old rider, who is represented by agent Scott Hare, has also had success this meet for trainer Mindy Willis and Mike Biehler.

“This is my third year riding at Sam Houston, and I really enjoy it,” said Elliott. “I am fortunate to ride for Steve. We have a very good rapport, and he always has his horses ready. Mindy has some very nice turf horses, and we work well together. I rode quite a few for Mike at Remington Park. He hasn't started that many this year in Houston, but our win percentage is solid.”

Elliott has a rich history in the sport, dating back to 1981 when he began riding in New England. He was the leading apprentice at Atlantic City and won several titles at Suffolk Downs and Rockingham Park. Honored by his peers in 2017 with the George Woolf Memorial Jockey Award, presented annually to the rider whose career and character positively support the sport of Thoroughbred horse racing. Elliott is also known for his prowess aboard Smarty Jones in 2004, with victories in the Arkansas Derby (G1), Kentucky Derby (G1) and Preakness Stakes (G1). His Equibase stats are extremely impressive with 5,319 wins from 33,746 starts and purses exceeding $114 million.

Elliott hopes to have a little time to go fishing before he heads to Lone Star Park in Grand Prairie next and then to Remington Park in Oklahoma City.

“I enjoy the three racetracks and this schedule suits me well,” he added.

While Elliott hopes to defend his title, Ry Eikleberry is intent on adding a Sam Houston top showing to his list of leading rider honors.

The Phoenix, Ariz. native finished second to Elliott here last year, but sent notice from opening weekend here in January, that he was going to make a significant run.

He took two months off toward the end of 2021 to recover from a fractured right wrist in a morning accident at Delta Downs. He wore a protective cast when he came to Houston, but clearly, he was healed and highly motivated.

“I figured I would have a good meet, based on my association with (trainer) Karl (Broberg), but having Jose Santos handle my book was really great,” said Eikleberry. “We were able to ride for Austin Gustafson, Robertino Diodoro and several other trainers. Stewart and I are both good at picking up on the way the track is playing. It's going to come down to the wire!”

He was considering options two years ago and the move to Texas and Louisiana has boosted his career.

“Honestly, the pandemic opened some doors for me,” he admitted.

Both riders have 25 mounts for the final three days of the season. Racing fans will enjoy this showdown between these two classy and competitive professionals.

Steve Asmussen, who has won 13 previous leading trainer titles at Sam Houston Race Park, enters the final week with 44 wins, five more than Karl Broberg. J. R. Caldwell, who was second in the standings last year, follows with 33 victories, followed by Austin Gustafson and Ronnie Cravens who are tied with 20 winners.

The leading owner title looks promising for End Zone Athletics, Inc. whose runners have made 27 appearances in the winner's circle this season. The ownership group, founded by Broberg, has been a force at Sam Houston for over a decade with previous titles in 2018 and 2020. Last year, End Zone Athletics finished second to Asmussen, who has won top owner honors here seven times. Heading into the remaining three days of the 2022 Sam Houston Race Park meet, Land and G Racing Stables follows with 16 wins and Farmers Fillies Racing and Danny R. Caldwell are tied for third place with 11 wins each. 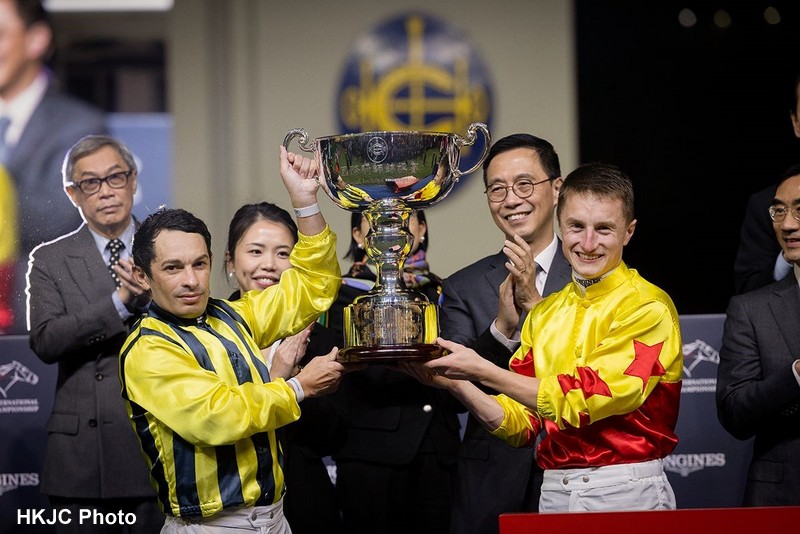