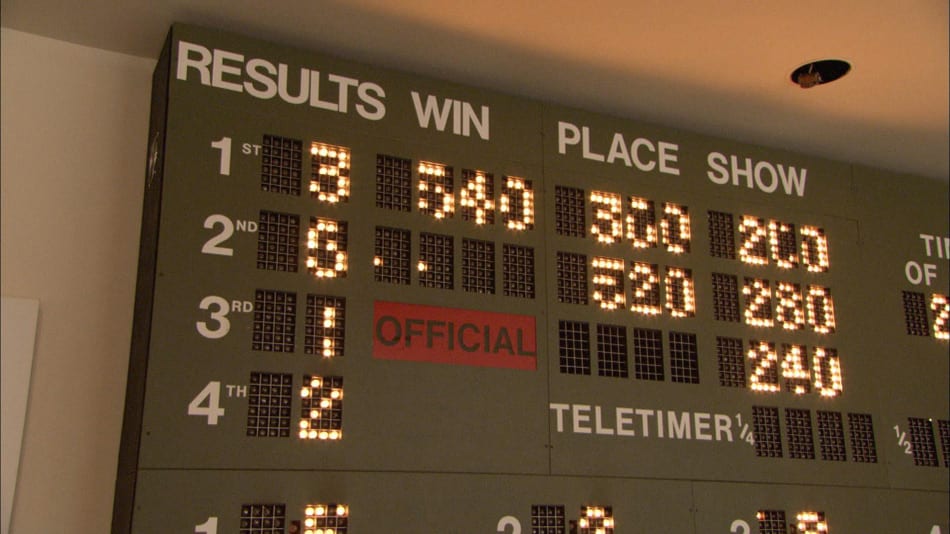 Last Saturday was a wonderful day at Belmont.  We saw great racing in great weather in a beautiful setting, and for customers there were huge pools to bet into. It was truly some of the best this sport – a sport my friend Eric Poteck calls “Gambletainment”  – offers. It had something for everyone.

On the customer side, though, we got to witness something not so great about the sport:  the late odds change phenomenon. It was particularly apparent in the sixth race – the Dwyer  – as Firenze Fire, the eventual winner, dropped from 5-1 to 5-2 last flash.

Late odds changes have been happening for some time, as a function of so much money coming into the pools from off track. But over the last few years with more and more interaction via social media, the reaction to these drops has reached a zenith. When a horse is 4-1 at the off, you're supposed to be happy when he or she wins, but when you somehow get paid $5.60 for your $2 bet, it understandably causes a negative feeling.

At Belmont on Saturday, as is customary in the pari-mutuel system, a large portion of the wagering was added to the pool at the off. For the big stakes and invitationals, the Dwyer saw 44.8 percent of all wagering after one minute to post, the Belmont Sprint 39.9 percent, the Belmont Oaks 29.9 percent, the Suburban 44.1percent and the Belmont Derby 47.4 percent.

I bet even some seasoned industry participants would find those ratios pretty shocking.

In terms of the reason for late odds changes that happen so often, it could be the computer teams, sharp money, a big one-off wager, or inside barn money betting through rebate shops doing the damage. Whatever the reason, in most cases these changes are usually just a resetting of the odds from what's bet early, to a fairer line.

For example, in the Belmont Derby, My Boy Jack went from 3-1 to 5-1 last flash because people on track seem to really like My Boy Jack, but the colt was not, in most bettors' view, worth 3-1. At small tracks this happens as a matter of course. Picture a hypothetical “Dina's Kitten” who is 3-5 early, who then rises to 7-1 final odds. Unbeknownst to us it was because the very well attended “Dina's 50th birthday bash” was held in the clubhouse.

Most industry analysts have offered suggestions to “fix” this issue – stop betting when the horses load, kill computer wagering and so on – but I think that's not optimal in a sport that needs a big wagering tent. The solution, in my view, lies in building a better system.

Exchange wagering has been a go-to system for years around the world, but in the United States it's still relegated to New Jersey. This is somewhat understandable because various U.S. entities do not want to give up control. But I fear the business may be missing out, especially since the Supreme Court decision authorizing states to conduct sports wagering allows for new systems like this to proliferate.

When you watch racing in the UK or Australia, the commentators quote the exchange price (or fixed odds price), with supreme confidence. Punters happily ply their trade shopping for prices and these prices are locked in, so late odds drops can't happen. The system works alongside the tote just fine, and after the race customers spend their time on Twitter doing what they should, talking about the race, rather than about what odds the horse they just bet dropped to.

For the Firenze Fire Dwyer win that has caught the eye of so many (whatever happened or didn't happen with one big bet),an odds shift downwards was assured, as the trading at Betfair exemplifies.

In that context, there's very little mystery about a large portion of the late money Firenze Fire took across the pools that knocked him down to 7-2. The markets said 5-1 was too high, and the late money corrected it to truer odds. That he ended up 5-2 (because of a large reported bet) probably means he was bet down more than most professional teams or sharp punters thought he should be.

With sports betting now passed in some states, the wagering public is being introduced to fixed odds, in-running betting and some pretty amazing technology. In time, they'll be growing more and more savvy and smart about wagering. In response, horse racing needs to step up its game. The current pari-mutuel system for win betting creates an unwelcome chaos in a multi-billion dollar wagering sport. Modern betting customers deserve and will increasingly demand better.

Dean Towers has presented at various wagering conferences across North America and is a board member of the Horseplayers Association of North America.