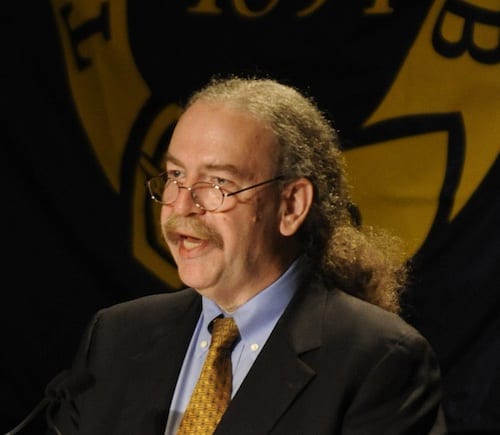 I have to admit Daily Racing Form publisher Steven Crist made a lot of sense when he wrote about Lasix. No, not the piece he authored last week when he said those who want to eliminate the raceday use of the anti-bleeder medication should practice what they preach and stop racing their horses on the drug.

And not the statement from the same article that called it deceptive and insincere thinking by those to want to phase out Lasix because of the perception among some in the general public that it is akin to “drugging up defenseless animals.”

No, I'm talking a 1987 article from the New York Times that seemed to take a decidedly different point of view, written by the same Steven Crist and making the rounds among the hay, oats, and water crowd over the last few days.

The article was written in connection with the 1987 Breeders' Cup, when at least 21 of 85 horses had been running on Lasix and, in Crist's words, were “perpetuating the sport's most unsavory aspect.”

His lead sentence reads: “More than anyone else, the nation's horse breeders should care about the medication crisis in Thoroughbred racing.”

Times have changed since 1987, I suppose. Back then, it was widely believed, as Crist wrote, that Lasix could flush “prohibited substances from a horse's system in order to elude post-race detection.”

Science now tells us that isn't true, at least when the Lasix is administered under strictly controlled circumstances. Drug testing has come a long way in 25 years. Science also has told us, through a study in South Africa that has been widely quoted of late, that Lasix does reduce the incidence of exercise-induced pulmonary hemorrhage.

Yet the United States and Canada are the only major racing jurisdictions that currently permit the race-day use of Lasix.

But Crist also wrote in 1987 that “horsemen no longer even bother paying lip service to the fiction that they treat their horses with Lasix to keep them from bleeding. They say that it can only help, and that they will use it because it is legal.”

I think anyone has a right to change his or her mind, and Crist is as serious a student of the game as there has been in the modern era. In addition to his achievements as a respected journalist, he's worked for the New York Racing Association, served on blue ribbon panels, and sat through more Jockey Club Round Table presentations than he'd probably like to admit.

Back then, Crist called for the Breeders' Cup, Triple Crown, and all Grade 1 races to be run without medication. “Breeders always talk about 'improving the breed,' and say that racing is merely the selection process for that goal,” he wrote. “The breeders, then, should be most concerned with the true ability of the best horses, whether they are really fast or just fast when on drugs.”

He concluded: “The Breeders' Cup was devised to increase flagging interest in racing and to draw new fans to the game. Instead, by continuing to permit Lasix on the year's supposed day of champions, the Breeders' Cup officials are perpetuating racing's worst image: that it is a shady gambling game in which drugs are as important as class, courage and talent. The sport is much better than that, and deserves much better from its self-appointed guardians.”

But that's just my opinion.  Read both articles for yourself.