Is it that difficult to show a race on television so that it both reflects the power and excitement of the Thoroughbred horse and yet still allows viewers to know what's going on in the race? Apparently so, especially if you happened to be the person in charge of televising Saturday's Belmont Stakes on ABC Sports/ESPN.


The actual race coverage of this year's Belmont may be the worst I have ever seen in more than three decades of watching horse racing on television. From the ridiculous start, where a camera on the outside rail seemed so distant you could barely distinguish one horse from another, to the constant camera cuts throughout the race (there were 11 changes, by my count), to the inaudible call by Tom Durkin, it was just plain awful.


I am not a proponent of sticking with the racetrack feed that shows a single pan shot of the race. But the ABC/ESPN coverage of Drosselmeyer's win was so bad I had to watch the feed of the Belmont Park replay to get a better idea of how the race was run.


When the field hit that stage of the sweeping Belmont course, the ABC/ESPN director switched to a distant pan shot that made the entire field look like miniature horses, then zoomed in to a more sensible distance. But no sooner had he done that than he went back to a tight shot before finally switching again to a longer pan shot for the final furlong.


ABC/ESPN must be so embarrassed with their coverage that even they have the Belmont Park track feed as the replay at ESPN.com (click here to view).


If, like me, you were subjected to ABC/ESPN's amateurish race broadcast, compare it with how today's Prix du Jockey-Club (French Derby) was televised in France. Fewer than half as many camera cuts were required, and even though the French may rely too much on that stationary camera on the rail that shows the field of Thoroughbreds charging past (it was shown twice), it was vastly superior to what the ABC/ESPN braintrust did.


I wish American television directors would try to learn a bit from how the French televise a horse race. Click here to watch the French Derby.


There are some positive things about the ABC/ESPN racing telecasts, particularly analysts Randy Moss and Jerry Bailey. But the entire broadcast was tarnished by the poor race coverage.


It was also tarnished by ABC's decision not to show the Manhattan Stakes, where favored Gio Ponti got nipped by stablemate Winchester at the wire. ABC/ESPN held the exclusive rights to the race and kept anyone else from showing it live, yet missed out on the opportunity to show a terrific horse race, and one with implications on the Breeders' Cup that was so heavily promoted throughout the broadcast. Many fans were furious that they were unable to see the race.


This is the final year of ABC/ESPN's contract for the Belmont Stakes (NBC's contract for the Kentucky Derby and Preakness also has expired). Let's hope all three races land on the same network, and the wish here would be for that network to be NBC.

Letter To The Editor: Wait For HISA To Get Everything In Place Before Picking It Apart 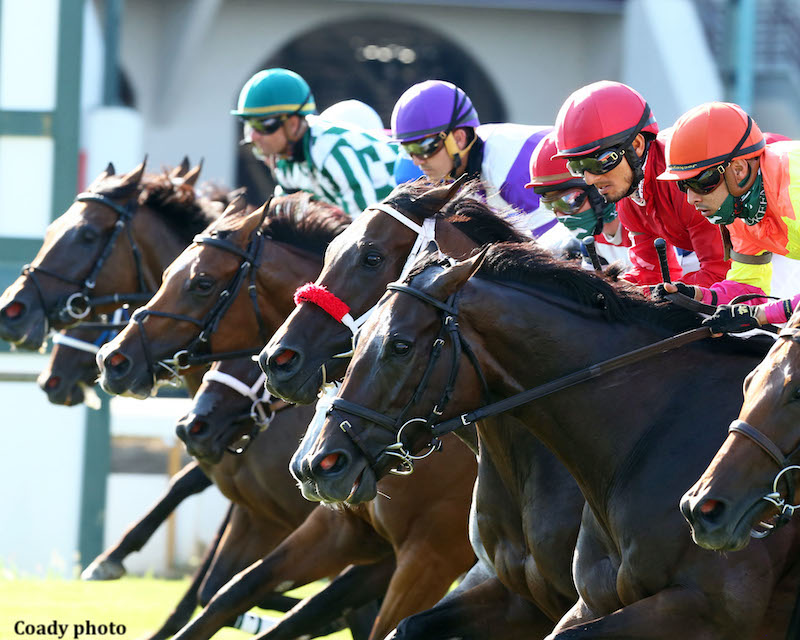 View From The Eighth Pole: Does HBPA Want Racing To Return To The Dark Ages?